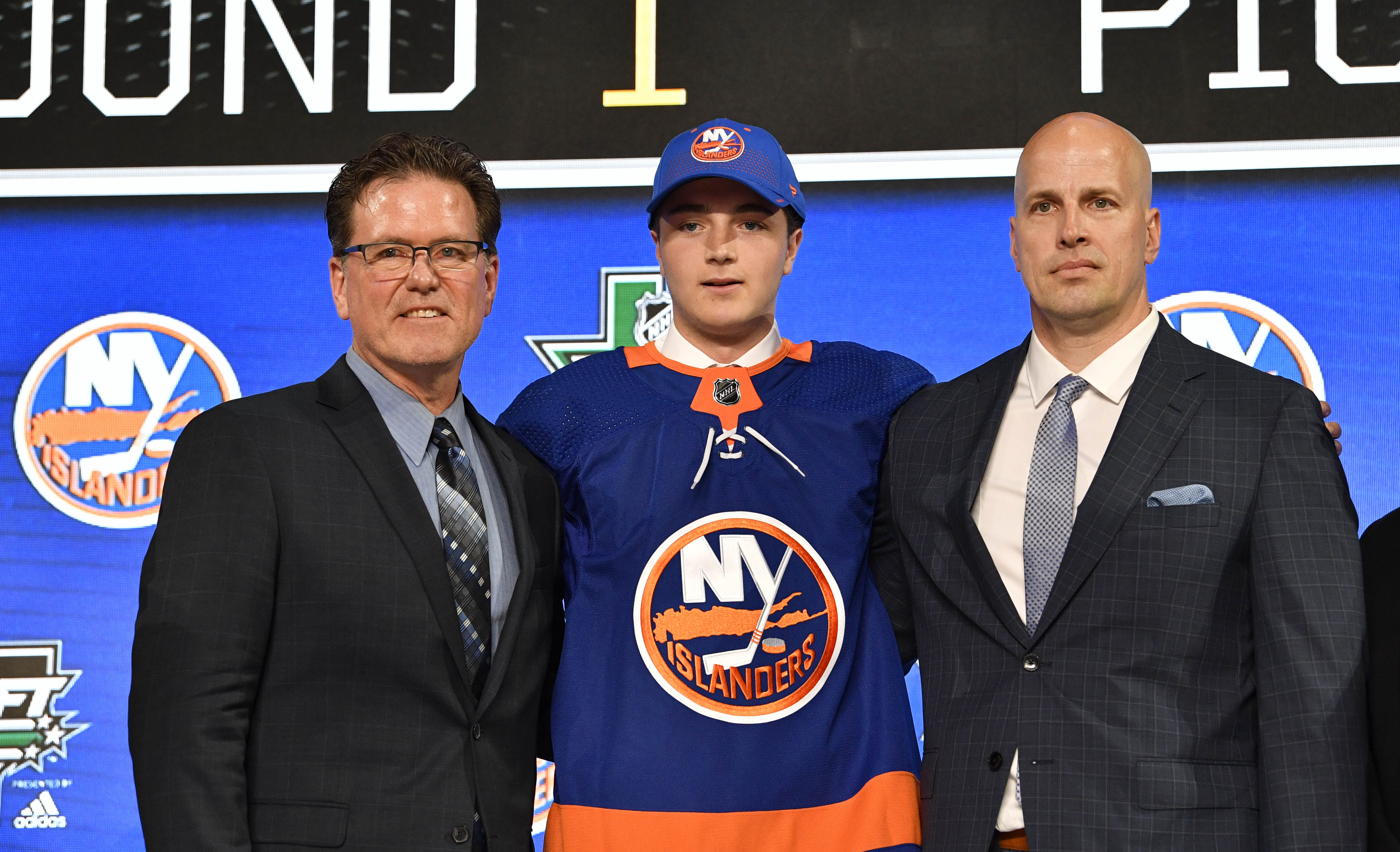 UNIONDALE, N.Y. — Noah Dobson was on the ice for warmups, but when the game started he was watching from afar.

The Islanders opted to go with a veteran over the young defenseman in their season-opening 2-1 loss to the Washington Capitals. Dobson wasn’t expected to play on Friday after he skated with the extras at the morning skate.

Dobson, selected 12th overall in 2018, made the team out of training camp. Johnny Boychuk played in his place and saw 21:15 of ice time.

Islanders head coach Barry Trotz said the decision was partially based on the opponent and partially on the fact he is nursing an unknown soreness.

“He’s going to be playing,” Trotz said adamantly before the game. “We’ll have a good plan and that plan will be internal. He will get proper reps, proper ice time, proper training. All that so that he can develop.

“We’re not going to do anything that’s going to stifle his development.”

The Islanders were put in a tough position due to Dobson’s age. At 19, he isn’t old enough to play in the AHL and it didn’t seem to make sense to send Dobson back to his junior club.