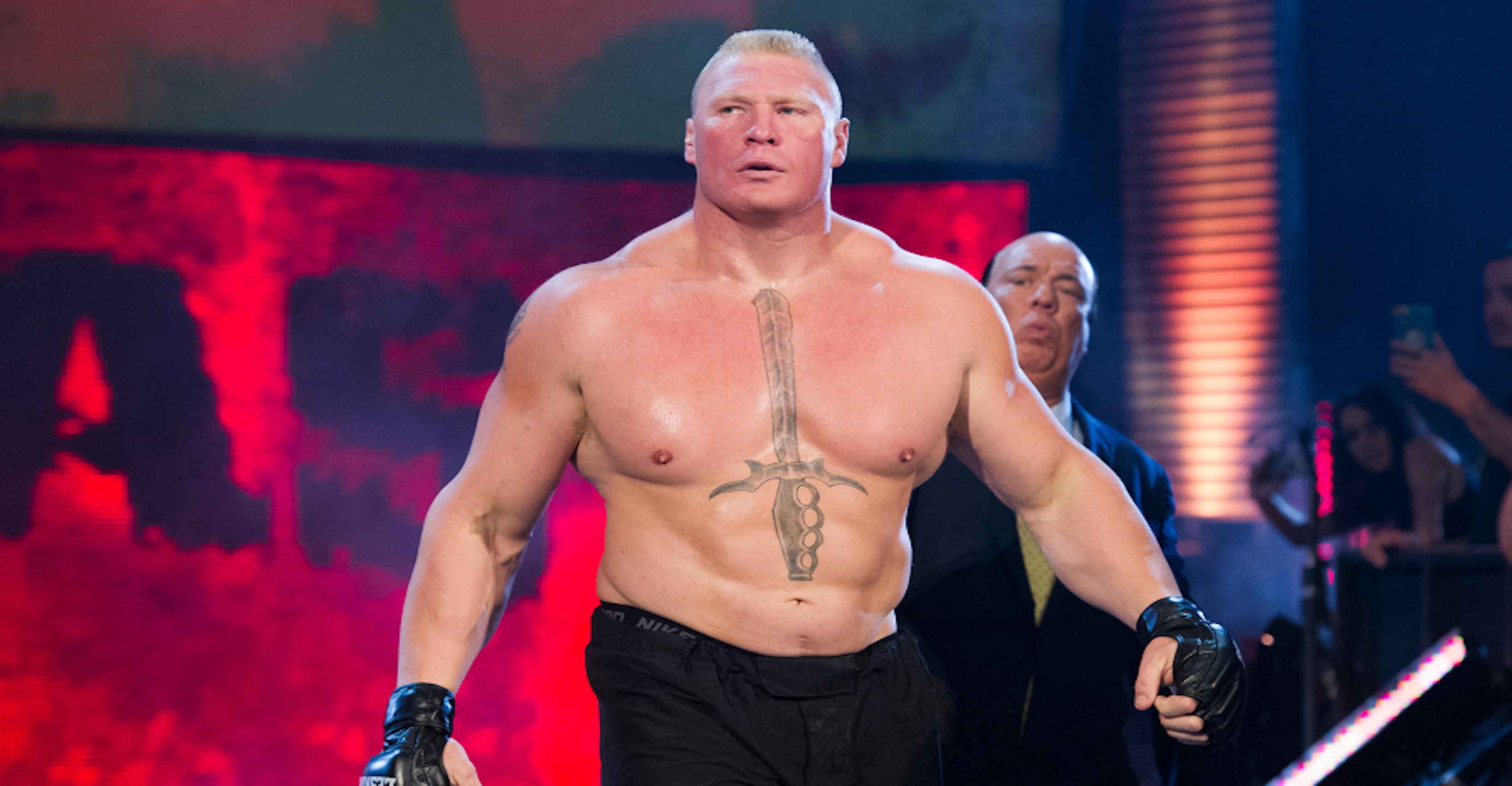 Former UFC champion Cain Velasquez confronted Brock Lesnar on the debut episode of WWE Friday Night SmackDown on the FOX Network. The premiere episode aired live on October 4 and featured Lesnar in the main event against Kofi Kingston for the WWE Championship.

The Beast Incarnate won that match in extremely convincing fashion, squashing Kofi in a matter of seconds. Lesnar hit one F5 on Kingston and pinned him in what is surely a record time for a world title win.

But then the unthinkable happened when Rey Mysterio’s music hit and Velasquez accompanied him to the ring. Cain took off his shirt and entered the ring, as Lesnar looked on in shock and even fear. Velasquez then took Brock down and peppered him with punches until Lesnar managed to get away from him.

The two men had a stare-down, with the crowd cheering for Cain and wanting the confrontation to continue. But the program went off the air, leaving only the story to be continued until next week.

Longtime MMA fans know that this moment came nearly nine years to the day when Velasquez defeated Lesnar in a first round TKO for the UFC Championship inside the Octagon. Cain made news in the pro wrestling world in 2018, when it was revealed that he was training in the WWE Performance Center. Velasquez made his ring debut in a winning effort with AAA’s Triplemania XXVII in 2019.