Ilima-Lei Macfarlane heads back to Hawaii for December Bellator event 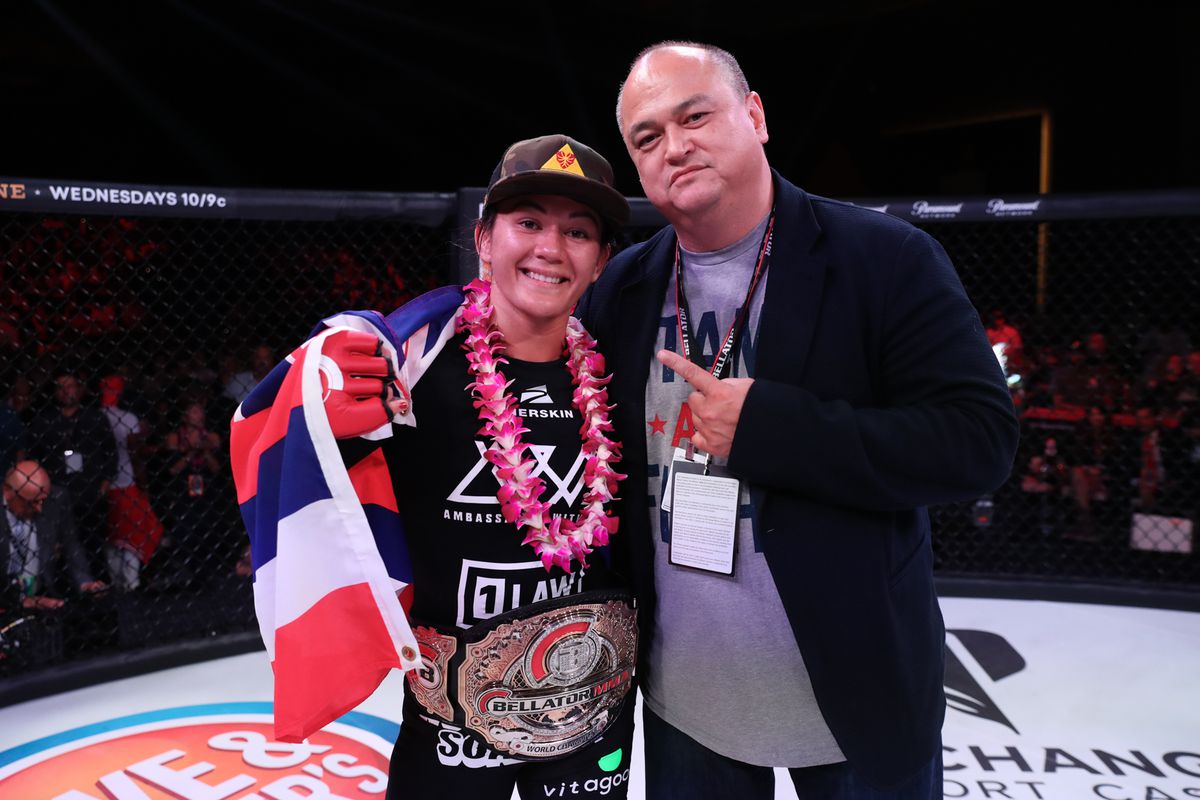 Ilima-Lei Macfarlane heads back to Hawaii for December Bellator event

For the second year in a row, Ilima-Lei Macfarlane will be a part of a special homecoming as Bellator will be returning to Hawaii in December.

The announcement was first made via a report from KHON2 News. Macfarlane (10-0) is set to defend her Women’s Flyweight Title against Kate Jackson.

Last year, Macfarlane headlined Bellator’s first weekend card in Hawaii, defeating Valerie Letourneau via submission. It was the first major MMA event of its kind in Hawaii. It appears that Bellator will be making the trip an annual event, with the undefeated star leading the way.

“Last year at Bellator Hawaii, the feeling inside the Blaisdell Arena that night, it was seriously indescribable, and was one of the best feelings in the world,” Macfarlane stated to KHON2’s Rob DeMello. “I always say that Hawaii has the best support system in the entire world. No matter what happens Hawaii always has our back. So, to have that kind of support once again going into this fight December 21 would be amazing.”

Jackson (11-3-1) is currently on a two-fight win streak, and 3-1 in her last four fights. A former contestant on “The Ultimate Fighter”, Jackson’s last fight was a first-round win over Lena Ovchynnikova (via doctor stoppage) at Bellator 223 in June.

The announcement of Jackson getting a title shot comes at a surprise to many. Some expected a rematch with Alejandra Lara. Jackson’s impressive resume following her TUF days (she ended up not receiving a contract by the UFC) puts her in prime position to potentially shock the world.

Bellator’s return to Hawaii is expected to take place on December 21 inside the Neal S. Blaisdell Arena. More fights for the event will be announced within the next few weeks.