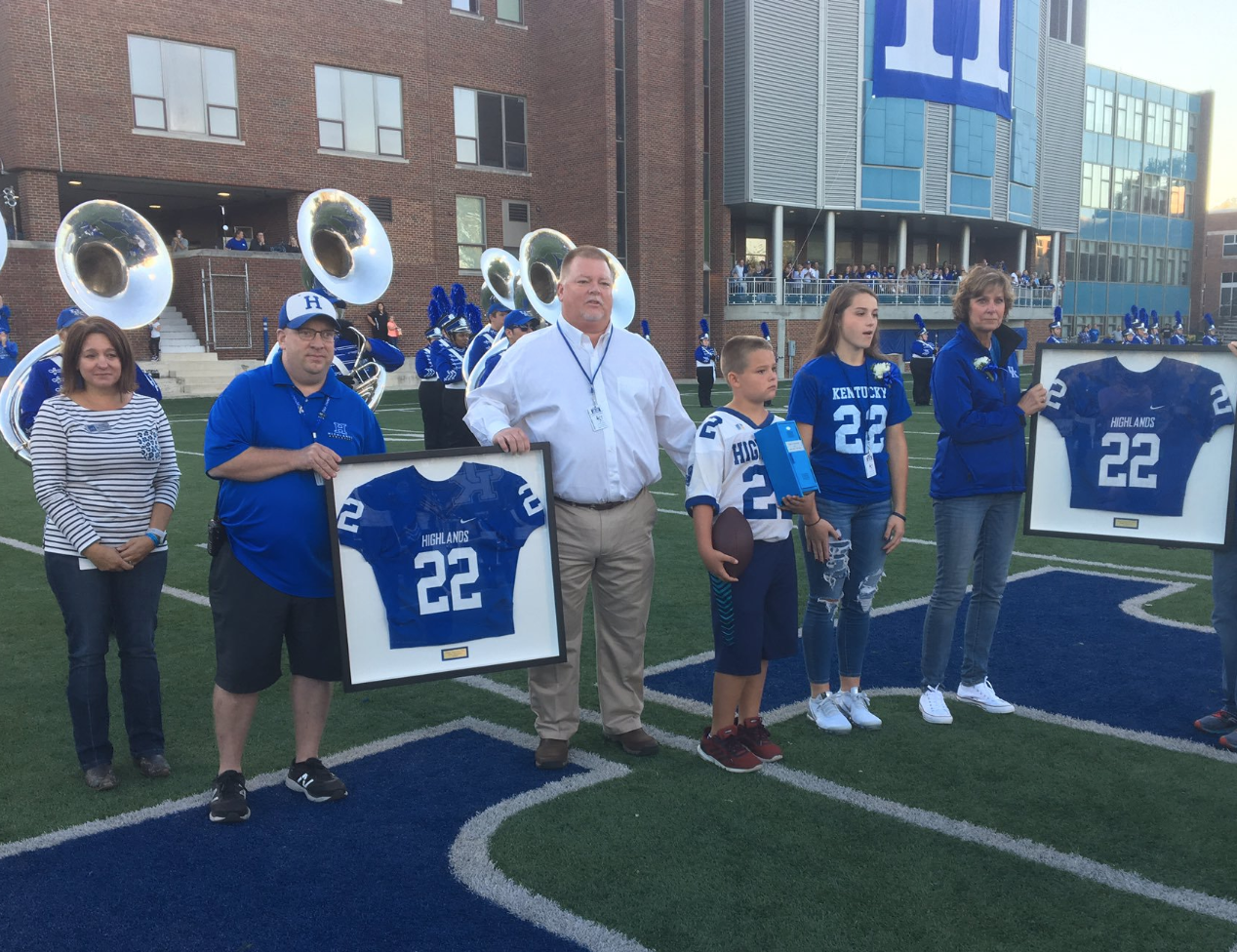 Former NFL quarterback once attended Highlands High School in Fort Thomas (Ky.) and they made sure to show him some love, along with some help from his alma mater, Kentucky.

The University of Kentucky marching band showed up to Highlands High School, since it was a fairly short trip, and they honored Lorenzen, who passed away on July 9, due to a complication of an infection, and heart issues.

As such, the Kentucky marching band helped retire Lorenzen’s No. 22 jersey before Friday’s Highlands game, with a proper ceremony.

The band also played “Old Kentucky Home,” since Lorenzen spent the majority of his life there.