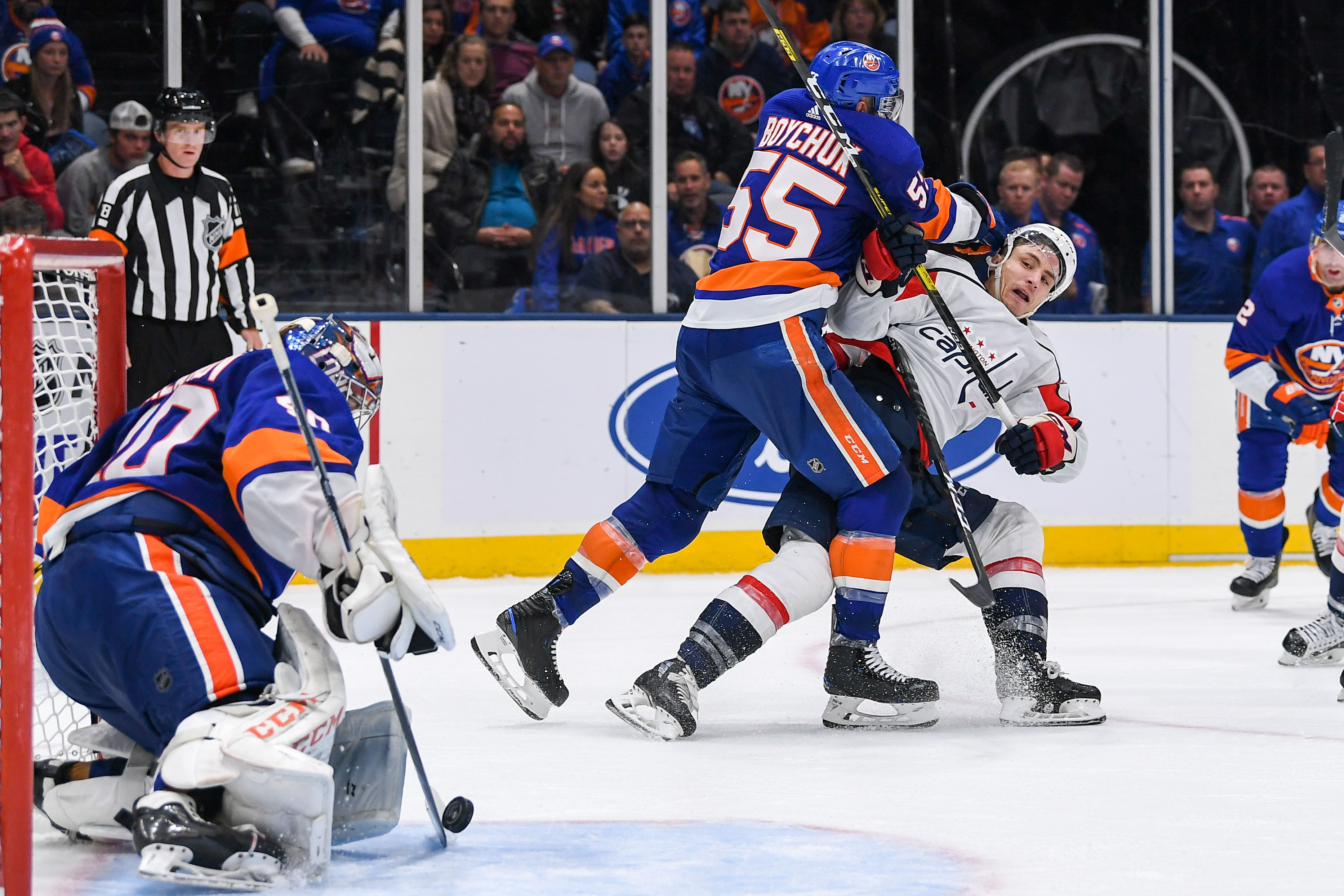 UNIONDALE, N.Y. — The Islanders dropped a tough one to the Washington Capitals to open the season on Friday. A power-play goal from T.J. Oshie in the second period broke a 1-1 tie and eventually served as the game-winner.

Ilya Samsonov made 25 saves in his NHL debut with the Capitals, while Semyon Varlamov made 26 saves for the Isles in the loss. Devon Toews scored the Islanders’ only goal of the night in the first period.

Below are three takeaways from Friday’s loss:

Islanders needed to pick it up in third

The third period was a different story. The Islanders were outshot 10-8 and never really seemed to get much going in the crucial 20 minutes. There was a shot from the point that got redirected and hit the iron, but that was the closest they got to tying it.

“They were the better team in the third plain and simple,” Islanders head coach Barry Trotz said. “They got on us. We tried to slow things down a bit. On our backend, some of our decisions weren’t good, and they’re a good transition team. … They pulled away from us in the third.”

The Islanders struggled int he faceoff circle as well in the final 20 minutes of the game, winning five of the 12 faceoffs they took in the third. That, according to Trotz, also hindered their ability to generate chances in the final period.

"You get a little rust off that first game."

It was a game of inches

The Islanders hit a pair of posts and a last-ditch effort by John Carlson kept Brock Nelson from scoring. That was the Islanders’ puck luck the rest of the night after Devon Toews managed to pinball the puck off three Capitals’ players and past Samsonov to tie the game at one in the first period.

The two most notable close calls were the near goal by Nelson in the second and the loud post the Islanders hit in the third. Nelson got Samsonov to bite on the side of the net and Nelson attempted to sneak it by the sprawled out netminder.

It looked as though Nelson would have a clear path at the net, but Carlson knocked the puck away at the last second. It would have put the Islander up 2-1.

Barzal fired off a shot from the point that hit a body and rang right off the post.

Varlamov has a solid night in net

It wasn’t a perfect outing for the Islanders’ new goaltender, but for his first night in the net he was solid. The first-period goal to Jakub Vrana is one he’d surely like back. That’s a shot you have to stop/

However, the second goal was a tougher one to come up with. Oshie managed to swipe the loose puck — all while falling down — by Varlamov. That would be a tough shot for even some of the best netminders to come up with.

Other times he was solid, coming up with a few big stops and finding his rhythm as the game went on. He finished the night with 26 saves on 28 shots.

“I felt like the game was so much faster than the preseason game,” Varlamov said. “Especially in the first period, so I had to adjust my game a little bit. It’s a tough loss. I think we did a lot of good things today, but just couldn’t score.”