Was releasing B.J. Penn the only option the UFC had? 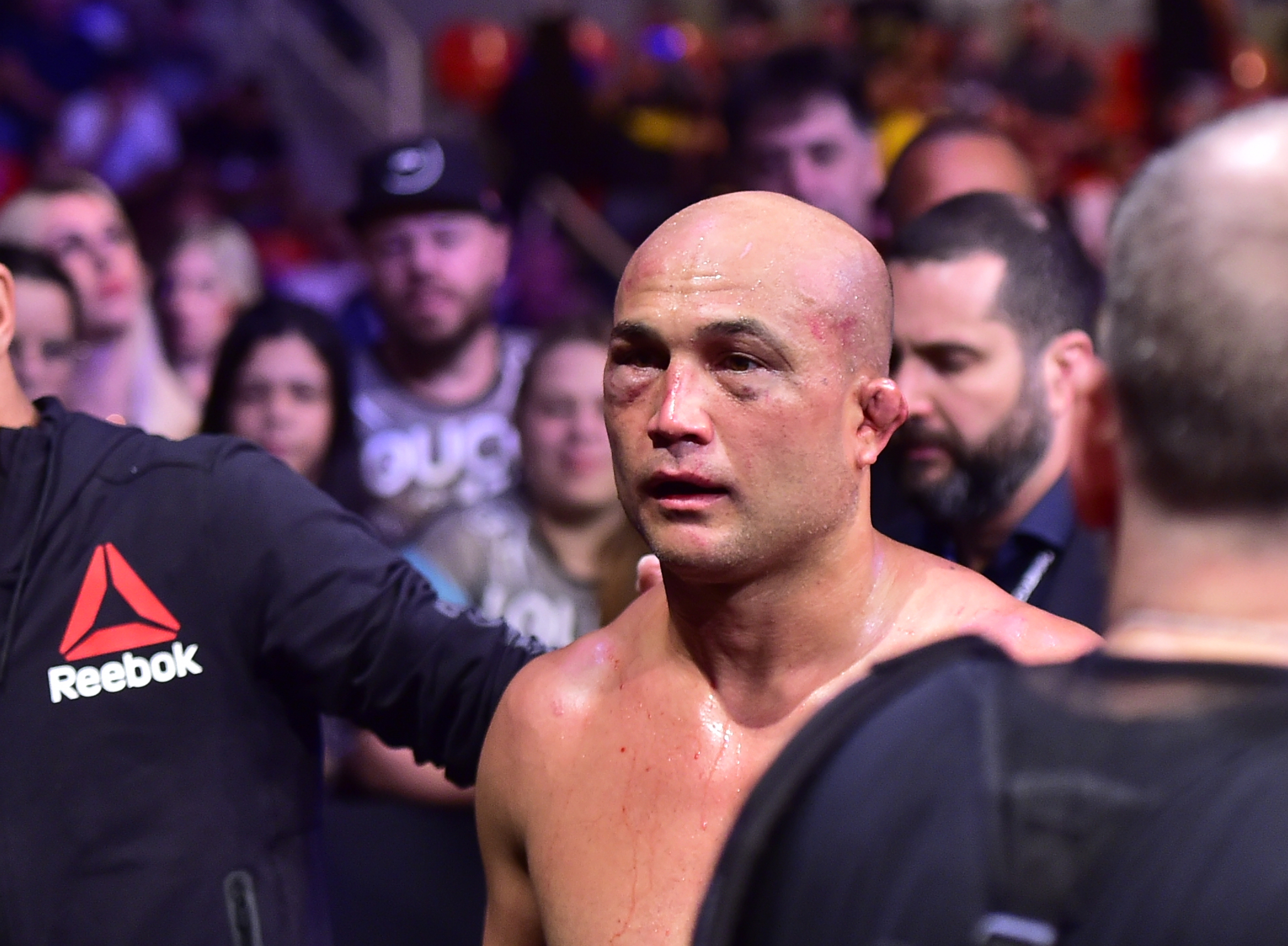 Was releasing B.J. Penn the only option the UFC had?

The legendary career of B.J. Penn has taken a dark turn over the years. From terrible losses to personal problems, Penn’s recent journey through life has not been pretty.

Following a video of Penn in which he is involved in a bar fight in Hawaii, UFC President Dana White officially released the former Lightweight Champion. It was a continuation of a series of problems for Penn, following a USA Today report of his longtime girlfriend filing a restraining order against him. Throughout this time, a once retired Penn (returning in 2017) has gone 0-4 and is currently on a seven-fight losing streak, a UFC record.

“He won’t fight again, that’s it,” White told ESPN following the release of the videos. “That’s a wrap. It’s not even that this was the last straw. I didn’t love him continuing to fight anyway, but with the relationship that he and I have — he gets me on the phone, begging me for another fight. It’s hard to turn him down. “After what I saw in that video, BJ needs to, you know, he needs to focus on his personal life before he thinks about fighting.”

The fall from grace is at an all-time high for Penn. A concerning question: could this entire situation with the UFC have been handled differently?

While his personal and fighter life are somewhat different, they all relate to the actual human being. While there are centers or other programs that could help him (if he indeed needs help), couldn’t the company that promoted his fights for all of these years have done more? Keep in mind, this is not something that should be left on their lap, but it is something to think about.

*The UFC may have actually attempted to do something internally to help Penn.*

There are a few sports leagues/organizations that help out an athlete going through various issues. In the world of professional wrestling, Vince McMahon’s WWE created a system, dubbed the Former Talent Rehab program, to help former talent dealing with addiction (not: This is not saying there is proof that Penn may be dealing with an issue like that). They have offered the program to stars like Maven, Justin Credible and most notably, Scott Hall. Talent currently going through struggles (whether drugs or other issues) have been suspended and even offered company-sponsored rehab. Something like this is also referred to as the Talent Wellness Program.

Now, I know what you are thinking: The UFC has NOTHING to help their talent? Answer: they do.

In 2017, they partnered with the Hospital of Special Surgery. With plenty of departments, the orthopedic consulting organization is bound to have some form of help for Penn. A “UFC Lab” was also announced in 2015 to promote athlete training and rehabilitation.

It may be too late for Penn, but there is still time to help other fighters. Just this week, Robert Whittaker, in preparation for his UFC 243 Middleweight Title bout against Israel Adesanya, discussed the idea of the UFC helping out when it comes to the mental well-being of fighters.

Whittaker has struggled with depression over the years. He believes there is a true opportunity for the place he fights for to help those struggling.

“I think mental health check-ups should be essential,” Whittaker told FanSided regarding services for mental health. “There are a lot of guys that spiral downward after a loss, even after a win, so I think looking after the fighter’s physical health and mental health should be central.”

Perhaps there is more to Penn’s situation than just depression. Something serious is going on with him. Whether it could be CTE related or another problem, this year was a true breaking point for the UFC Hall of Famer. Whittaker’s request for help may just be something that can help the next generation of fighters, to the point that a B.J. Penn situation wouldn’t need to escalate.

The weight of the issue at hand should not just be on the UFC. However, as an origination that cares about fighter’s safety, perhaps a better alternative could have been utilized, whatever it may be.