Who: The Indianapolis Colts vs. the Kansas City Chiefs

When: 8:20 PM Eastern. Sunday, October 5th. UGH, NBC. It’s Cris Collinsworth salivating all over Pat Mahomes as he destroys the Colts defense and there’s nothing we can do to stop it.

No, no, no, not that guy. Here’s something to think about: If a man who cannot count finds a 4-leaf clover, is he lucky? Hmm.

The Chiefs have this goofy looking wolf mascot. A wolf? Yeah, apparently named after their “wolf pack” group of fans from the early 70’s. Ok. The wolf thing replaced this racist thing they used to do with a horse named Warpaint, who was ridden by a dude in an Indian headdress. Warpaint still exists, only he/she/it is ridden by cheerleader Susie, sans headdress (side note: does this mean the Chiefs are appealing to the lowest common denominator? Apparently I’m not the only one who does this).

Warpaint is involved in pregame activities, and also takes the field for a celebratory jaunt every time the Chiefs score. Privately, Chiefs officials worried all week the horse may breakdown from all of the celebrating it will be called upon to do during this game. (Author’s note: valid concerns).

But they weren’t expecting this:

After the Chiefs’ 4th touchdown of the first quarter, Warpaint bursts onto the field, except something’s different. He/she/it is being ridden by a disheveled looking man with a full beard, and wearing cargo shorts and crocs. He is also carrying a spear.

It’s a perfect throw that smashes into the SNF booth, where it strikes Cris Collinsworth, rendering him unconscious and unable to continue on with the broadcast. His partner Al Michaels will later issue an on air apology for forgetting to mute his mic and shouting “Thank God! Someone get this *expletive* outta here!”

The disheveled man races off and points at the giant video screen, which is flashing “I gave my heart to this team!” before jumping off Warpaint, eluding security, and racing down the tunnel, never to be seen again.

The lesson here, as always, is never miss a chance to destroy Cris Collinsworth.

It’s possible all of this could lead to some person named Harrison Butker lining up for a 43 yard kick to tie the game at 59…and missing wide left.

Chiefs fans, we will never let you live down Lin Elliott.

2. Direct and to the point

Last Sunday’s embarrassing – just wait until the Raiders finish 5-11 – loss wasn’t even a couple of hours old and Louise already filled me in on this week’s game.

“Here’s why the Colts will score more than the other guys: They won’t.”

“Your column is gonna be real short.”

Marissa is a graduate of Drexel University who is currently in law school. That is awesome. 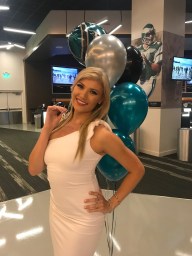 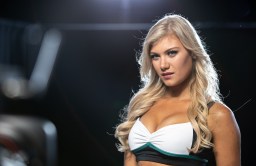 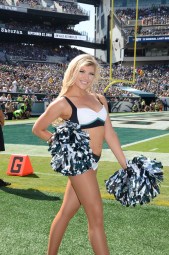