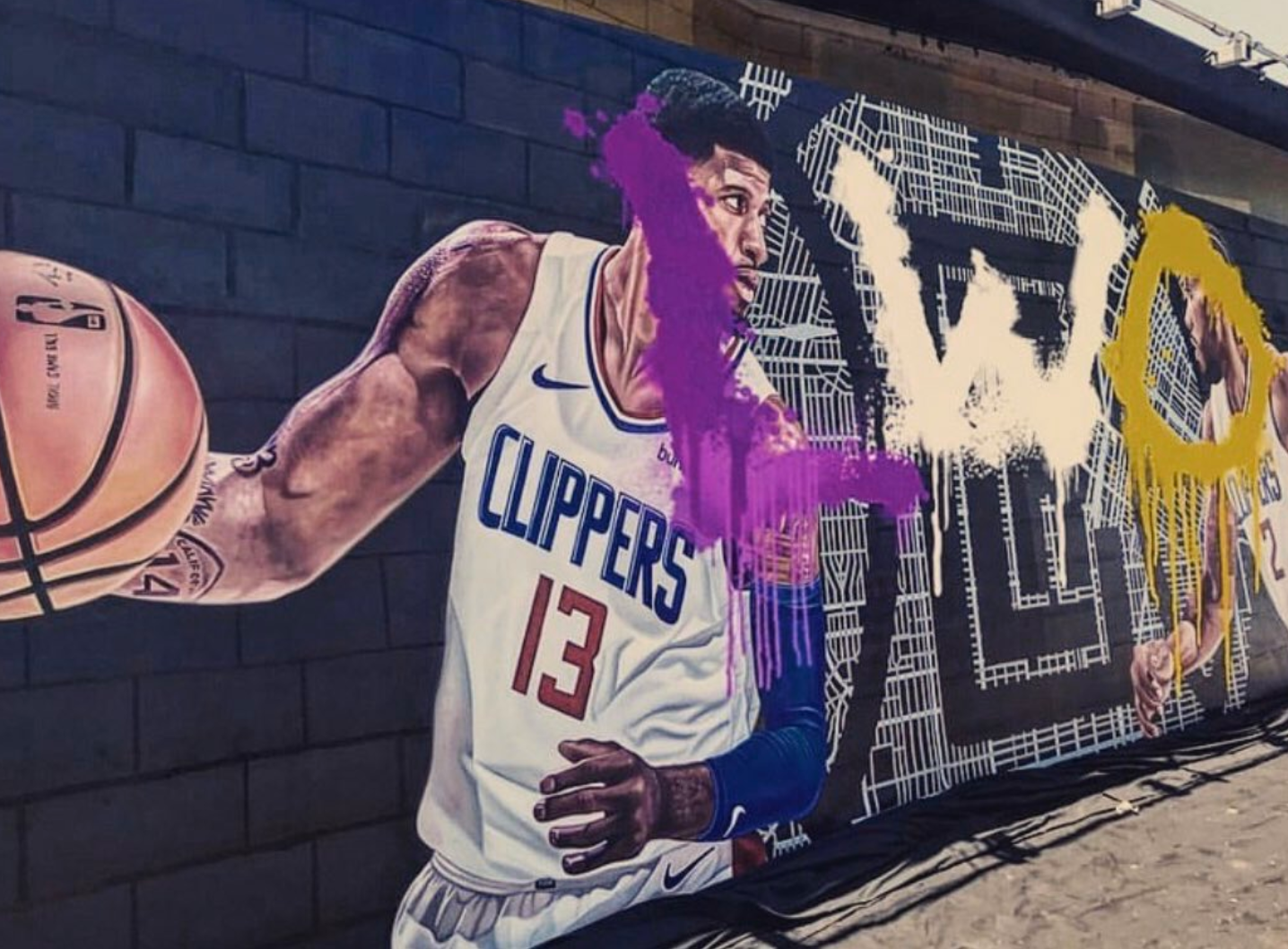 The rivalry between the Lakers and Clippers has been anything but over the years, as the latter has really not been all that competitive, but this season is a lot different.

Not only did the Lakers trade for Anthony Davis, but the Clippers managed to acquire both Kawhi Leonard and Paul George — setting up for some epic showdowns at Staples Center this season.

And while the two teams haven’t squared off on the court yet, Lakers fans are already turning up the heat, as at least one of them recently defaced a Clippers mural depicting Paul George and Kawhi Leonard playing alongside each other.

ITS NOT UR CITY DONT CALL IT HOME 🤣🤣 pic.twitter.com/SrjKxbv5o3