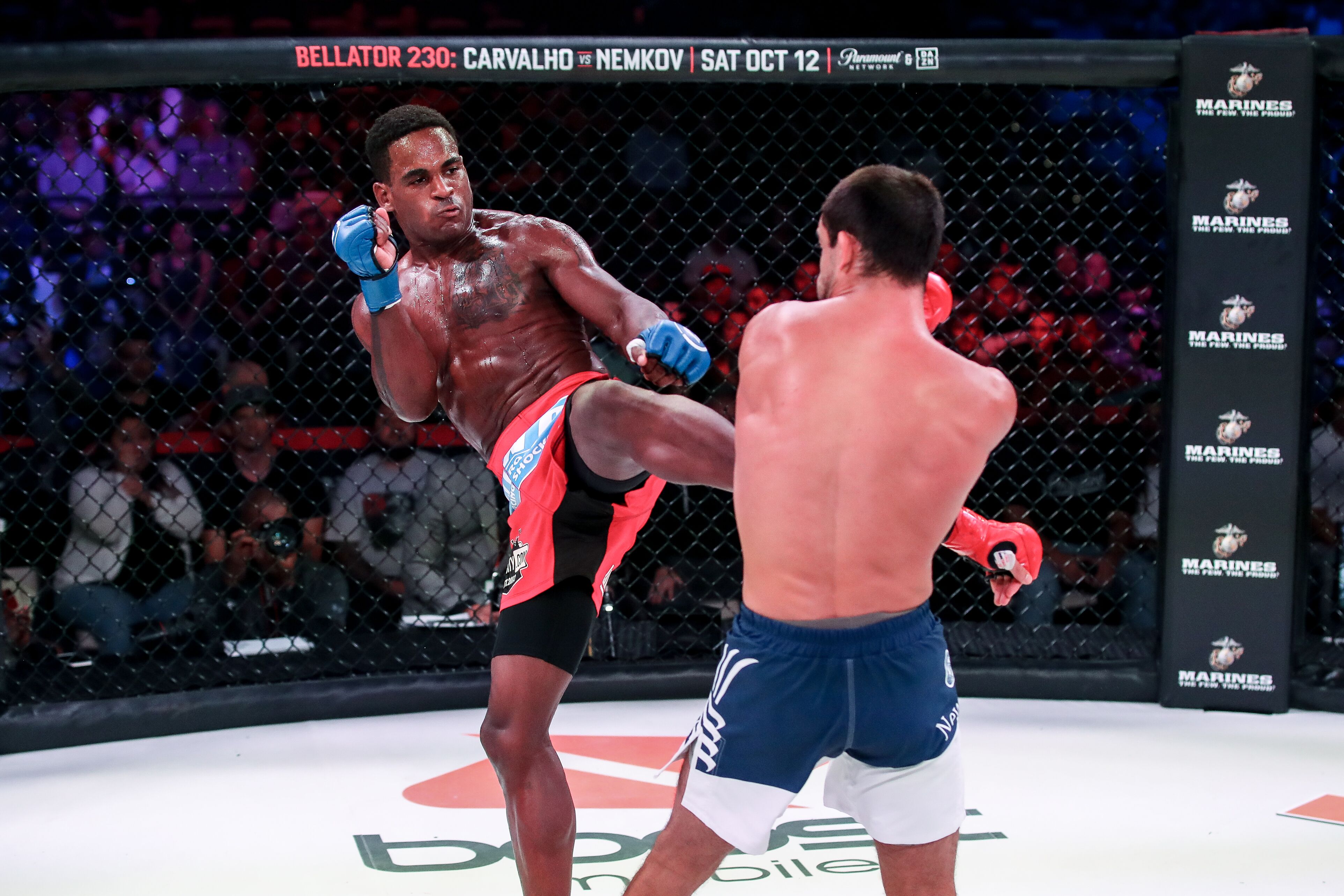 Sometimes, life finds a way to surprise you. That was the case for Lorenz Larkin, who went from a man out of luck to on the doorstep of becoming the next Bellator Welterweight Champion.

In a competitive bout at Bellator 229, Larkin (21-7, 1NC) was able to best Andrey Koreshkov via split decision (29-28, 28-29, 29-28). With the win, Larkin has stuck it to doubters regarding his status as an elite fighter. Now on a three-fight win streak, he earned more than respect. The California-born star now has nothing in his way to becoming a contender once again.

The fight almost ended in reverse fashion right at the start of the first round, as Larkin was touched with a spinning back kick, dropping him to the mat. Koreshkov’s offense wasn’t enough to stop Larkin, however, and in round two he landed a body kick and a knee that almost took Koreshkov himself out. At this point, it was a matter of who wanted it more in the third.

While Larkin held Koreshkov onto a guillotine, the latter managed to control the body from the ground for a majority of the round. Koreshkov couldn’t add any other damage, however, resulting in the power going to the judges.

Originally set to take place in March, an injury by Larkin delayed the bout. His last fight was a year ago, severely affecting his status in the Welterweight Grand Prix. Signing on as an alternate and getting the rest he needed, Larkin proved why he was even considered for the tournament in the first place.

Since losing his first two Bellator fights, Larkin is now locked in. With a 7-3 record in his last ten fights, he holds the cards. If healthy, he is the premier option to face the winner of Rory MacDonald v. Douglas Lima. Regarding Lima, Larkin lost to the former champion in his debut bout in New York City back in 2017.

Even after calling out Lima following his bout, Larkin doesn’t truly matter who wins the Grand Prix. All he cares about is his hand being raised with gold on his waist. Now that is a true storybook finish following a wild few years for Larkin.