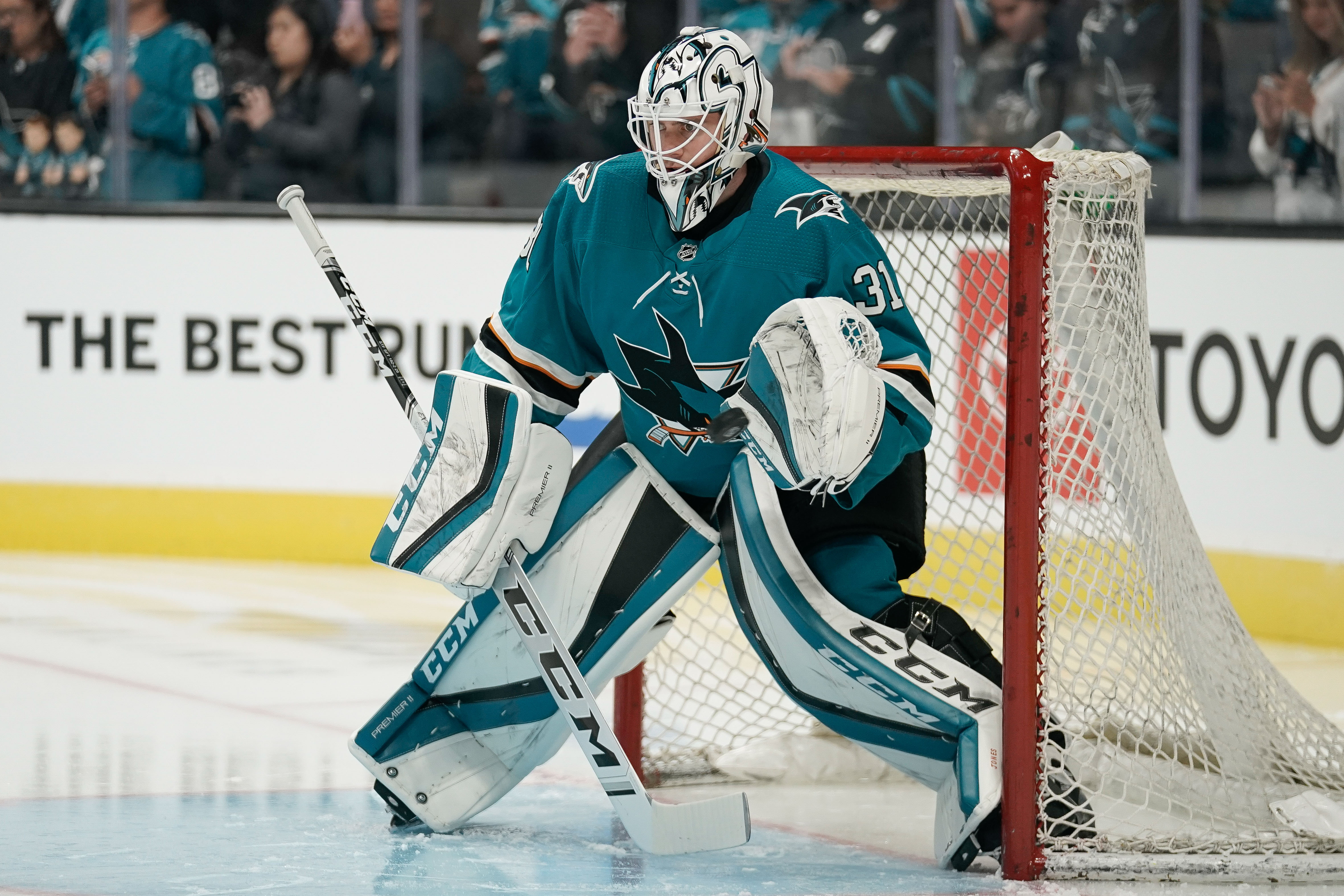 The San Jose Sharks of the National Hockey League may need to consider a goaltending change sooner rather than later to salvage their 2019-20 regular season. It has only been two games, but Sharks starting goaltender Martin Jones has been downright dreadful as he has given up eight goals in 100 minutes of action.

In two games this week, the Sharks lost both games of a back-to-back against the Vegas Golden Knights. They lost 4-1 in Vegas on Wednesday and then 5-1 to San Jose on Friday. There is no doubt that the Golden Knights have one of the most talented lineups in the entire NHL, but the bottom line is that Jones must be better.

Coming into the the year, expectations were high for the Sharks as it was announced that two-time Norris Trophy winner Erik Karlsson would re-sign an eight year contract worth $92 million. Karlsson, who earns $11.5 million per season, became the third highest paid player in the NHL. He is only behind Connor McDavid of the Edmonton Oilers at $12.6 million and Auston Matthews of the Toronto Maple Leafs at $11.6 million.

Where the problem lies at the moment is clearly in between the pipes. Jones’s performances against the Golden Knights this past week were a mirror image of the Sharks’ three playoff games against Vegas in the first round of the 2019 Stanley Cup Playoffs. For three games (games two to four), Jones gave up 11 goals on 54 shots, and only saw seven shot attempts come his way in two games. The Sharks did rebound in the series and came back from a 3-1 deficit to win four games to three, but Jones did display the same flashes of atrocious goaltending last season that he has shown this past week.

Jones might just struggle against the Golden Knights. Time will tell. But expectations are high for the Sharks, and we could see Aaron Dell become a starter or the Sharks consider acquiring another goaltender to their organization.