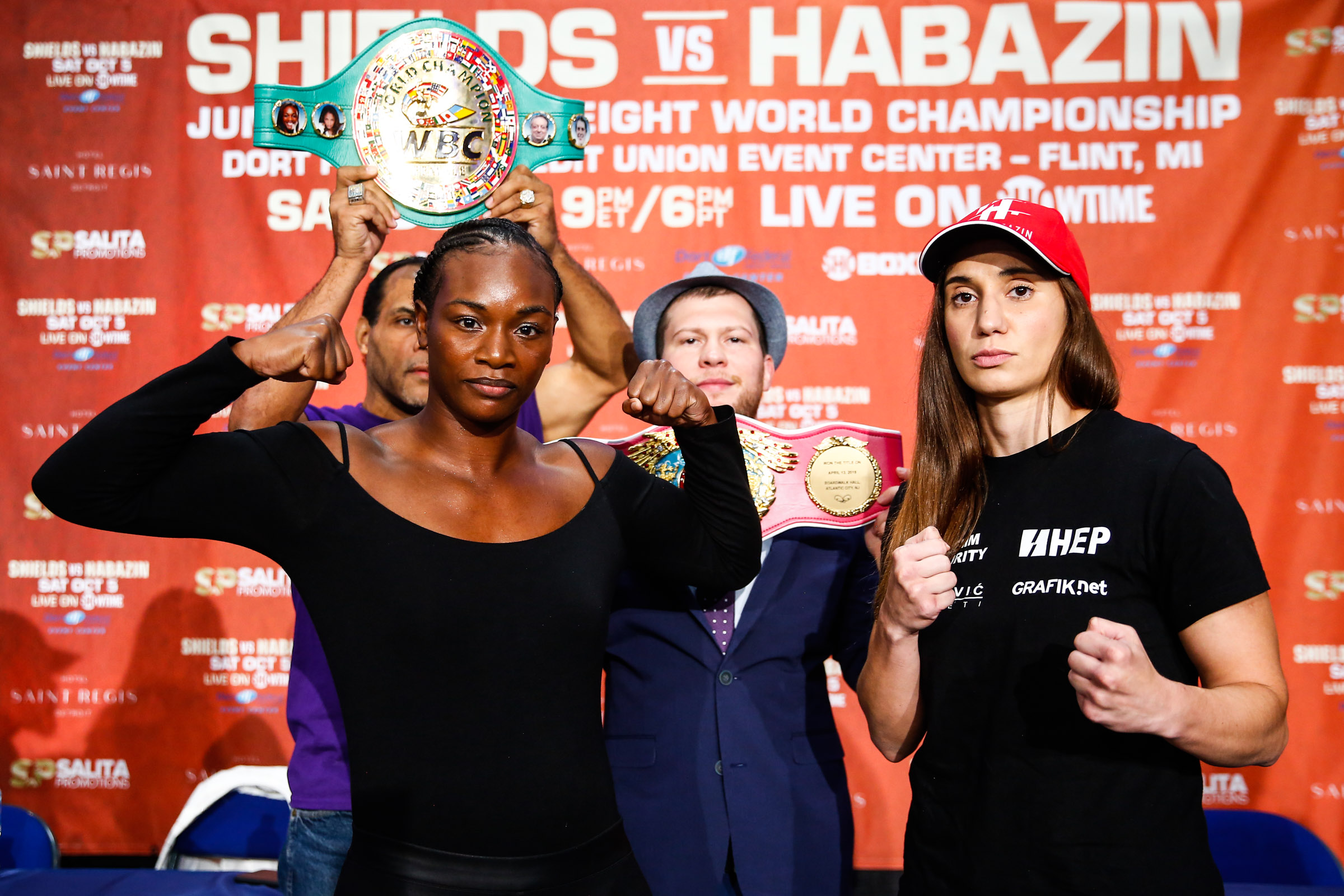 Heading into the fight against Ivana Habazin in her hometown of Flint, Claressa Shields was doing everything she could to not jeopardize the fight. That is, except control outside factors.

The scheduled Shields (9-0) v. Habazin (20-3) bout for the WBO Junior Middleweight Title will not main event a stacked Showtime card. In fact, it has been scrapped altogether. The main event will now be Jaron Ennis v. Demian Fernandez, while the co-main will be Jermaine Franklin v. Pavel Sour.

At this stage @SHOsports will still have a fight tomorrow but it will not feature #ShieldsHabazin as Habazin’s trainer is heading for Detroit for facial surgery following his attack. Ennis v Fernandez & Franklin v Sour will headline.

It was a wild scene at the ceremonial weigh-ins today. Bashir Ali, Habazin’s trainer, was arguing with someone who appeared to be a member of Shield’s team. Words were said and there were plenty of shoves. Things got ugly, as Ali was then allegedly “sucker-punched” in the back of the head. It is unknown if the same person arguing with Ali attacked him.

Ali is currently in the hospital after being knocked unconscious. Updates have not been provided yet on his condition.

Here is what I captured at #ShieldsHabazin weigh-in: Bashir Ali, Habazin's trainer, was in an argument w/ someone affiliated with Claressa Shields (as they were testing the scale for weigh-ins). 10ish minutes later, he was sucker punched from behind. He was taken to a hospital. pic.twitter.com/e1CM8pHjAE

This is video of @IvanaHabazin trainer Bashi Ali being taken to the hospital after being allegedly "sucker punched" before the @Claressashields weigh in. Read More: https://t.co/tnJ1spHJt2 #claressashieldsfight #claressashields #BOXINGNEWS pic.twitter.com/Go54H537PN

The fight was Shields’ attempt at a world title in a third weight class. She originally claimed to not know who the person who attacked Ali was, and stated that Habazin can bring in her other trainer (who is overseas at the moment) to replace Ali.

Habazin’s other trainer is in Croatia, and considering the circumstances, it would be extremely difficult for them to be brought in at this point. The health and safety of Ali is the biggest concern here, as a moment has been washed away due to the Wild West that is boxing and the members (and fans) that surround the fighters. While not new, the hope is that something can be done from this to avoid future controversies.

As for Shields and Habazin, time will tell what will happen between them. There is no word if the fight will be rescheduled, or if Shields (if a member of her team was involved) or others will suffer any repercussions.