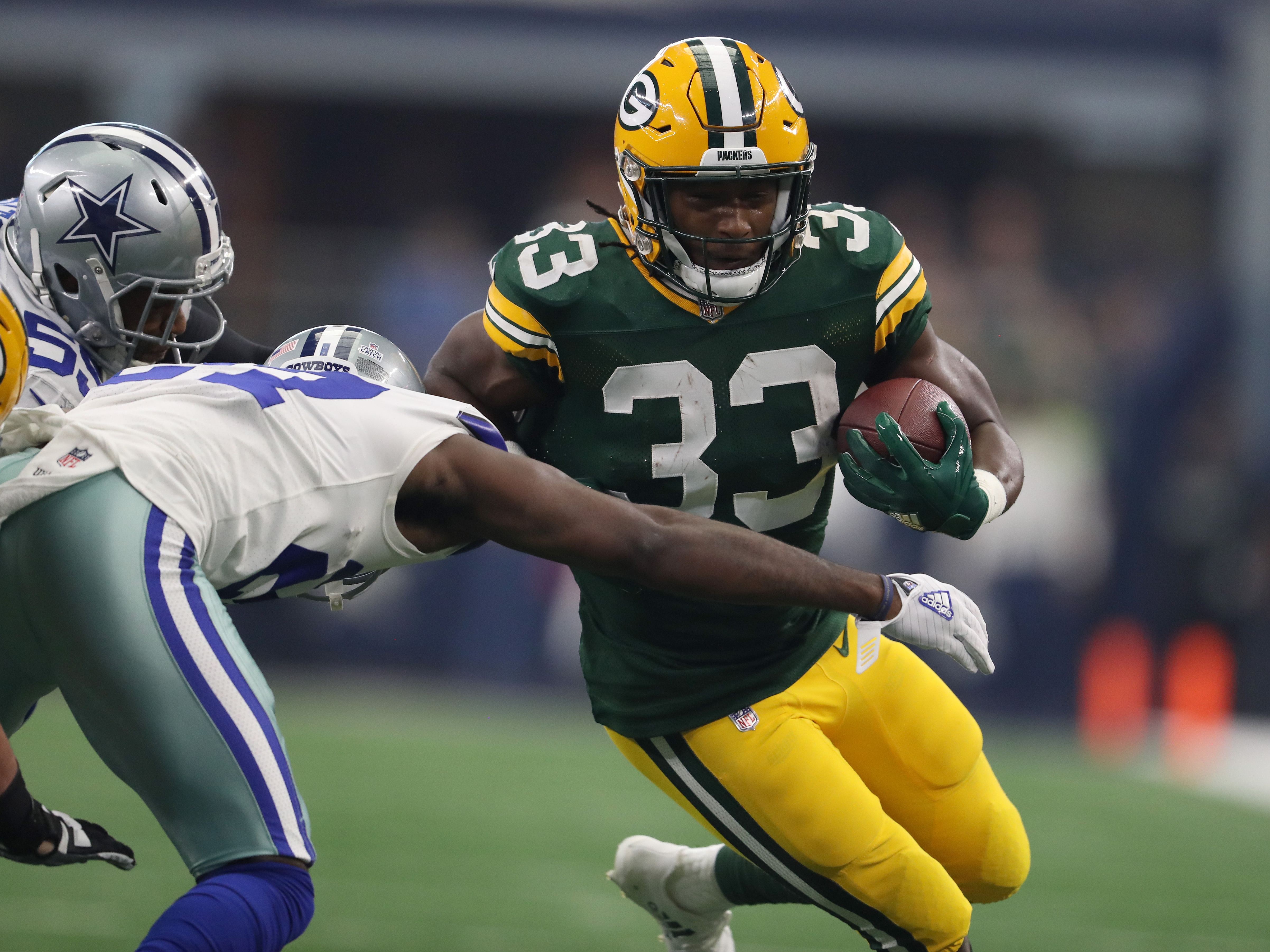 The Green Bay Packers head to Texas Sunday for a Week 5 clash against the Dallas Cowboys. Both teams come in with 3-1 records and both are coming off their first loss of the season. Green Bay lost last Thursday against the Eagles 34-27 in Green Bay while the Cowboys were defeated by the Saints 12-10 in New Orleans.

These two teams have met 28 times since their first meeting in 1960 with the Packers holding a 15-13 advantage during the regular season. Green Bay has won five of the last six regular-season meetings between the two clubs. The teams have split their eight playoff contests with the Packers winning the last two.

Here is a look at six key matchups that will determine who will win Sunday’s game in Dallas:

The Packers must slow down Ezekiel Elliott. Unlike most NFL teams, Dallas truly built their offense around their running game and Elliott and the Cowboys big offensive line are the keys to making it go. Last week, the Saints were able to hold “Zeke” to 35 yards on just 18 carries and forced the Cowboys star running back to fumble once. As a result, the Saints were able to hold Dallas to 10 points and beat them despite starting their backup quarterback in the game.

The Packers must not let Dallas’ offensive line control the line of scrimmage. A key one-on-one matchup to watch is Green Bay’s best lineman, Kenny Clark, against Dallas center Travis Frederick. If Clark can get penetration against Frederick and the middle of the Cowboys line, the Packers may be able to slow down the rushing attack and force Dak Prescott to beat them with his arm.

The problem for the Packers is that their defense under Mike Pettine typically sacrifices run defense in order to pressure the quarterback. That strategy won’t work against the Cowboys. Pettine must adjust his typical game plan and gear up to stop the run first. Look for the Pack to play more base defense in this game rather than using their nickel and dime packages early. Green Bay may benefit from the return of ILB Oren Burks to the lineup if he’s ready to play after suffering an injury during the preseason.

Blake Martinez will also be a key to stopping the running game. He made a lot of tackles last week but almost all of them were far downfield. Martinez needs to anticipate and penetrate for the Pack to force Dallas into obvious passing situations.

Quarterback Aaron Rodgers is 3-0 in Dallas during his career and has played outstanding in each of those games. The Packers need that to continue if they hope to beat the Cowboys on Sunday. In order to play well, Rodgers will need time to throw the football.

Bryan Bulaga was injured against Philadelphia and the drop off without him in the lineup was significant. The veteran starting right tackle returned to practice in the middle of this week and the Packers are hoping to have him ready to go.

Bulaga and David Bakhtiari must be able to contain DeMarcus Lawrence and Robert Quinn who have combined for 5.5 of the team’s 10 sacks through the first four games.

3. Get Some Receivers Open

The Packers will be without top wide receiver Davante Adams who suffered a painful turf toe injury against the Eagles. Unfortunately for the Pack, they don’t have any other proven options on their roster who strike fear in the hearts of defensive coordinators when they are game planning for Green Bay.

Expect Rodgers to use his tight ends and running backs as receivers more frequently than usual on Sunday. When Adams went down last week, he first looked to TE Jimmy Graham and the results were mixed. Graham has struggled to get separation during his tenure in Green Bay, but the Packers need him to play better with Adams out of the lineup.

One of the other receivers must also take advantage of the extra targets they are sure to get without Adams in the game. Whether it’s Marquez Valdes-Scantling, Geronimo Allison, Jake Kumerow, Allen Lazard or Darrius Shepherd, somebody must prove they can come through and make key catches for the Packers.

Head coach Matt LaFleur will be challenged to scheme his receivers open enough to keep possession of the ball and put enough points on the board to win the game.

The acquisition of Amari Cooper from the Raiders last season had a big impact on the Dallas offense. Cooper has the size and speed that force defenses to respect him. Thus far, he leads Dallas with 21 catches for 286 yards and four touchdowns.

Look for the Packers to try to have Jaire Alexander, their best cover corner, cover Cooper for most of the game. This will be a great matchup to watch as two talented players go head-to-head throughout the contest. The Packers won’t be able to shut down Cooper, but they must prevent him from making big plays and from picking up too many key first downs.

The Cowboys should get Michael Gallup back in the lineup Sunday and that’s another challenge for the Green Bay defense. Gallup is averaging a healthy 17.4-yards per catch and has the speed to make big plays. With Kevin King’s availability a question mark due to injuries, the Packers need to find a way to slow down Gallup and former Packer Randall Cobb with Tramon Williams and other DBs.

The Packers running game has struggled for most of the season and with Adams out of the lineup, they will need to run the ball enough to take the edge off the Dallas pass rush and keep the offense diverse. Jamaal Williams is out for this game after suffering an injury against Philadelphia so rookie sixth round pick Dexter Williams will likely be active for the first time this season to back up Aaron Jones. Dexter is a more dynamic runner than Jamaal but is less sure on blocking assignments and receiving routes. Jones was bottled up by the Eagles but will have to find a way to move the ball against the Cowboys who are ranked 11th in the league in yards rushing allowed per game with 96.8 yards per game.

6. Keep the Cowboys Out of the End Zone

The Dallas offense enters this game as the most efficient unit in the league inside the red zone. Dallas scores a touchdown almost 77 percent of the time they get the ball inside the opponent’s 20-yard line. By comparison, the Packers rank 10th with 64.3 percent.

If the Packers can hold the Cowboys to field goals instead of touchdowns when they get inside the red zone, they can keep this game competitive and give Rodgers and the offense a chance to pull the game out late.

If Dak Prescott and Ezekiel Elliott produce touchdowns in the red zone, the Packers offense, which has been inconsistent this season, will face a tougher challenge.

This game will be a challenge for the Packers. Their weakness on defense, stopping the run, is the Cowboys strength on offense. In addition, Dallas is at home and they are healthier than they have been in recent weeks while the Packers are without some key players at RB, WR and in the secondary.

Rodgers always plays well against the Cowboys, but he will face a tougher challenge without Adams. The Packers should be able to keep this one close, but the Cowboys will win unless the Pack slows Elliott down or wins the turnover battle decisively.