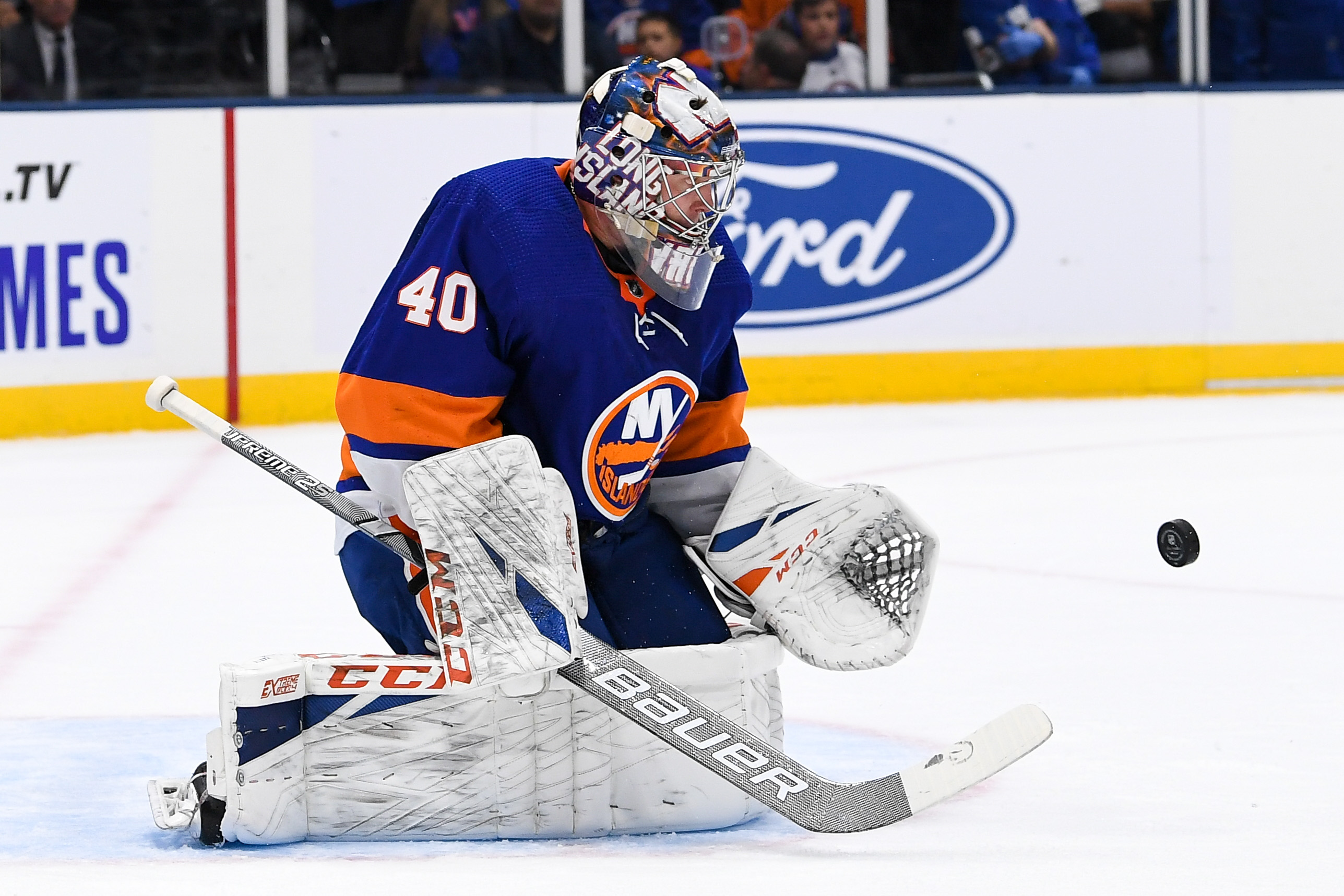 It was a question that Barry Trotz did not answer until just about game time. Islanders Country wanted to know who would start opening night.

It turned out to be summer acquisition Semyon Varlamov would get the nod.

It was not a great start to his Islander career, as the Washington Capitals were able to score off an odd-man rush 10:25 into the first period. Usually not something you can blame a goalie for, but the puck should not have gone into the back of the net.

It seemed that his positioning was spot on, but he could not squeeze the glove close enough to his body. Anyway, we move on…

The Islanders had to play from behind, not something any team likes doing, Especially 10 minutes into the first game of a brand new campaign. Throughout the game, we saw some good saves, but also some issues with his positioning.

Varlamov was caught too far back in his crease in those instances, hence shots going off the post instead of his body.  Especially on a shot from far out, you do not want to see it be that close. He needed to come out and attack the puck and cut the angle off.

His rebound control at times was slightly off, leaving pucks sitting in the middle of the slot.

But luckily for Varlamov, the Islanders were strong tonight in the defensive zone against a tough opponent. The defensive group led by Ryan Pulock, Johhny Boychuk, and Nick Leddy, all of whom played over 21 minutes, were able to give Varlamov plenty of support.

With 15 blocked shots and the ability to hold the likes of Ovechkin to two shots, the defense definitely gave Varlamov a better chance of being successful in this one. He was able to stop 26 of 28, so numbers-wise he looked good.

“I was enjoying the first game, great atmosphere. … It is what it is, we have to move on,” Varlamov said.

A tough break gave the Capitals the lead, and Varlamov did his best to keep them in it. It will be interesting to see who Coach Barry Trotz gives the nod for Sunday’s game against the Winnipeg Jets. Regardless, Varlamov will look to continue to improve and shake off some of the offseason rust.

Just like Lehner’s confidence needed to be built up last season, the same will need to happen for the veteran Russian netminder. Due to injury and inconsistency, the 31-year old has not played to the level he once was expected to be at over the previous few years.

Coming to Long Island is a fresh start for Varlamov to resurrect his career. And with 81 games left, he has time to prove that he can be a key piece into fighting for a playoff spot.