Jay Gruden has funny take on rumors about being fired 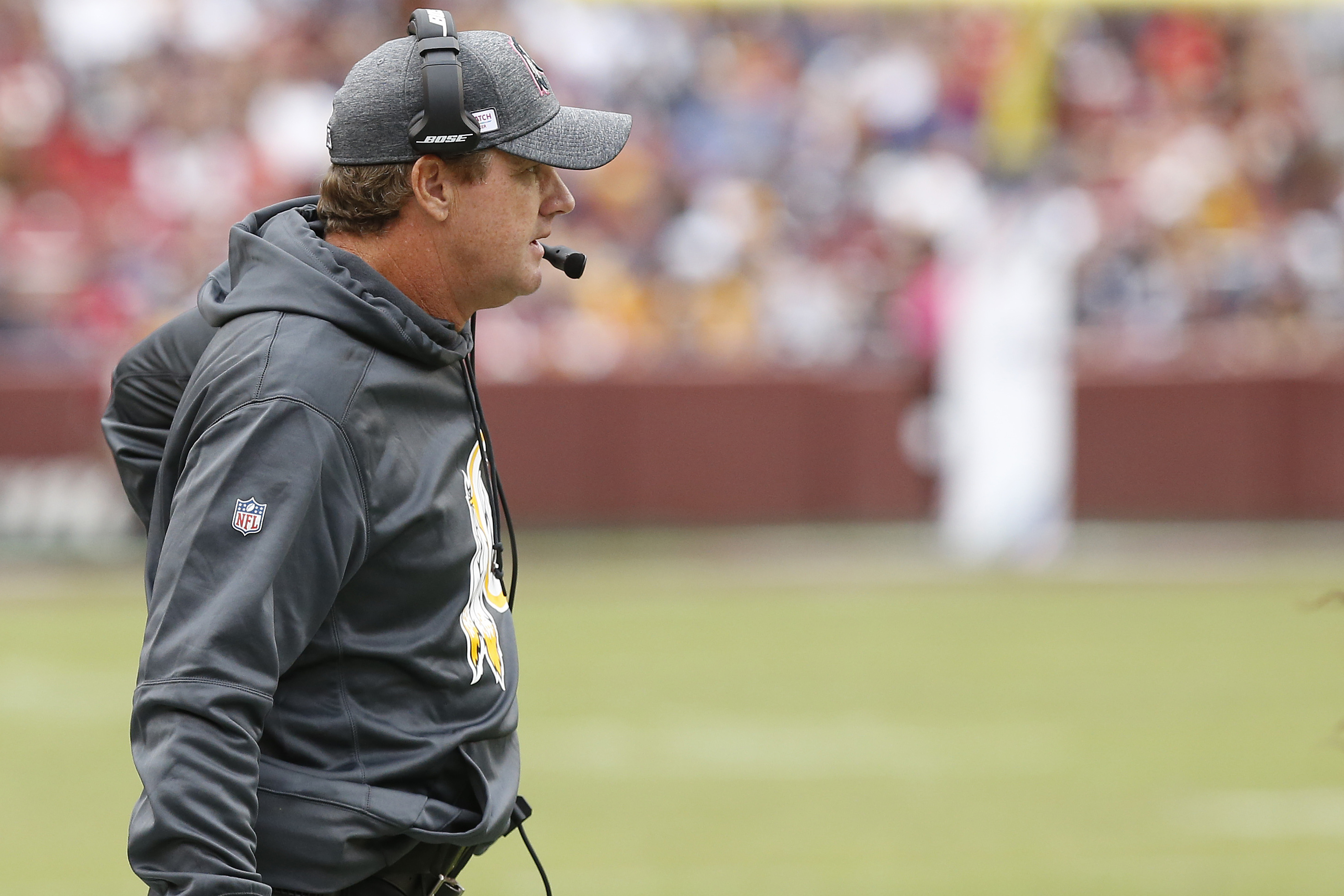 Jay Gruden has funny take on rumors about being fired

Jay Gruden may currently be head coach of the Washington Redskins, but after the team’s embarrassing 33-7 loss to the New England Patriots at home on Sunday, he may not be for much longer.

Gruden saw his team put forth a pathetic effort in all facets of the game, and had it not been for one 65-yard touchdown by Steven Sims Jr., the Redskins would’ve been shut out.

He’s managed an awful 35-49-1 record in his six seasons with the team, and that’s not going to cut it in today’s NFL. As such, the rumors are swirling about him potentially being fired in the near future, possibly on Monday morning.

Gruden was asked about his job security after Sunday’s loss, and he had a pretty funny response to the question.

Redskins coach Jay Gruden said no one in the organization has told him anything about his job. He said "if the key works Monday I'll keep working." He said he's been given ample opportunity to turn it around here. https://t.co/csvfJoBXLS