Are the Twins or Rays in bigger trouble on Monday? 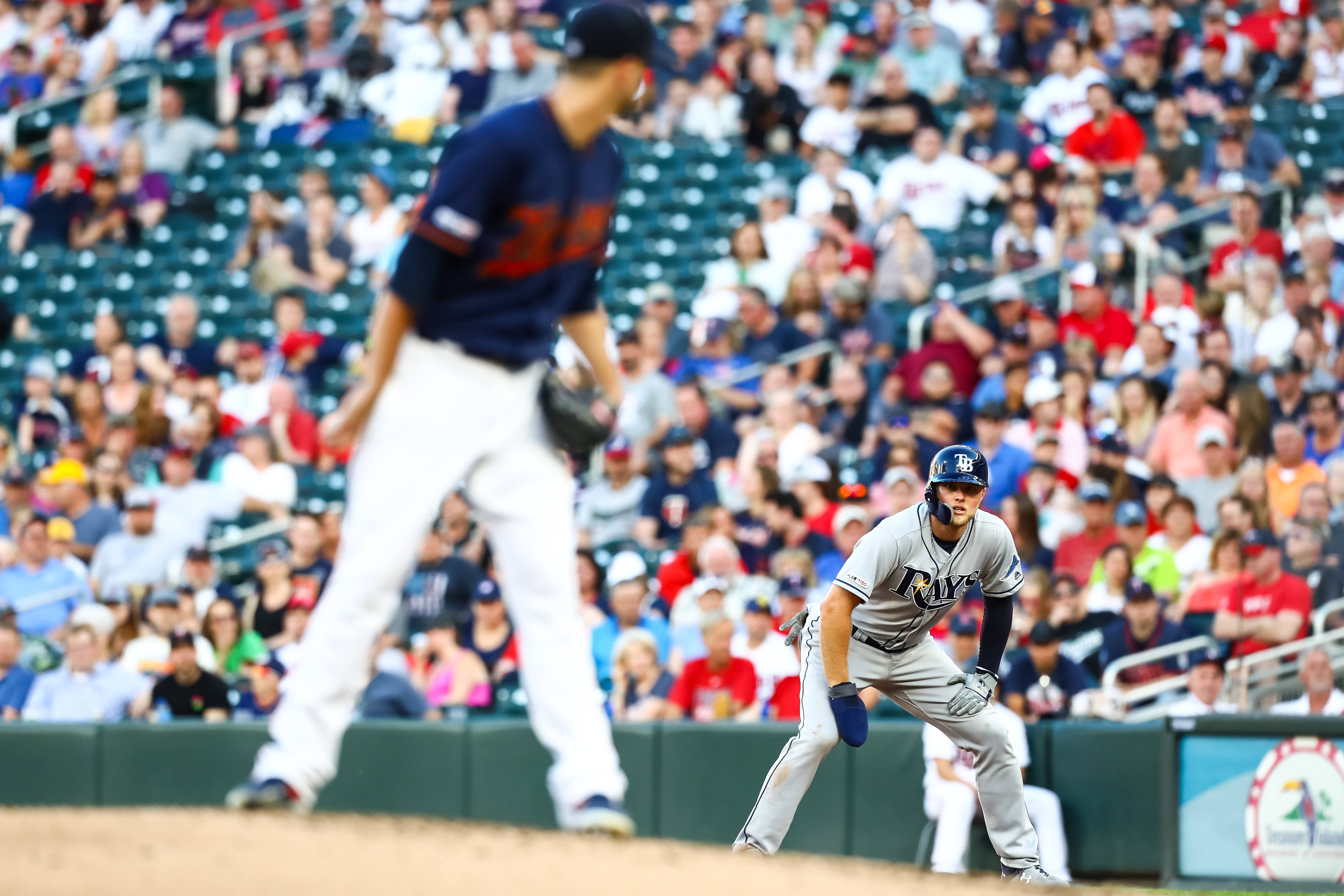 Are the Twins or Rays in bigger trouble on Monday?

Monday is an important day in the baseball world because it features four playoff games. There are two matchups in particular that have caught the eyes of many, and they both reside in the American League.

The Houston Astros and Tampa Bay Rays will be playing Game 3 of their series at Tropicana Field, while the New York Yankees head west to Target Field to do the same against the Minnesota Twins. The Rays and Twins both find themselves in similar spots, and not just because each squad is finally getting a home playoff game.

Tampa Bay does have a postseason victory under its belt already, but both teams are hoping to avoid a sweep at the hands of their opponent on Monday. And judging from the fact that the Astros and Yankees have won a combined 210 regular-season games in 2019, completely digging out of these respective holes and advancing to the ALCS seems unlikely. According to ZiPS projections, Houston currently owns a 93.1% chance of moving on, while New York’s chances are sitting at a healthy 86.5%.

But which team — the Twins or the Rays — has a better shot of at least getting themselves to a Game 4? Let’s use a couple projection models (ZiPS via FanGraphs and numberFire) to decide.

On paper, one would imagine this ALDS matchup was pretty even. After all, the Twins finished just a couple games behind the Yankees with a 101-61 record, they ended up with similar run differentials (+204 for NYY, +185 for MIN), and each club boasts a ton of power.

But Minnesota also has to get over the psychological hump of losing to the Yankees so much in October recently. The last two losses haven’t made it any easier to deal with mentally, I’m sure.

Monday’s Game 3 matchup has Jake Odorizzi going up against Luis Severino. Even with the Twins being at home, ZiPS gives a slight 50.7% edge to the Yankees, while numberFire gives the edge to Minnesota with a 55.8% win probability.

Odorizzi put together a career-high 4.3-fWAR performance as he prepares to hit the open market this winter. He did this despite allowing fly balls at a 44.3% clip along with a career-worst 42.3% hard-hit rate allowed.

The right-hander faced the Yankees twice this year, once in New York and once in Minnesota. Coincidentally enough, Odorizzi threw six shutout innings and struck out eight hitters in the Bronx for the victory back in May. But when he faced them again at home in July, he was tagged for nine runs on 10 hits in four innings, which led to earning the loss.

When looking at both projection systems, ZiPs and numberFire again can’t seem to come to a consensus. It’s hard to blame them, though, with a marquee pitching matchup like Tampa Bay’s Charlie Morton facing Houston’s Zack Greinke. This has the makings of a Game 1 tilt for a series, not Game 3.

At the time of this writing, ZiPS gives the Astros a 51.7% chance of completing the sweep and spraying some champagne in the visiting clubhouse. The projection model at numberFire doesn’t think that’s the case, giving Tampa Bay a 53.4% probability of extending the series.

Greinke landing in Houston at the trade deadline meant he’d be pitching in the American League for the first time since 2012 when he was with the Los Angeles Angels. All he’s done in his last 62.2 innings is go 8-1 with a 3.02 ERA. Similar to what’s it’s been since 2017, the righty couldn’t limit hard contact (37.6%), but his soft-hit rate improved by four percentage points. He also watched both his line-drive rate and fly-ball rate decrease in favor of a drastic increase in ground-ball rate (41.8% to 52.4%).

As for Morton, he’s posted a number of career-best marks in his age-35 campaign (and first with Tampa), including a 6.1 fWAR, 30.4% strikeout rate, and 3.05 ERA. In his two starts against the Astros this year, he had one positive outing and one not-so-positive outing. The X-factor in this situation is that Morton is fresh off spending two years with Houston before signing with the Rays last winter. The Astros had baseball’s best offense in 2019, and while the veteran righty may not be able to stop them, he at least knows his opponent as well as (or better) than anybody else that’s still left fighting for a World Series appearance.

October teaches us every single year that anything can happen at any time — especially over the course of a single game. Based on how successful the Rays and Twins have been throughout the past six months, it wouldn’t be shocking to see either one or both extend their respective matchups.

If I had to choose just one to avoid a sweep on Monday, though, it’d probably be the Rays. Morton has that familiarity of Houston and the experience of playing in playoff elimination games, while Odorizzi will be jumping right into the fire for his first career postseason start. He’ll also be trying to snap Minnesota’s historic October losing streak against an incredibly potent Yankees lineup.

The Astros could easily touch up their former teammate en route to a sweep, but I’ll take the experience and everything that comes with it in these situations any day.