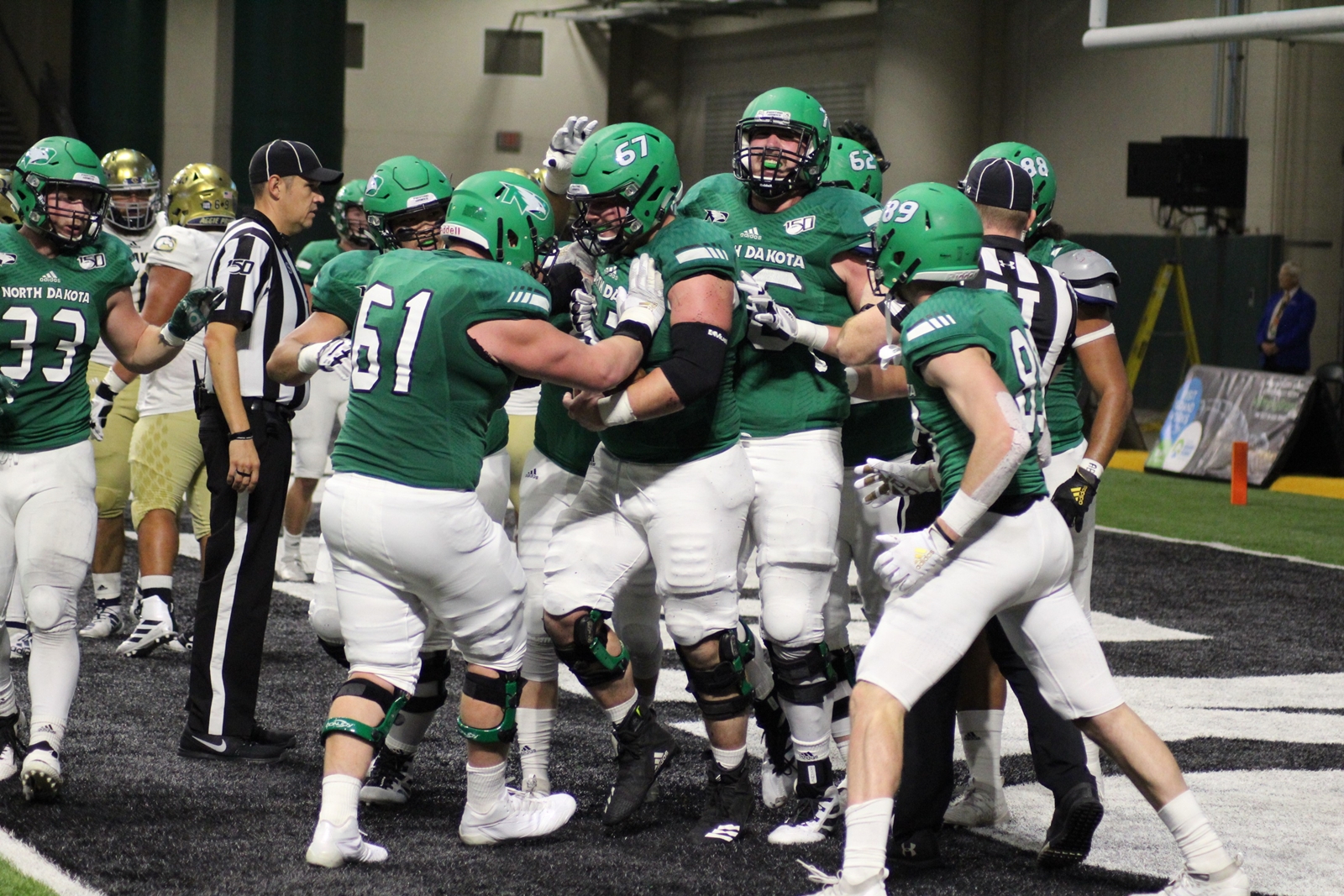 Saturday, the University of North Dakota football team needed to win to stay in the hunt for an at-large FCS playoff bid. On Saturday, the Fighting Hawks accomplished that mission with a 38-36 comeback win. With 57 seconds remaining in the game, Hawks field goal kicker Brady Leach kicked a 46-yard game-winning field goal.

The Aggies would make one more push, but their drive would end at the UND 40-yard line with an incomplete pass.

Looking at the history books, this would appear to be UND’s most impressive “home” win in the FCS era. Last September, the Hawks traveled to Huntsville, TX and defeated Sam Houston State 24-23 ending the Bearkats 21-game home winning streak. The Bearkats were ranked fourth when the Hawks beat them.

One player that’s really elevated his game this season is redshirt sophomore Brock Boltmann. The multi-purpose, offensive threat was a huge factor in the Hawks win against the Aggies.

Boltmann has many looks. He lines up at quarterback. He plays wide receiver. On Saturday, he had five receptions for 54 yards and a touchdown. On the ground, the Edina, MN native rushed for 47 yards on two carries. His longest carry was a 24-yard run in the first quarter. The offensive coordinator named plays after him. On Saturday, the Bolt was one that went for 24 yards.

After having a rough outing against the rough game against the Eastern Washington Eagles, senior quarterback Nate Ketteringham was 29-40, for 279 yards. He also threw three touchdowns and only had one interception. 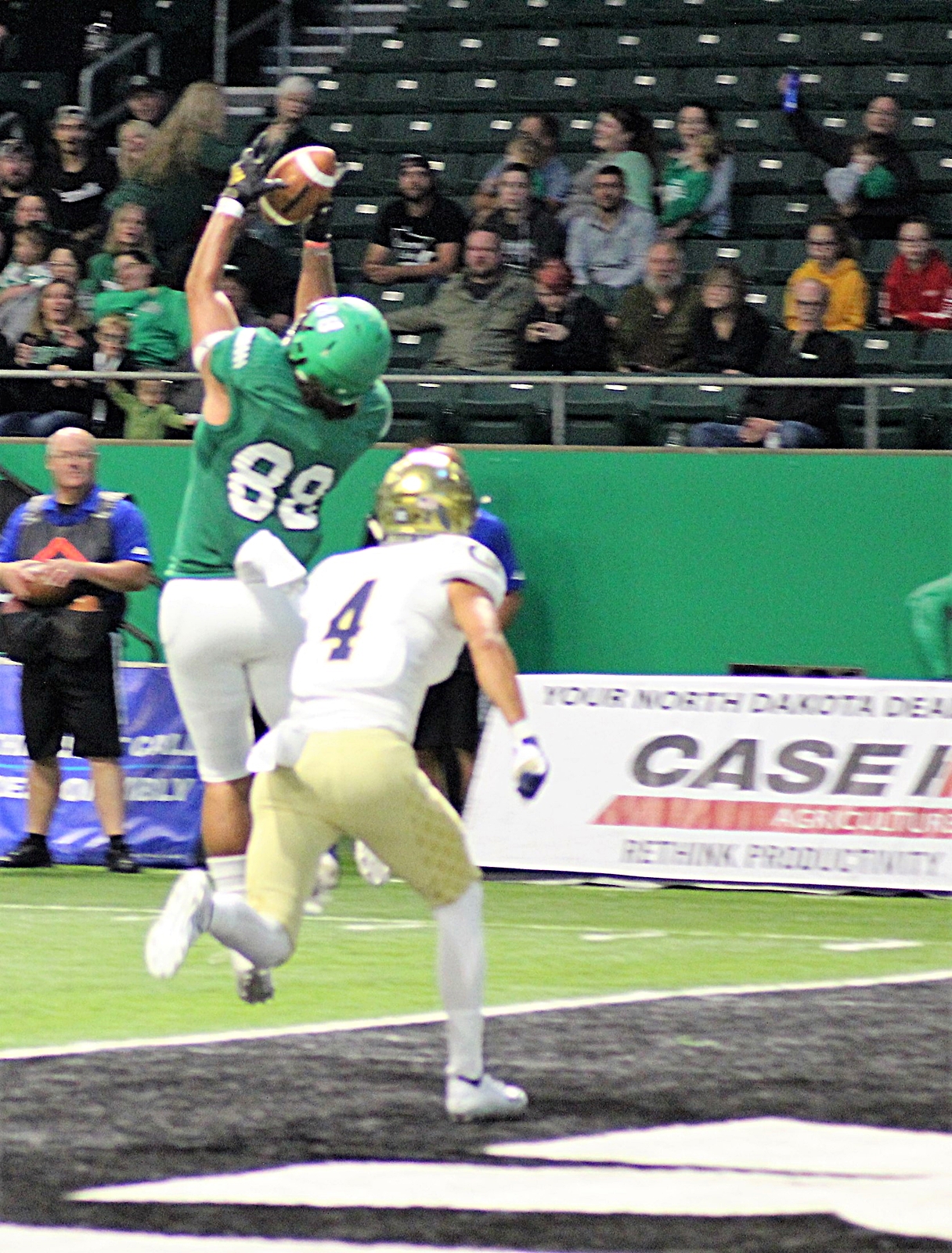 Alex Cloyd pulls down the ball for a touchdown 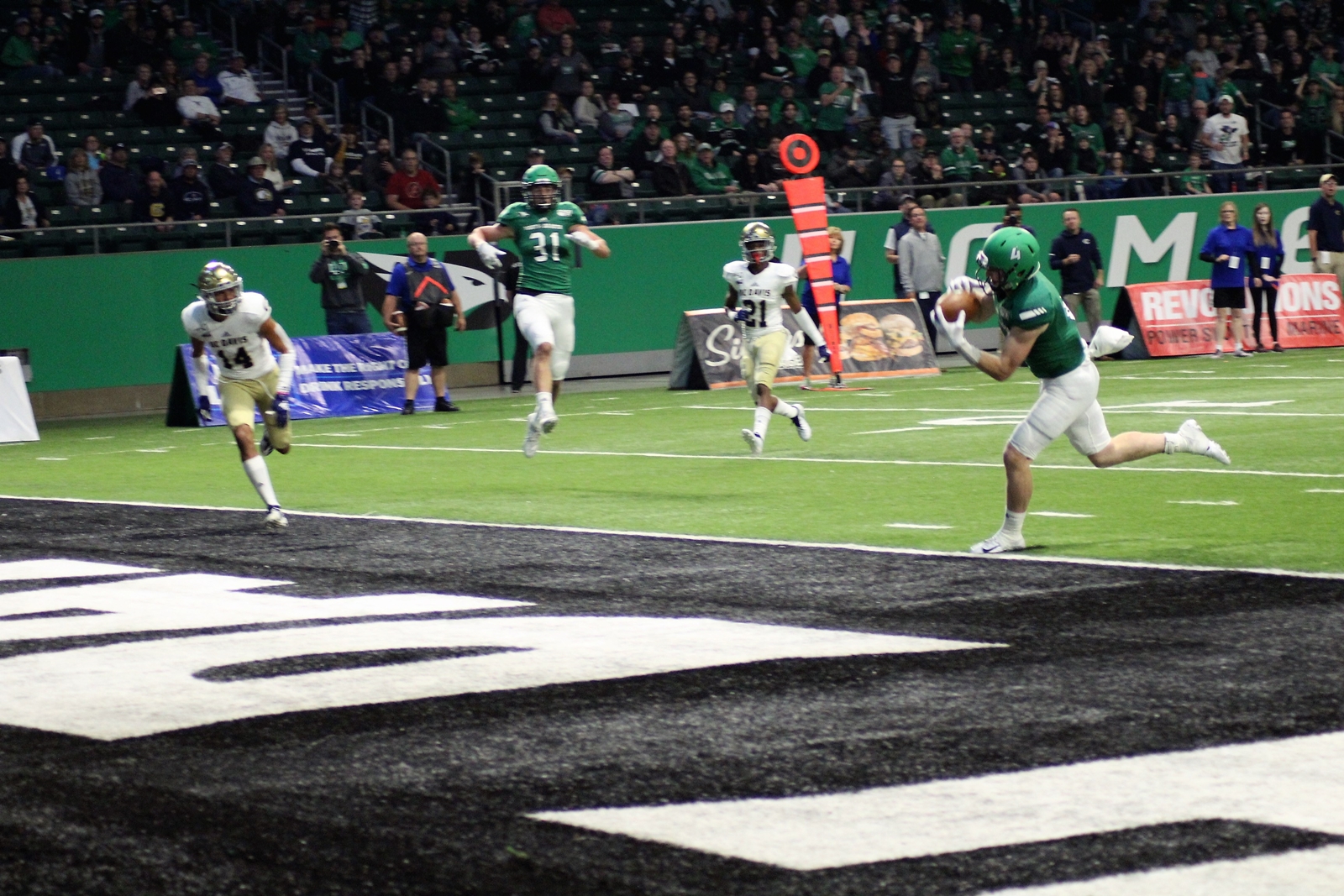 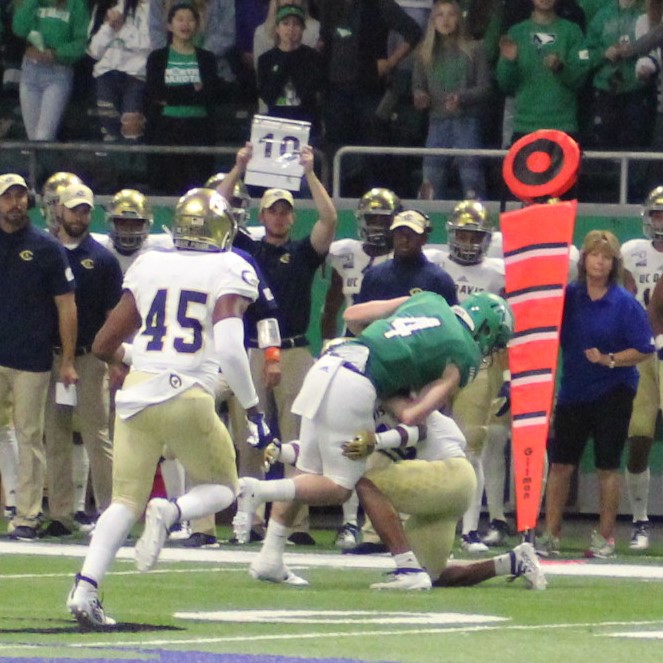 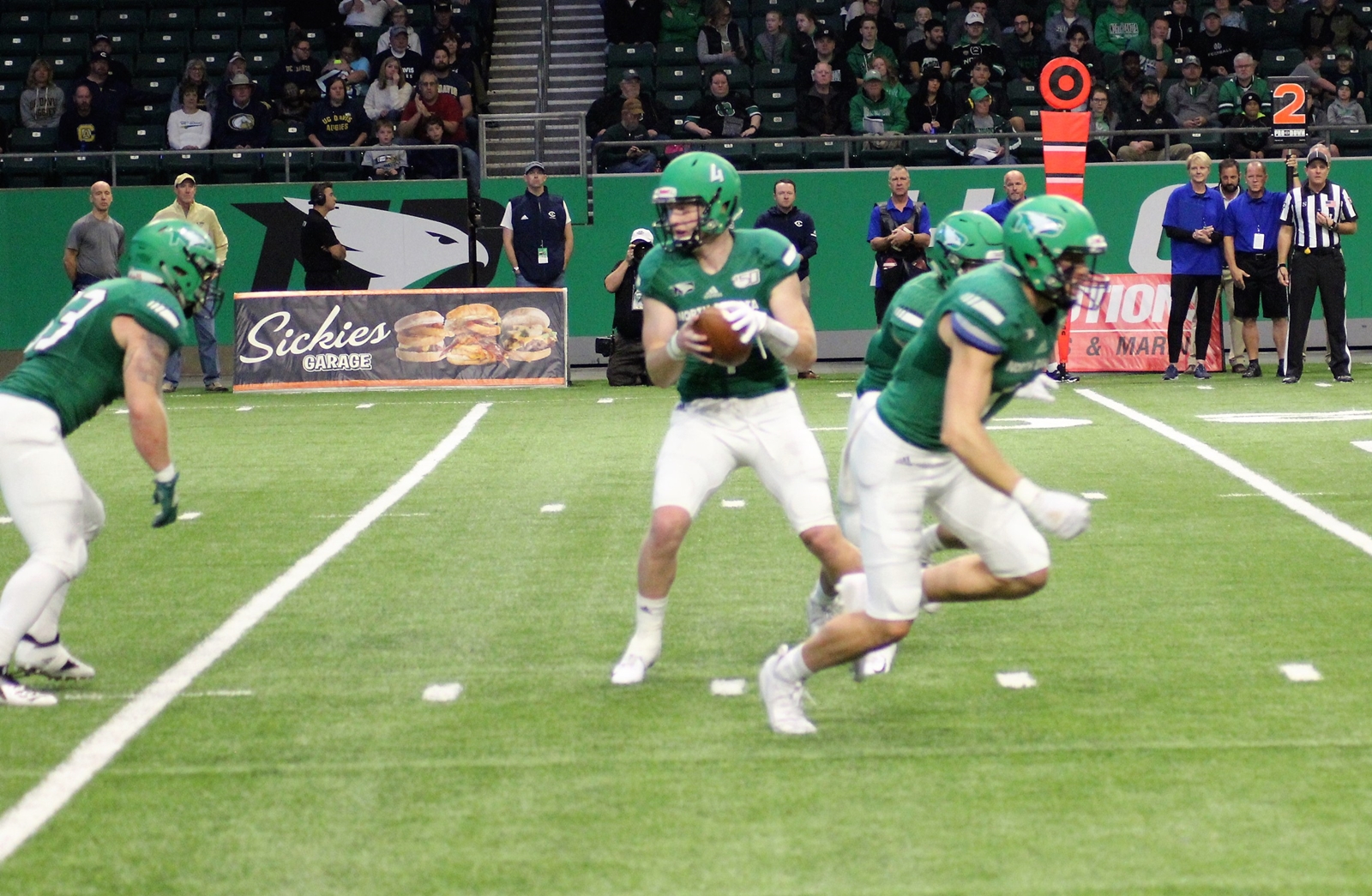 Brock Boltmann lines up as quarterback and hands off. 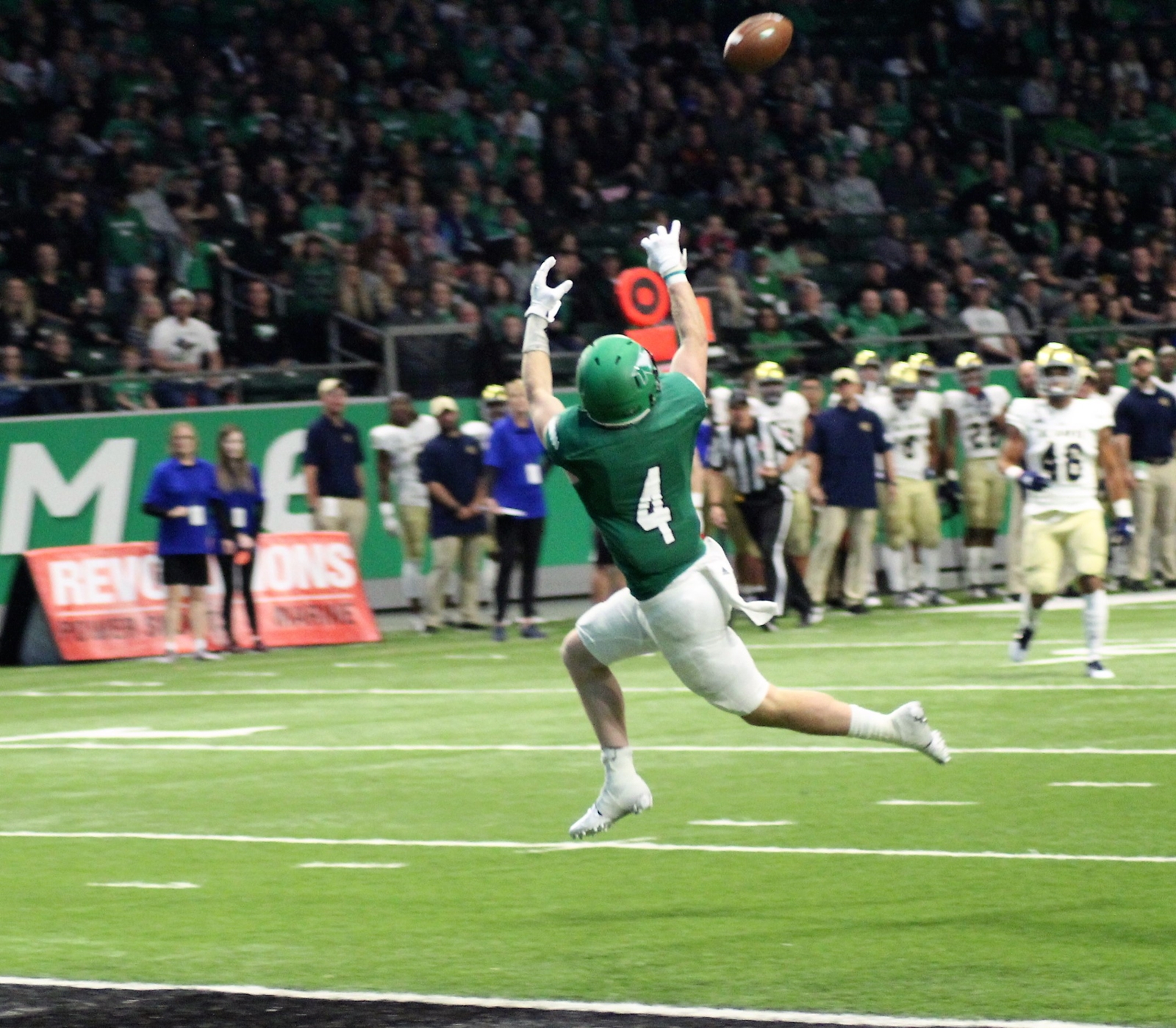 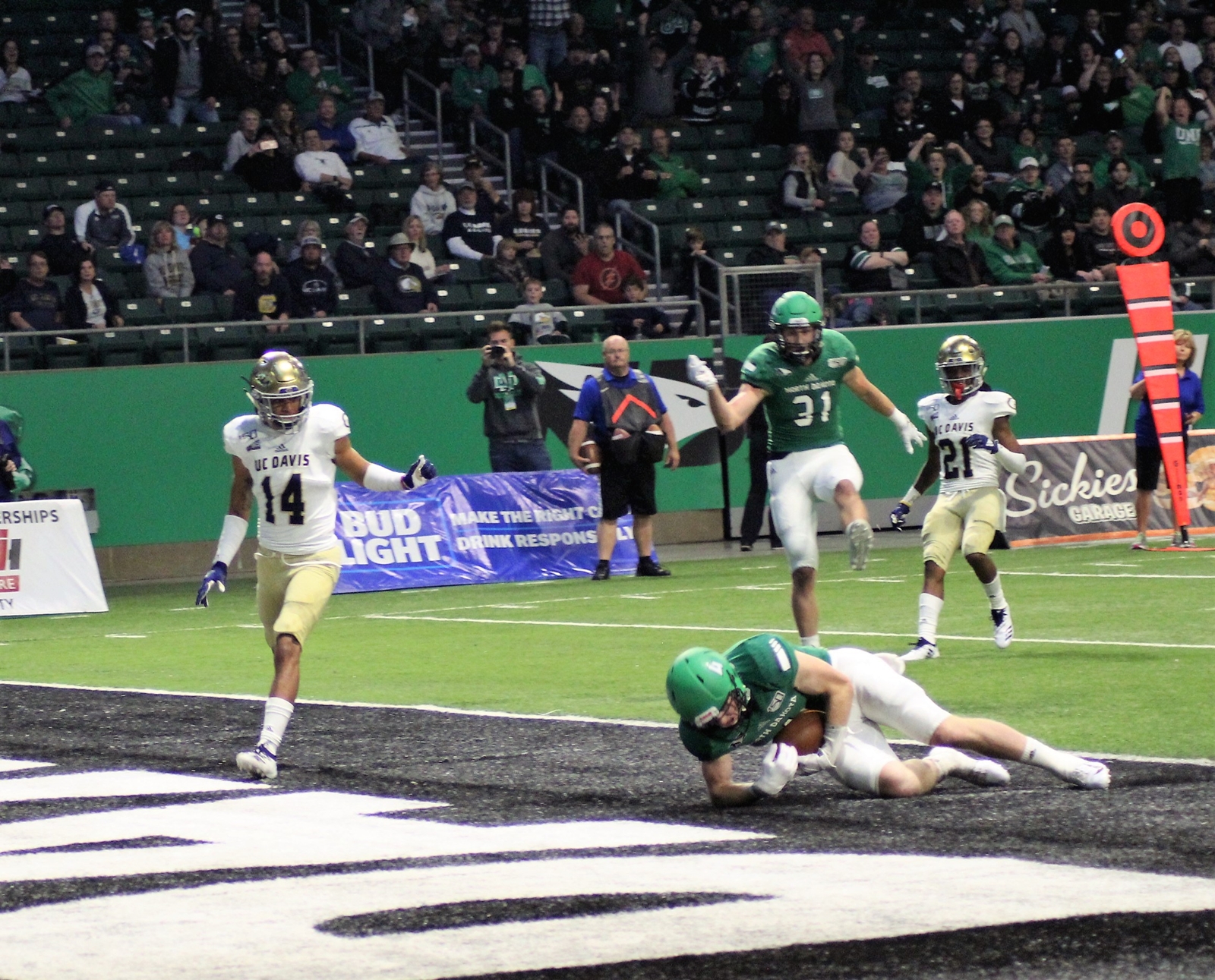 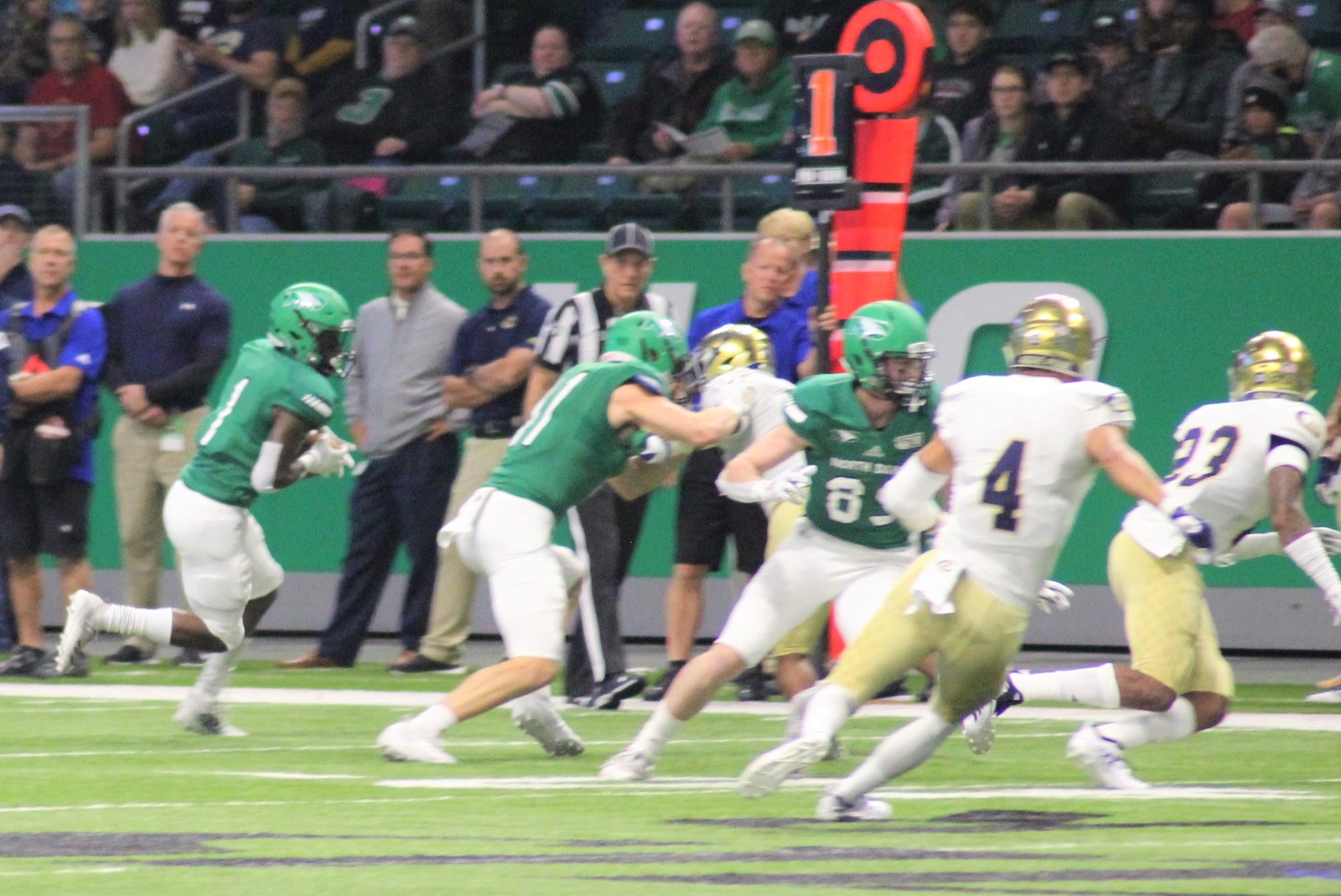 Cam McKinney on the move. 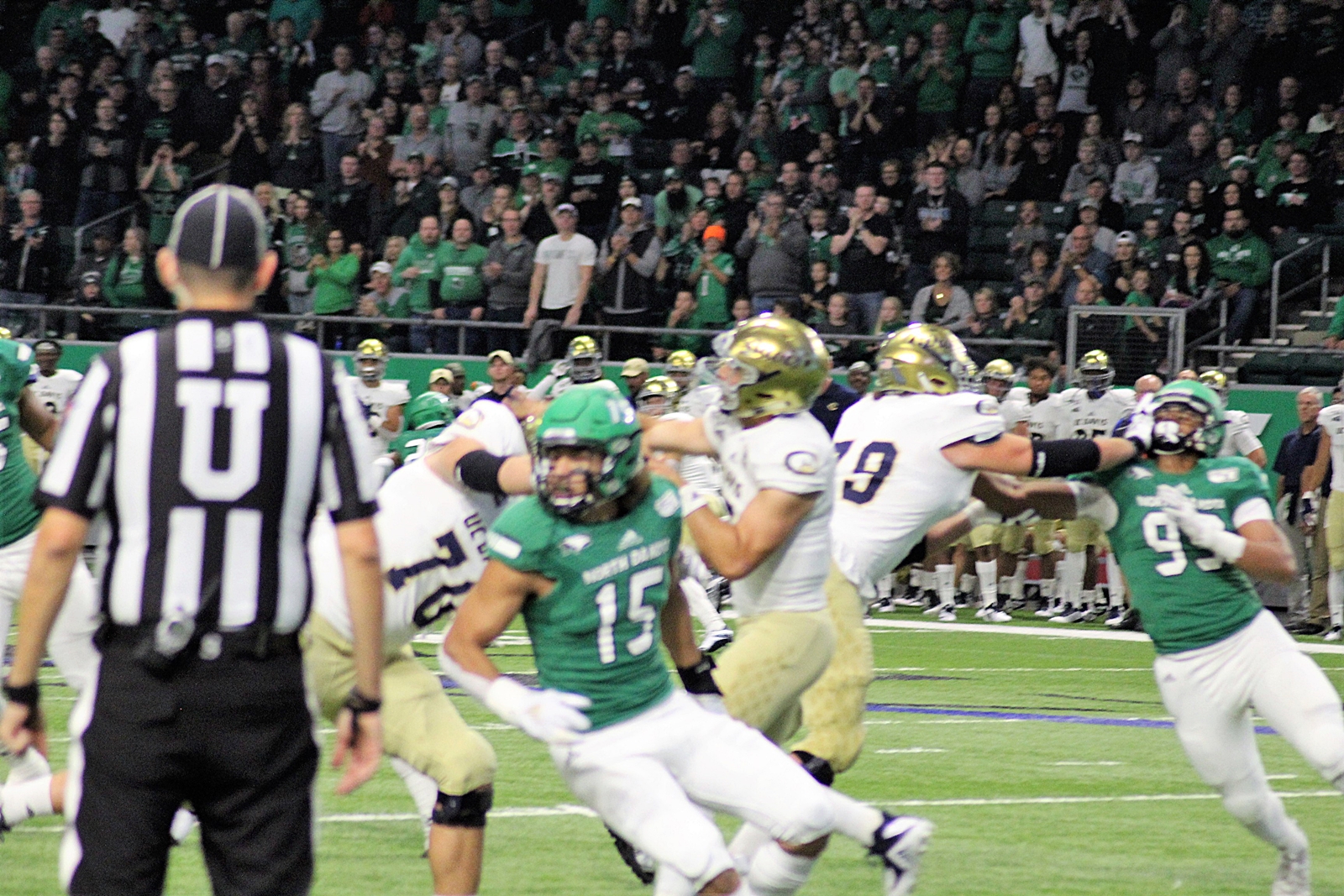 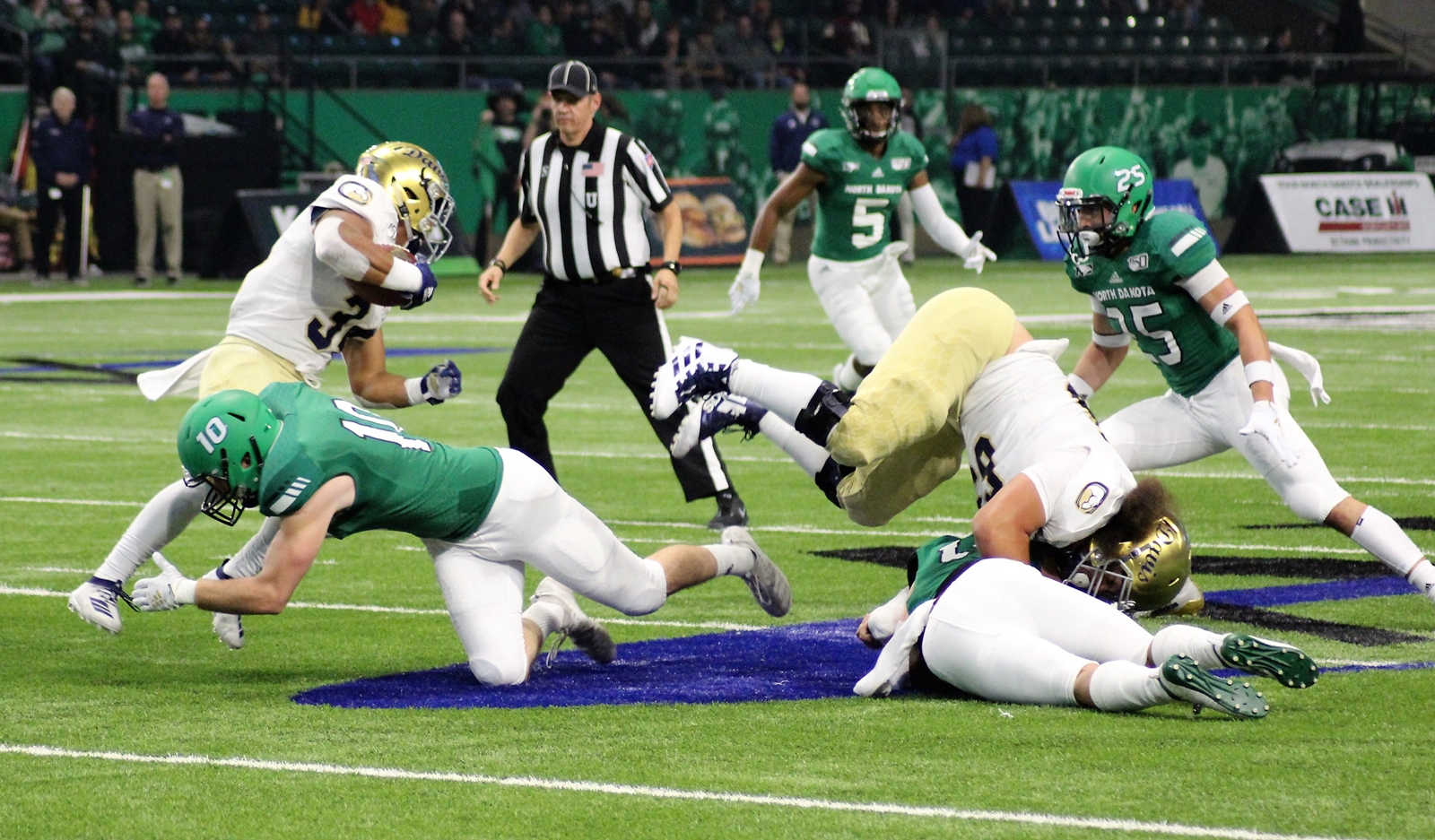 The UND defense was good against the run all day long. 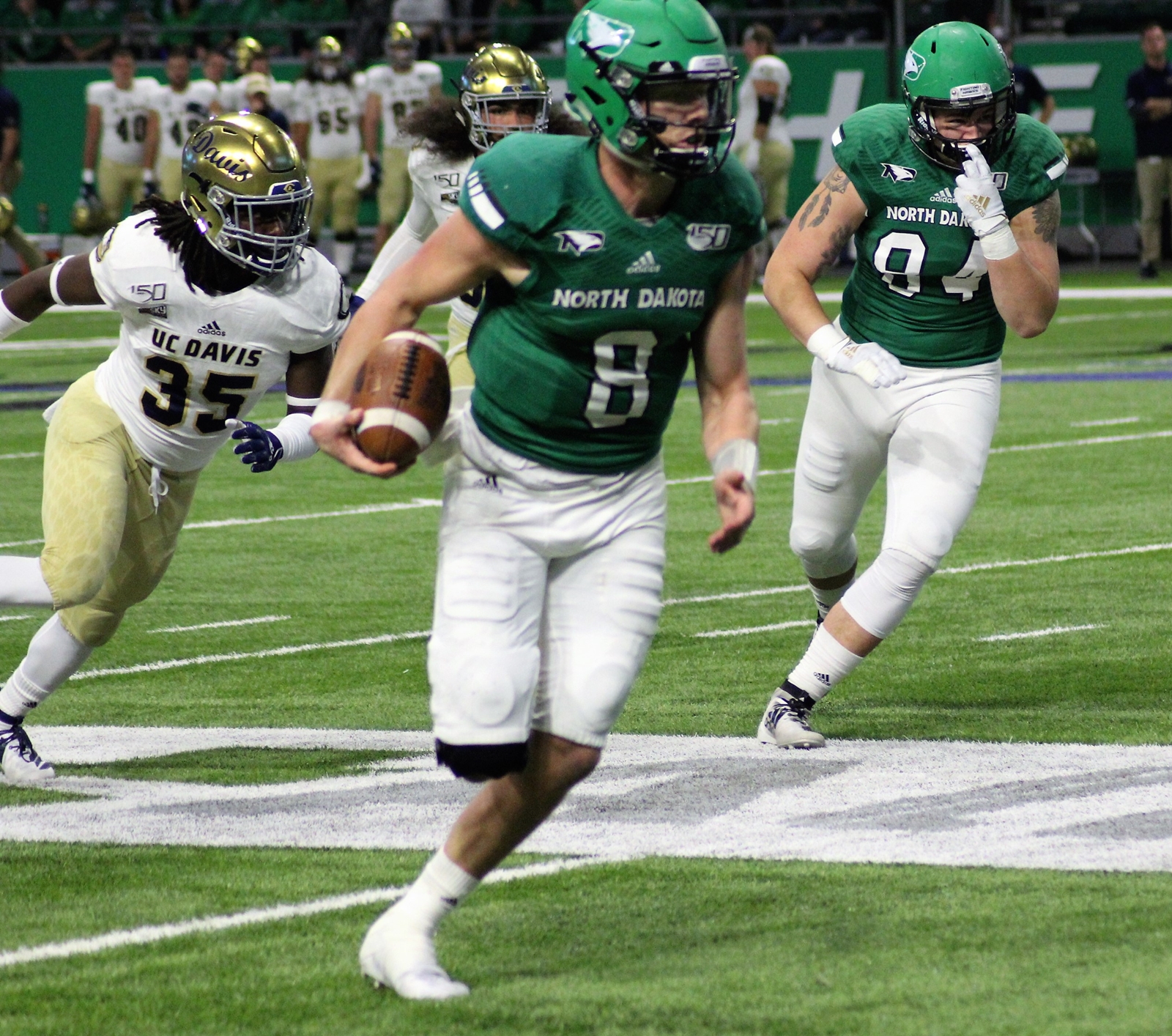 Nate Ketteringham takes off for a nice run. 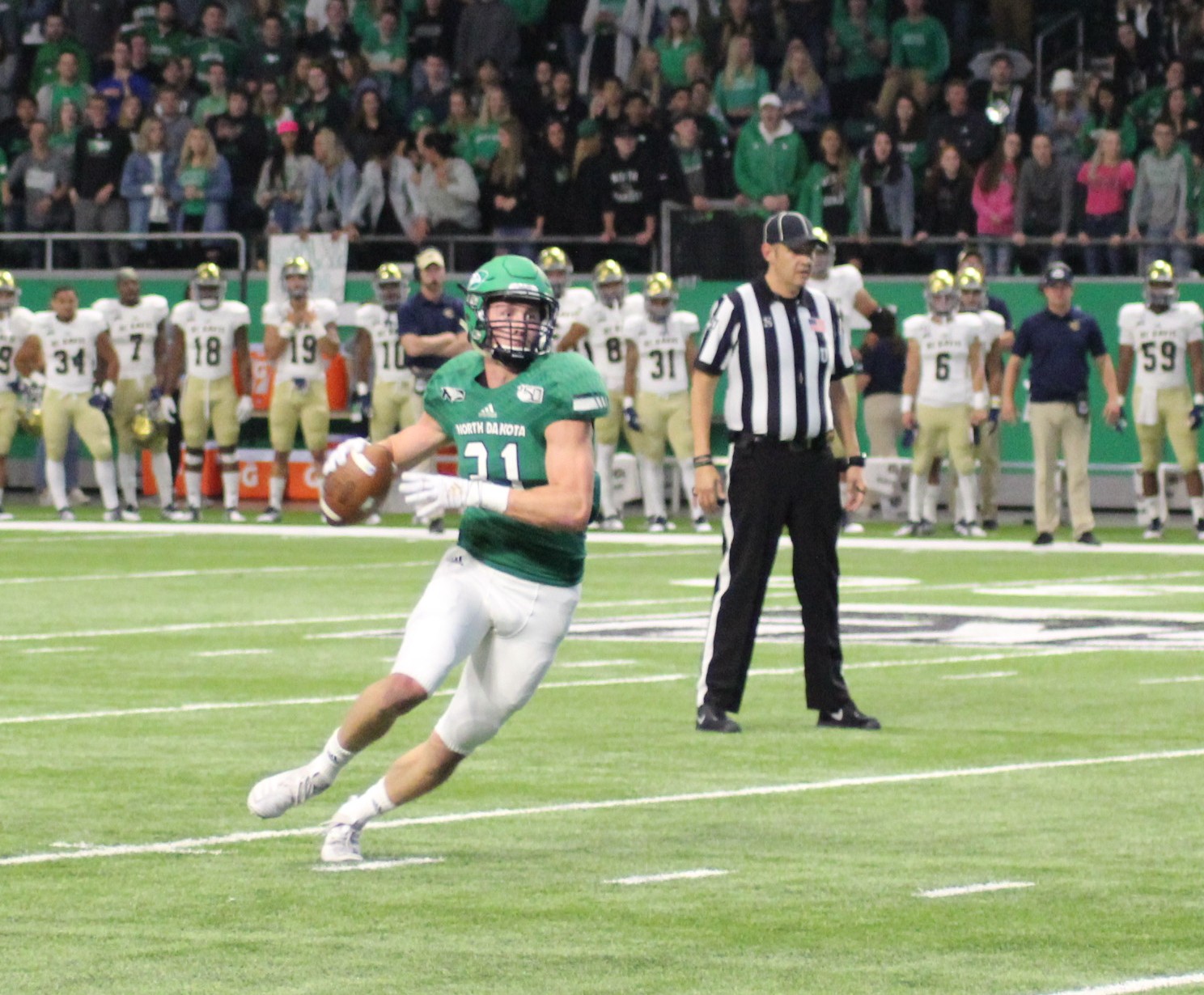