Your Morning Dump... Where Danny Ainge is here to stifle the Gordon Hayward hype 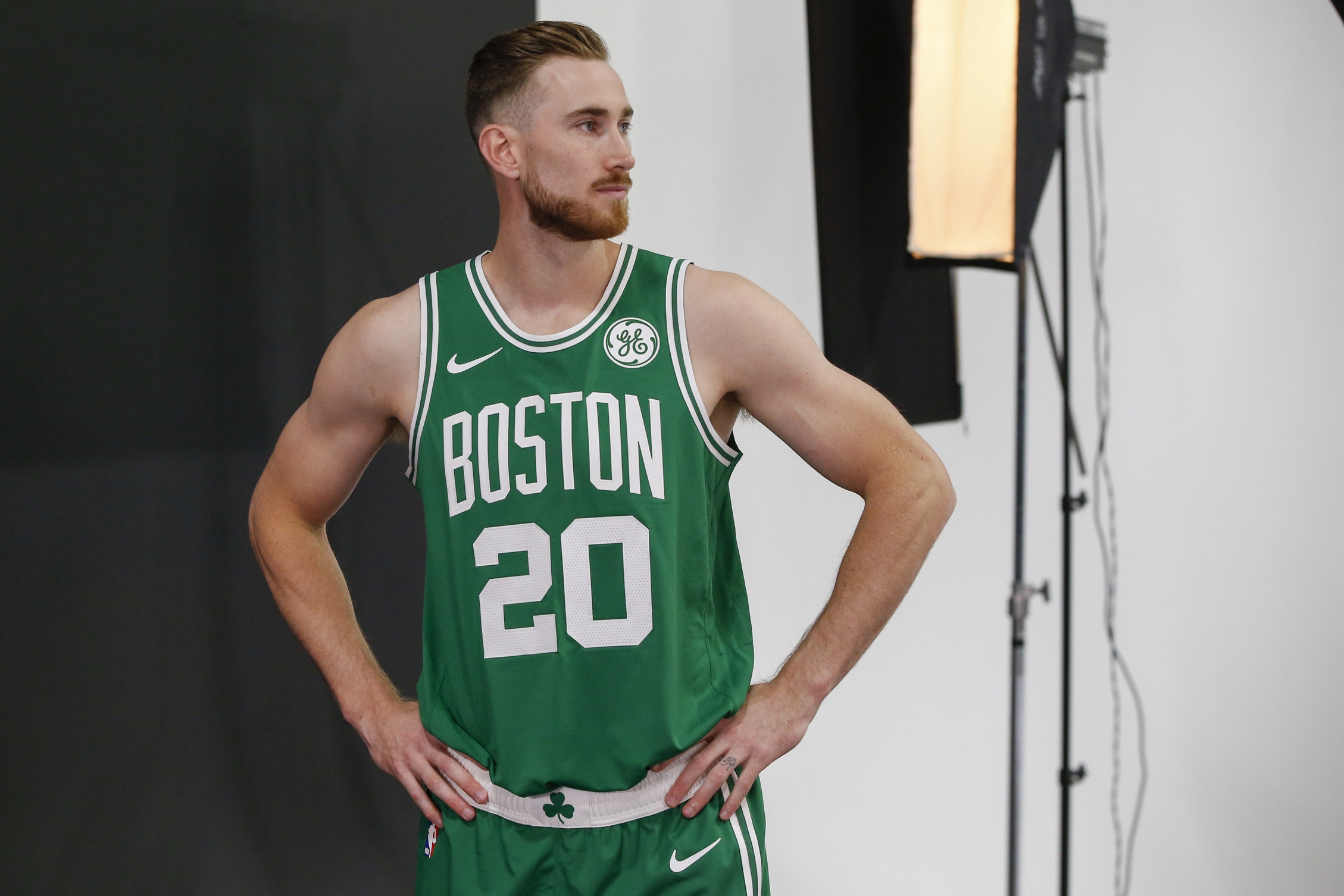 Your Morning Dump... Where Danny Ainge is here to stifle the Gordon Hayward hype

“I think right now there’s been a lot of buzz about Gordon and his comeback and I’m worried that it’s getting a little out of hand,” Ainge said before a Celtics open practice for season ticket holders on Saturday. “Like, I think he’s Gordon. He’s back to being Gordon. And we’re very excited about that. I sometimes worry, like, ‘Oh my gosh, they think it’s somebody else.’ But I’m excited about Gordon.”

Hayward’s teammates could be excused for their excitement. When he was good last season, the Celtics won games — they were 17-4 when he scored 15 points or more, and he shined in Boston’s first-round series against the Indiana Pacers. In the playoffs, Hayward hit 37.5 percent of his 3-pointers after making just 33.3 percent during the regular season.

I’m old enough to remember when Celtics fans thought (more like prayed) Hayward could have an impact on the 2017-18 playoffs – 7 months after his injury.

Here we are – nearly a full two years after the injury – and Hayward’s potential impact is still being debated/hyped/shooshed.

I’ll be honest… I don’t think about Hayward. For me, this team’s ascension to conference finalist contender and eventually championship contender sits on the shoulders of Jayson Tatum and Jaylen Brown.

Hayward’s a nice complimentary player, but it’s possible his best basketball has come and gone.

On Page 2, basketball is back and so is a grumpy Terry Rozier.

No doubt Terry Rozier will get a warm welcome when he takes the TD Garden floor with Charlotte for the Celtics’ preseason opener Sunday – and it’s a fair bet he’ll be happy to be here, too.

But he’ll have that edge that’s always been a part of his game, too. It was evident when he told the Charlotte Observer this week, “I’m pissed off about a lot of stuff. I want to prove myself again.”

“I’m not Kemba,” he told the Observer. “I’m not coming in here acting like I’m Kemba. I’m Terry. I respect the hell out of Kemba. When I play against him, I’m going to give him my best, and I know I’ll get his best. But Kemba? I don’t want to hear it. Don’t talk to me about Kemba.”

I think Terry Rozier enjoys speaking candidly to the media. He received a lot of attention this off-season for his brutally honest assessment of the Celtics. And judging by these quotes about Charlotte and Kemba Walker, he’s done pulling punches.

The security of a $57 million contract can free the spirit, huh.

Tip-off is at 6pm. I’m most excited to watch the centers, specifically Robert Williams.

And finally, Grant Williams might be getting on Jayson Tatum’s nerves.

Marcus Smart: “Grant Williams talks. I talk trash. It's different. He talks. He literally talks non-stop, and I think it's annoying Jayson.”

Grant Williams: “They already said they’re getting tired of my voice.”

The Celtics are in-fighting again. (I kid.)

Grant Williams lost a shooting contest to Jayson Tatum. Rookie’s punishment? Pushups whenever Tatum demands them. Here’s the last of one set of 10 as Williams was headed to chat with a reporter. pic.twitter.com/JHxU26wcJz