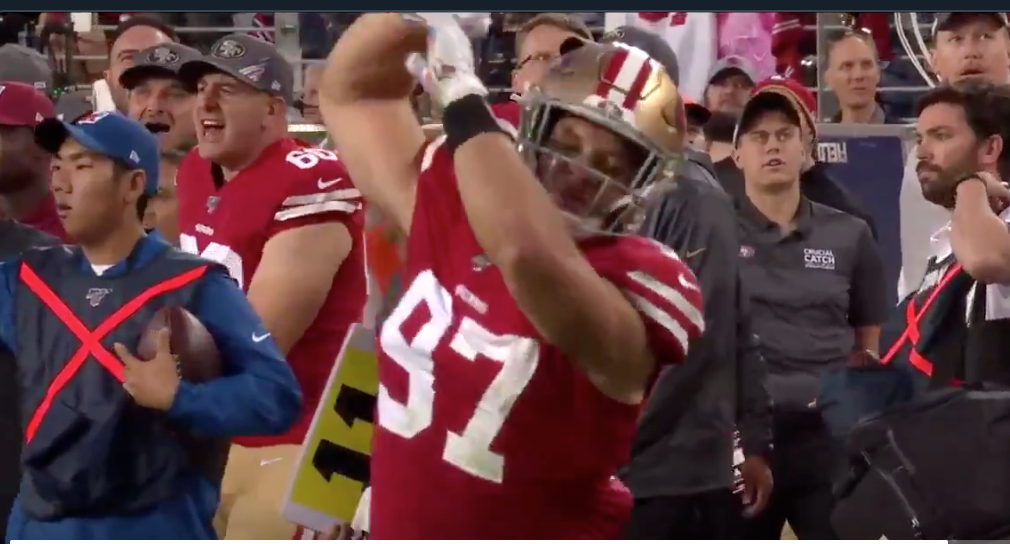 No. 2 overall pick Nick Bosa and Browns quarterback Baker Mayfield have some history, dating back to when they squared off in college.

Bosa’s Ohio State Buckeyes and Mayfield’s Oklahoma Sooners played against each other back in 2017, in what was an epic matchup.

The Sooners upset the Buckeyes at Ohio Stadium that day, 31-16, and Mayfield rubbed salt in the wound afterward. He ran over to the Buckeyes logo on the field after the game, and planted the Sooners flag, along with his teammates watching.

Back in 2017, Baker Mayfield planted the Oklahoma flag on the Ohio State midfield logo….. Nick Bosa didn't forget and did the flag plant celebration after sacking Mayfield tonight! 😂😂 pic.twitter.com/RELxZKEquZ

Well, Bosa never forgot about that, as he got revenge after sacking Mayfield on Monday night with this hilarious gesture.

UPDATE: He also did this after the game.

Bosa with the epic troll of Baker after the win 🔥 pic.twitter.com/e0eRB6smze