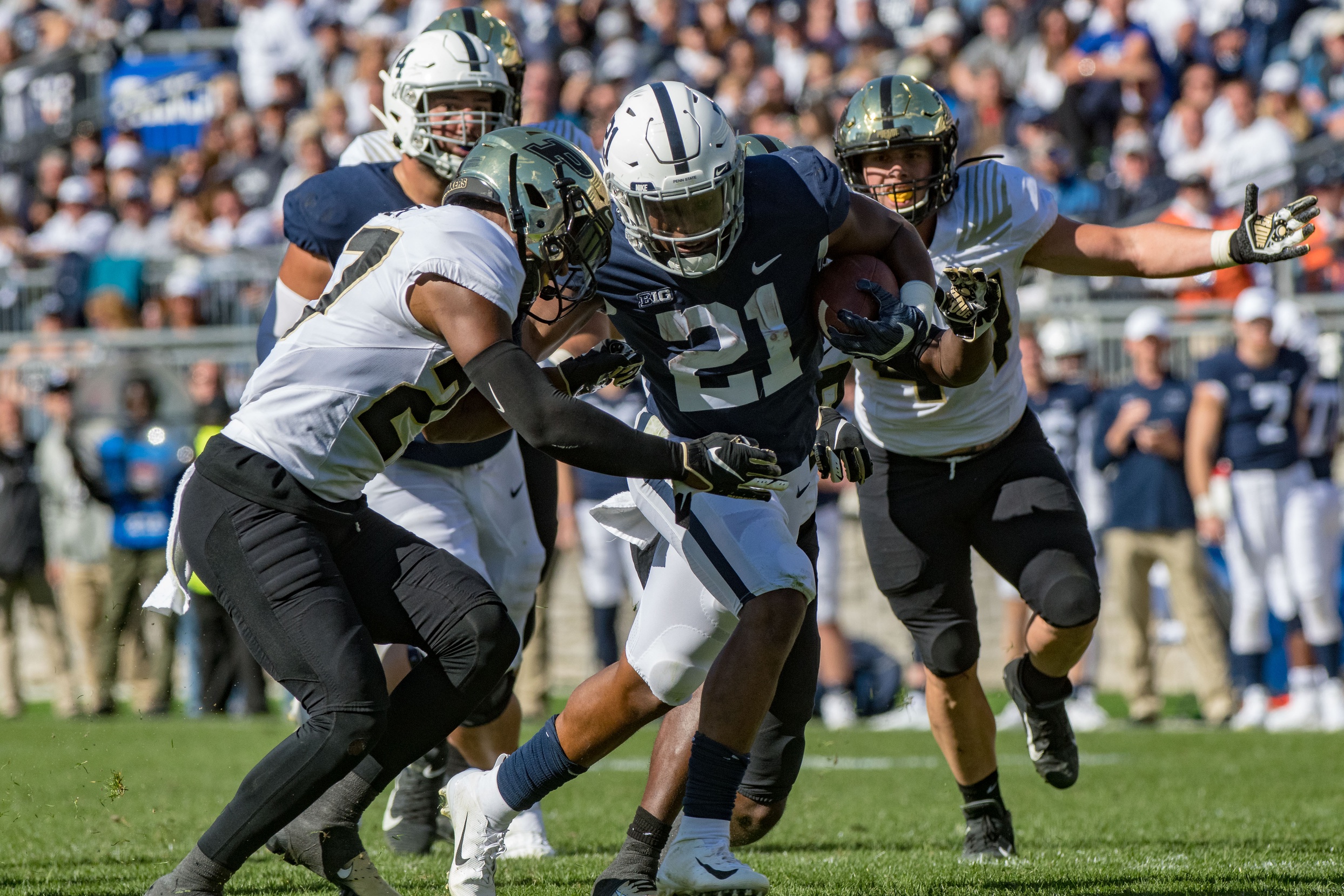 For those who were unaware, I began hosting a daily podcast for Penn State fans last week. I have taken over as the host of Locked On Nittany Lions and helped to relaunch the show last week. This week, the show enters Week 2 with me as the host, and now I am going to start sharing the shows with you right here on Nittany Lions Den. It’s all a part of attempting to bring new life to this site and increase the exposure and awareness of the podcast for Penn State fans.

In today’s episode of Locked on Nittany Lions, I shared some final thought son Penn State’s 35-7 victory over Purdue on Saturday. Also in the episode is a quick rundown of what went down around the Big Ten in Week 6 and the rise of running back Noah Cain as the top rushing option in the Penn State offense. Will that be the look moving forward? This upcoming three-game stretch could go a long way to deciding that.