Three Takeaways from the Isles 4-1 win over Winnipeg 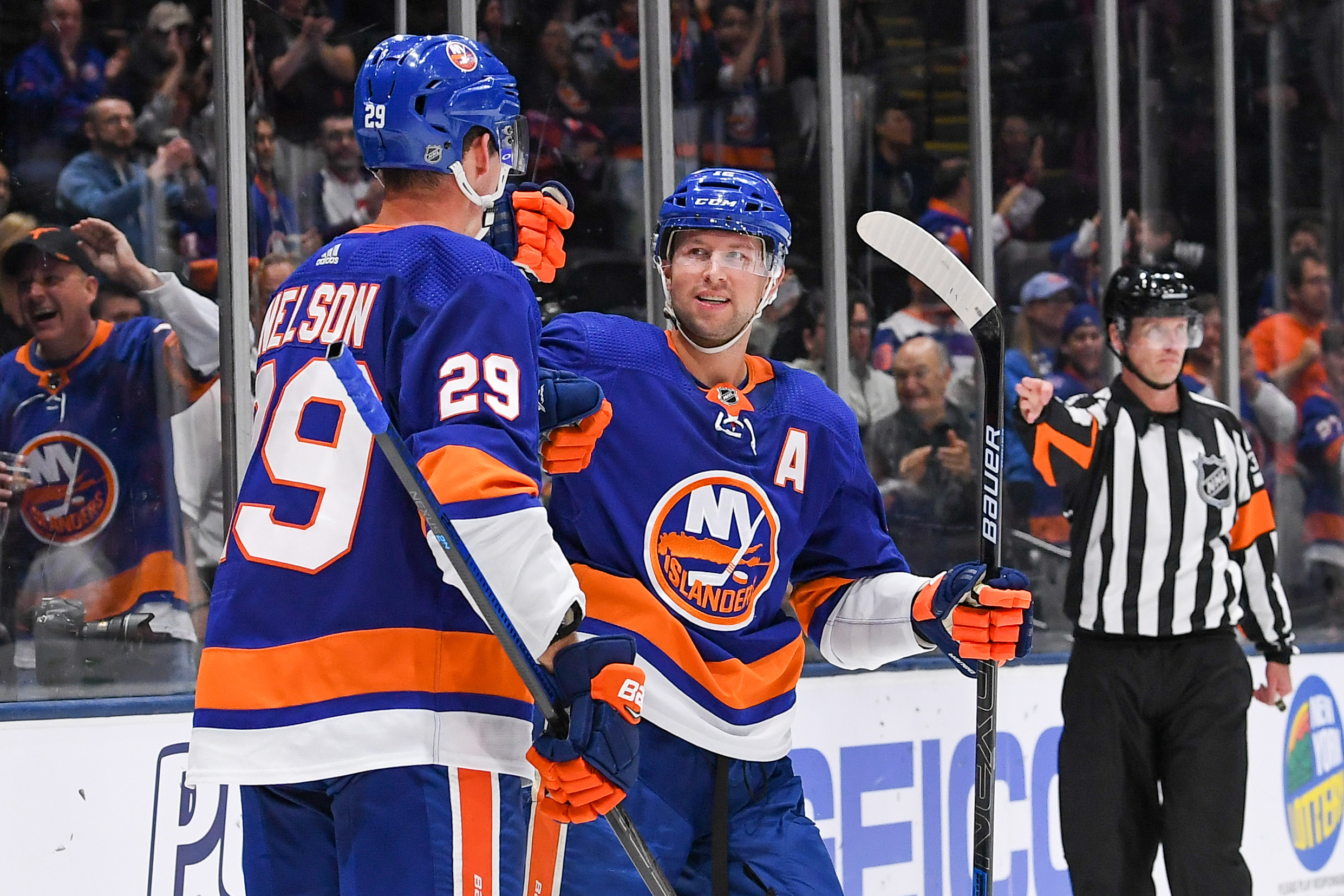 Three Takeaways from the Isles 4-1 win over Winnipeg

UNIONDALE, N.Y. — The Islanders picked up their first win of the season on Sunday night in the form of a 4-1 victory over the Winnipeg Jets. Josh Bailey, Brock Nelson, Anders Lee and Anthony Beauvillier each scored for the Isles.

Patrik Laine scored Winnipeg’s only goal of the night.

The Islanders found their offense

In Friday’s season opener, the Islanders offense was nowhere to be found. It was a different story on Sunday, with the Islanders scoring four goals against Winnipeg and 10 different players recording at least a point in the win.

It was a three-goal second period that jettisoned the Islander offense. Bailey scored 1:51 into the middle frame while on the power play to give the Isles a lead. Nelson scored his first goal of the season 2:47 after the Bailey goal and a deflection by Lee at 15:55 capped off the second period. New York outshot Winnipeg 19-9 in the second period and several outstanding saves by Laurent Brossoit kept the Isles from doing even more damage.

Beauvillier cracked through Brossoit 1:25 into the third for the fourth Islanders’ goal.

“Everybody talks about scoring for us, but we have a lot of weapons on this team,” Nelson said. “When we’re moving, playing good systems, playing tight defense we’re going to get chances. It’s just up to us to go out there and capitalize on them.”

You know you want to rewatch all the #Isles highlights from the first W!@NYIslanders | #YesYesYes pic.twitter.com/FfAwRxjfEU

The Islanders did a good job of that on Sunday night. Some good transitions led to several scoring opportunities against Winnipeg.

“You’re getting production through the lineup,” Islanders coach Barry Trotz said. “I’m not afraid to play one through four against anybody. I thought on the backend today, (Pelech) and Pulock were really good. They were real strong like I expected and (Leddy) had a real strong game.

“It was a good team effort.”

Greiss off to a good start

Thomas Greiss had a strong 2019-20 debut against Winnipeg. The Islander netminder made 35 saves in a win over a very offensively talented team, which included some tough saves in the third period.

Laine was the only Jet to beat Greiss through the 60-minute affair, but it was far from Greiss’ fault.

“They got some guys that can shoot,” Trotz said. “If you look at the goal they did score that’s not goalie error. That’s one of the dangerous young snipers that are in the league.”

As usual, Greiss was very casual about his 35 save performance after the win.

“Everybody is chipping. I have to do my part and the guys have to do their part. Glad we could pull out the win there,” Greiss said.