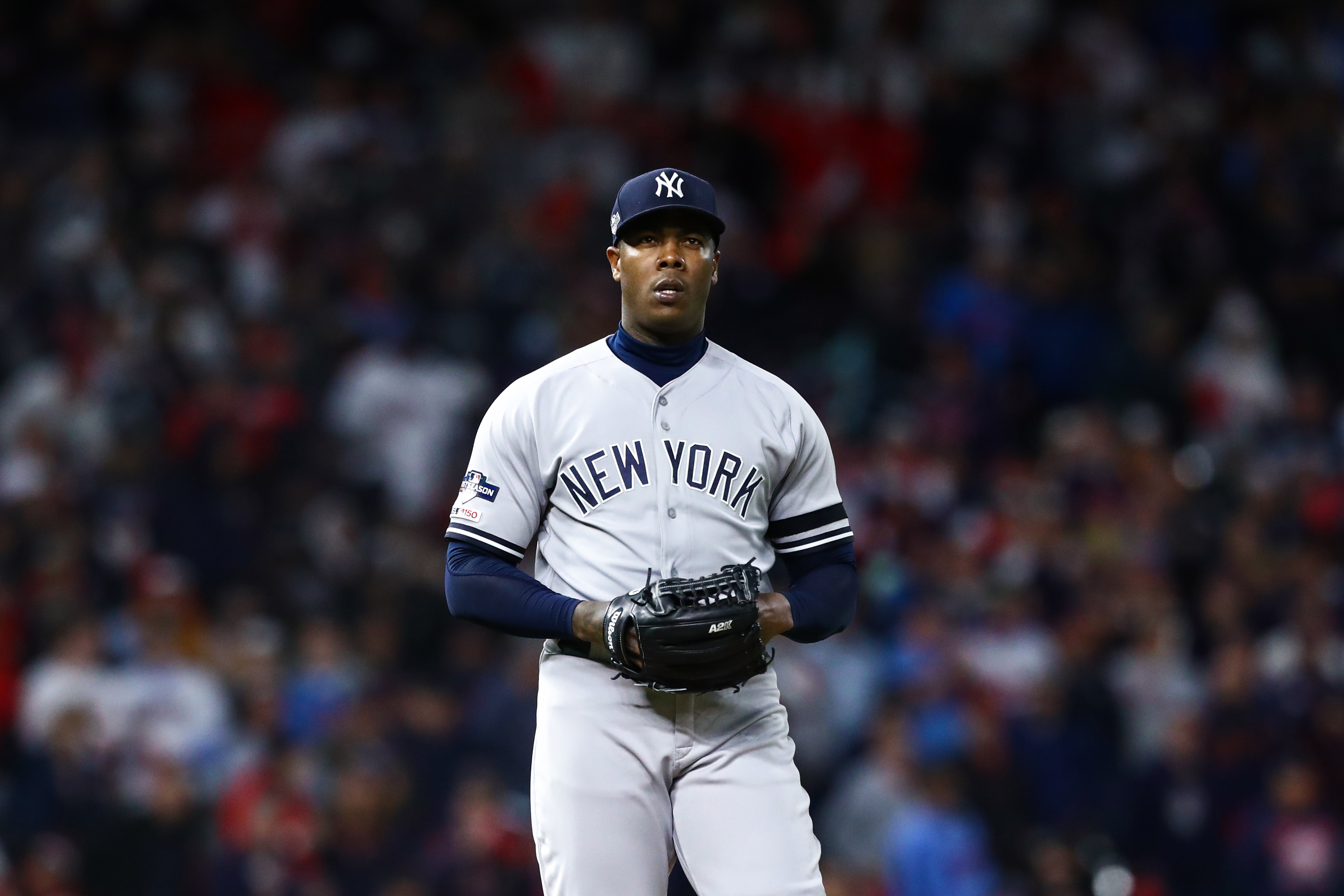 Yankees closer Aroldis Chapman currently has a large bandage on his hand, and the reason behind that isn’t one you’d expect.

Chapman reportedly injured his left (pitching) hand celebrating after the team defeated the Twins in Game 3 of the American League Division Series on Monday night — thus pulling off the series sweep.

The Yankees flamethrower told the New York Post he hit his hand on a bottle while celebrating.

“I was just celebrating and everyone was jumping around,” Chapman told the Post. “I got hit with a bottle, but it’s fine.”

“I saw it when he walked by,” Cashman told NJ.com. “It’s a question on my mind. You know what he did? He gave me a fist-bump with the wrap on his wrist. So, I was like, what’s that? But they were all going out on the field and he had a huge smile on his face. So I have no answer as to what that is. But I fist-bumped it.”

Bottle hits Aroldis Chapman in wacky Yankees injury scare | His hand is bandaged up, but he says it will be fine. pic.twitter.com/LIEZQvhDUo

The Yankees await the winner of the Astros-Rays series.

Hall of Very Good 19m ago