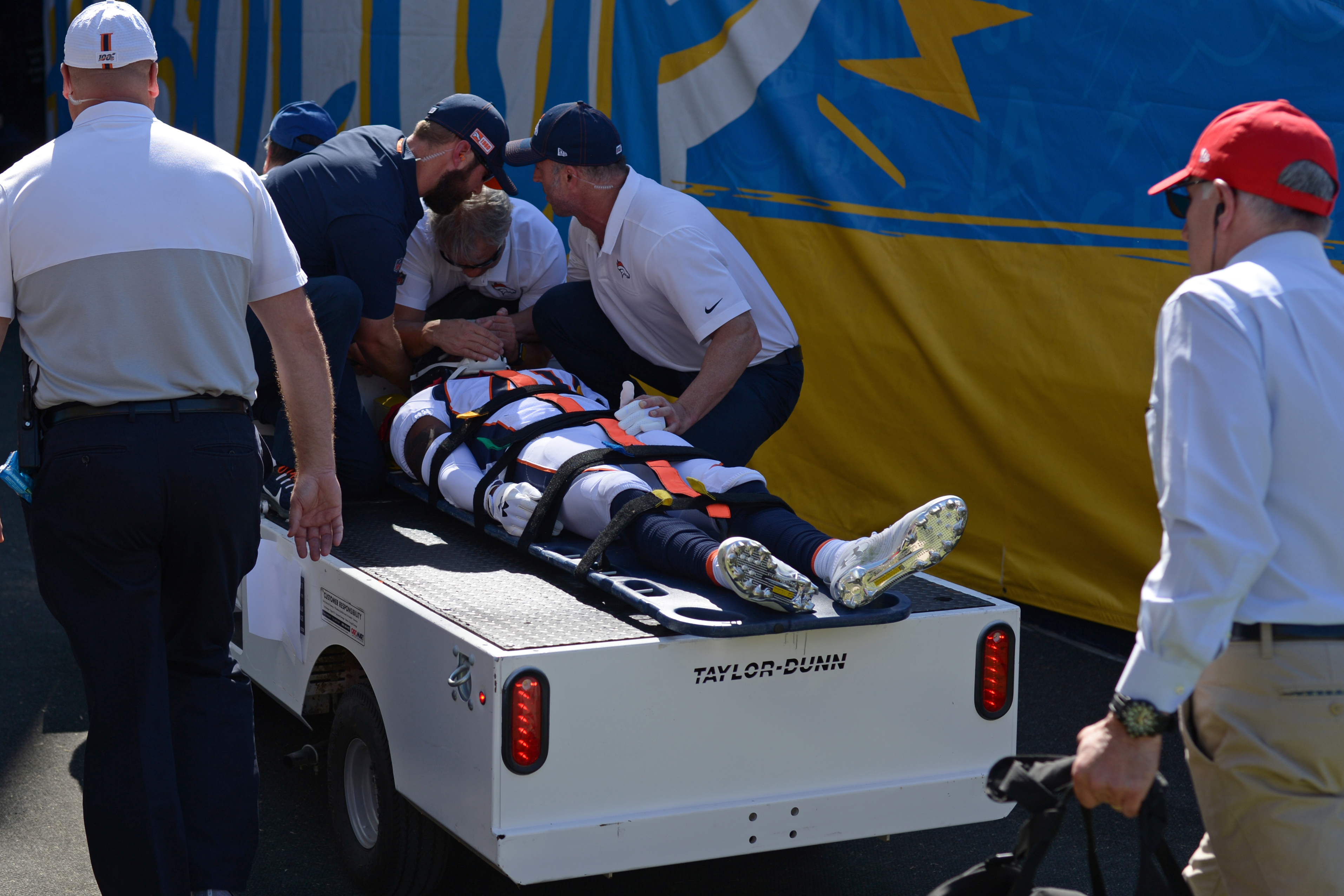 The collision involving Broncos cornerback De’Vante Bausby and teammate Alexander Johnson was indeed as scary as it looked during Sunday’s game.

Bausby ran into Johnson attempting to tackle Chargers running back Austin Ekeler during the game, and he was down for quite some time. He was eventually put onto a stretcher and taken off the field to the locker room, and apparently, he couldn’t even move during that time.

“They said I was paralyzed for 30 minutes, after 30 minutes I could wiggle my toes and after two hours I could move everything else,” Bausby told Jeff Legwold of ESPN.com.

He was asked if he was scared during this time:

“Little bit, . . . I was never unconscious, I just couldn’t move, but I was still talking and everything,” he said. “The doc, the neurologist said I was going to be fine and I just trusted that, and after about 30 minutes I was able to wiggle my toes and after a couple hours I was able to regain full mobility so I was straight, I was fine.”

On the bright side, Bausby did say he just needs to “strengthen my [neck] muscles and I’ll be fine,” as it relates to his recovery, so we wish him well during this process, and it’s good to hear that he’ll likely be OK going forward.