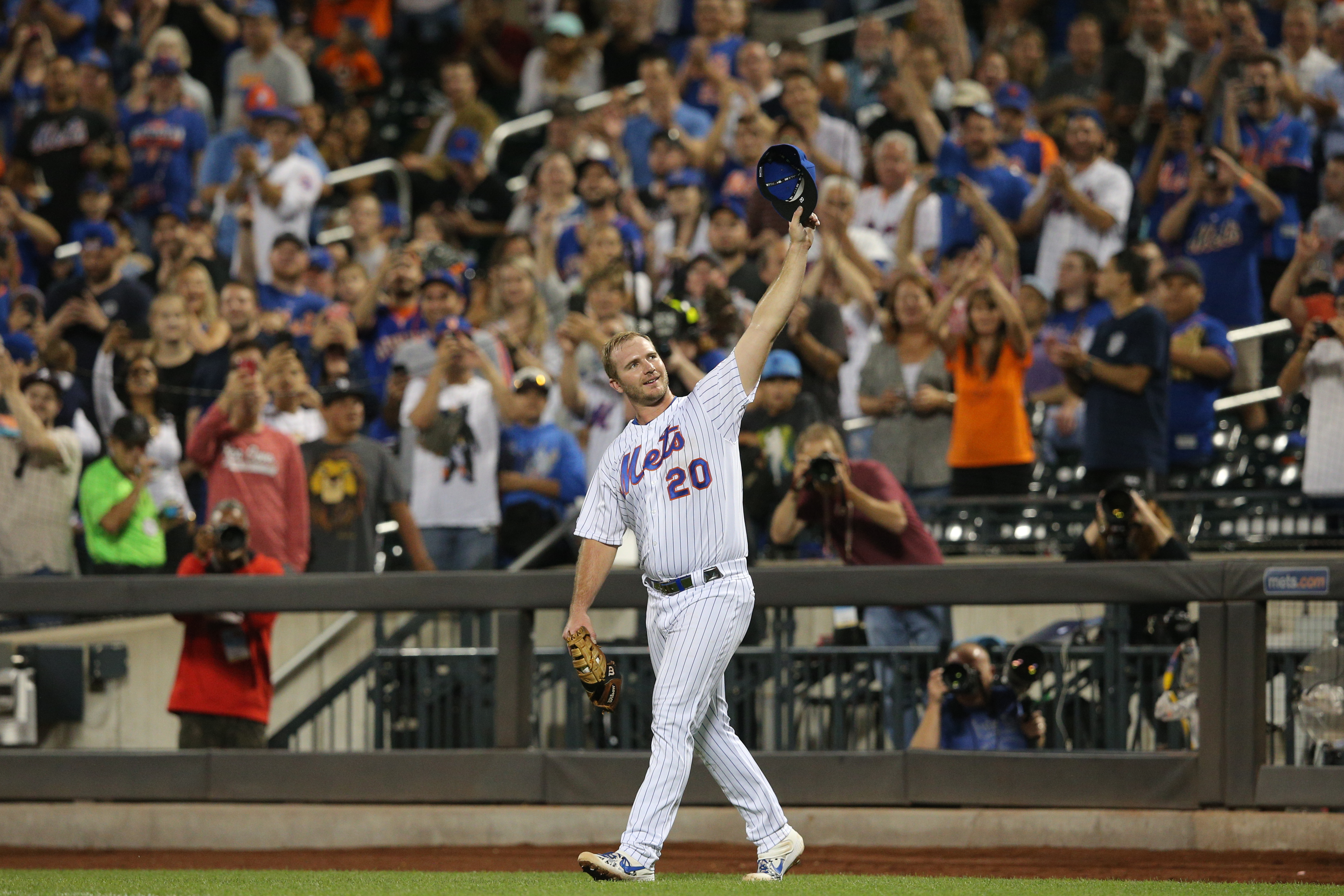 Now that the New York Mets’ 2019 season is over, we are going to take a look at the year as a whole over the next several days. We will break down the offense, starting pitching, relievers, coaching staff, and declare a team MVP along the way. We continue our season review today with a look at the Mets’ team MVP for the year.

While there has been plenty of debate in the past about who the New York Mets’ team MVP should be, this year there was no real discussion. Despite another strong season from Jacob deGrom and a breakout from Jeff McNeil, the Mets’ team MVP goes to someone who could finish in the top five of the actual National League MVP balloting: first baseman Pete Alonso.

Sep 28, 2019; New York City, NY, USA; New York Mets first baseman Pete Alonso (20) celebrates his third inning solo home run against the Atlanta Braves as he comes onto the field for the fourth inning at Citi Field. The home run was his 53rd of the season breaking the rookie record for home runs in a single season. Mandatory Credit: Brad Penner-USA TODAY Sports

The numbers speak for themselves at this point. Alonso hit .260 in his rookie season, and he also led the team in home runs (53) and RBI’s (120). That home run total not only shattered the Mets’ single season mark for long balls, but also broke Aaron Judge’s rookie record of 52 homers and was the most in the major leagues. Teams quickly became terrified to pitch to Alonso, who hit a lot of monstrous home runs for sure, but delivered plenty of clutch hits as well.

Alonso became the leader of the Mets on and off the field, including his tremendous gesture of organizing a special order of cleats to pay tribute to the first responders on the anniversary of September 11. That kind of class goes far beyond what anyone would have been expecting from a 24 year old, and the Mets are very lucky to have found their new leader just a year after David Wright stepped aside. The fact that Alonso led the big leagues in homers is an added bonus.