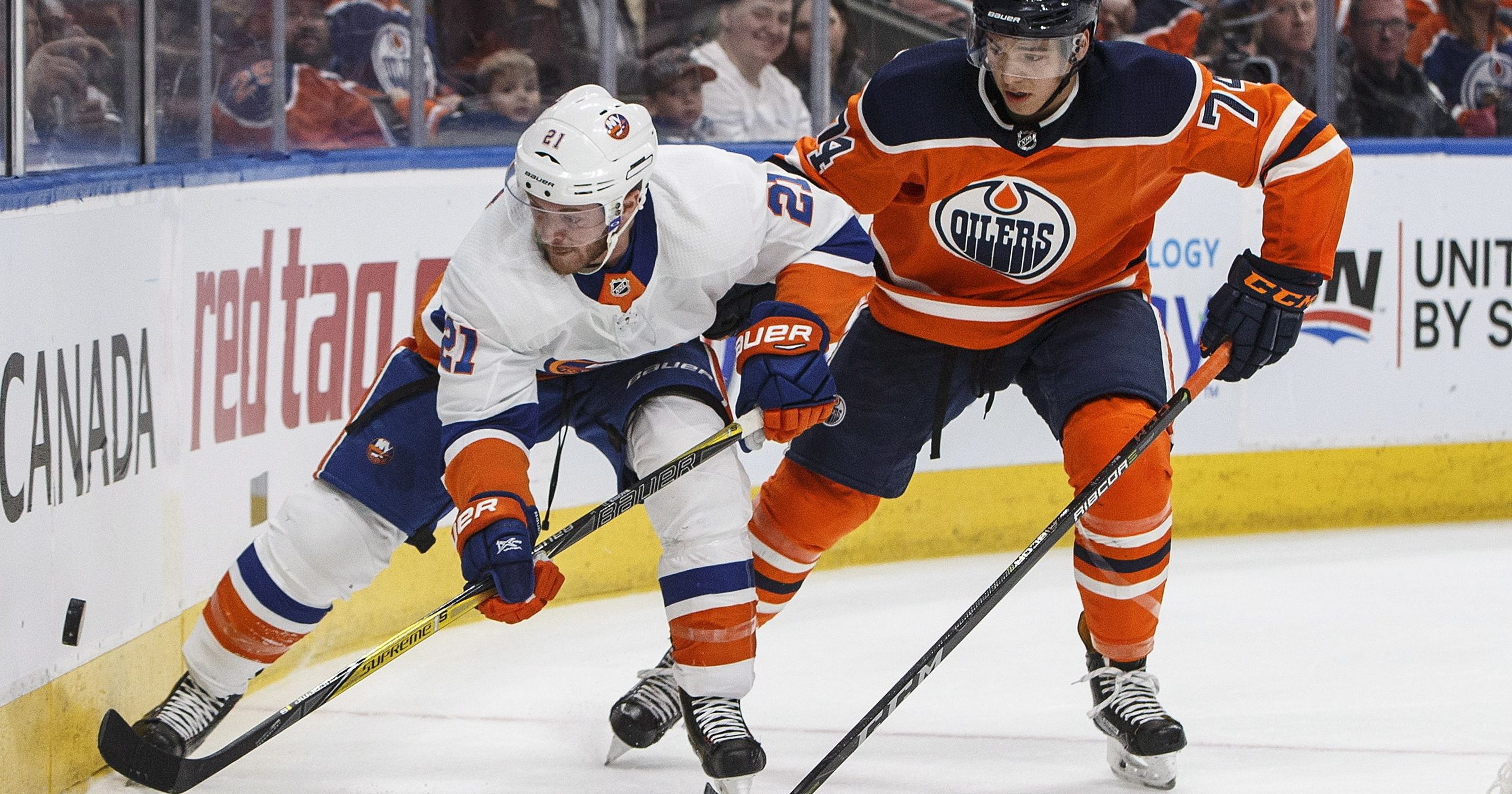 The Edmonton Oilers hit the road for the first time in the 2019-20 season. It isn’t an easy road trip, either, as the club heads to the east coast for the first time. The Oilers open a four game trip on Long Island against the Islanders in the first of two meetings between the teams on the year. It is the Oilers lone trip to the Big Apple this season.

The Oilers are 2-0-0 for the first time since 2016-17, having scored nine goals and surrendering seven in their victories. The Oilers topped Vancouver 3-2 on opening night and then escaped a wild game with a 6-5 victory over the Kings on Saturday.

Mikko Koskinen makes his first start of the season, while Semyon Varlamov gets the nod for the Islanders.

Edmonton: Make this a more structured game. The Oilers played a wild run-and-gun style on Saturday night, which worked against a poor Kings team. The Islanders have an immense amount of speed and skill and will rip Edmonton apart if they play the same way. Stay structured, keep things to the outside and attack as a five man group. Follow what Dave Tippett preaches.

New York: The Islanders speed and skill could very well be the difference in this tilt. The Oilers defense is relatively young and prone to mistakes. If the Islanders can gain the blueline with possession, they should be able to set up chances against an Oilers defense still figuring things out.

Edmonton: Riley Sheahan will make his Oilers debut tonight. A steady veteran for the bottom-six, Sheahan should help a penalty kill that was down right horrid the last two seasons. I’ll be watching Sheahan closely to see how he plays at five-on-five and how effective he is on the PK. He could be a really nice depth piece for this team.

New York: Maybe the only player that can keep up with Connor McDavid in the NHL, Mat Barzal possesses the kind of speed that will give anyone trouble. He’s the Islanders top dog on offense and presents all kinds of problems for the Oilers. The Islanders attack goes through this terrific center.

Riley Sheahan was activated from IR and will make his debut tonight. To make room on the roster, the Oilers placed Josh Archibald on IR. Archibald has been dealing with the flu. Alex Chiasson, also sick, is expected to miss tonight’s game. Brandon Manning will once again be a healthy scratch.

There aren’t too many new faces in the Islanders lineup. Derick Brassard signed late with the club and is centering the third line. Other than that, the only notable addition is Varlamov, who takes over for Robin Lehner. Noah Dobson will make his NHL debut in place of veteran Johnny Boychuk.

Mikko Koskinen returns to the building where he made his NHL debut. The 31st overall pick in the 2008 NHL Entry Draft, Koskinen made his NHL debut at the Nassau Coliseum on February 8th, 2011. Koskinen played two career games in the Coliseum.

The Oilers are playing at Nassau Coliseum for the first time since 2015. The Oilers haven’t won in Nassau county since 1999, when Mike Grier scored the game winning goal. The Oilers did win two games at Barclays Center, winning in November of 2016 and 2017.

Two games in and the Oilers have already scored two comeback victories. Both comebacks came with less than ten minutes remaining in regulation time. That hasn’t happened since the 2005-06 season. The sides split their meetings a season ago, with the home team winning each. The Oilers have won three of the last four head-to-head meetings.