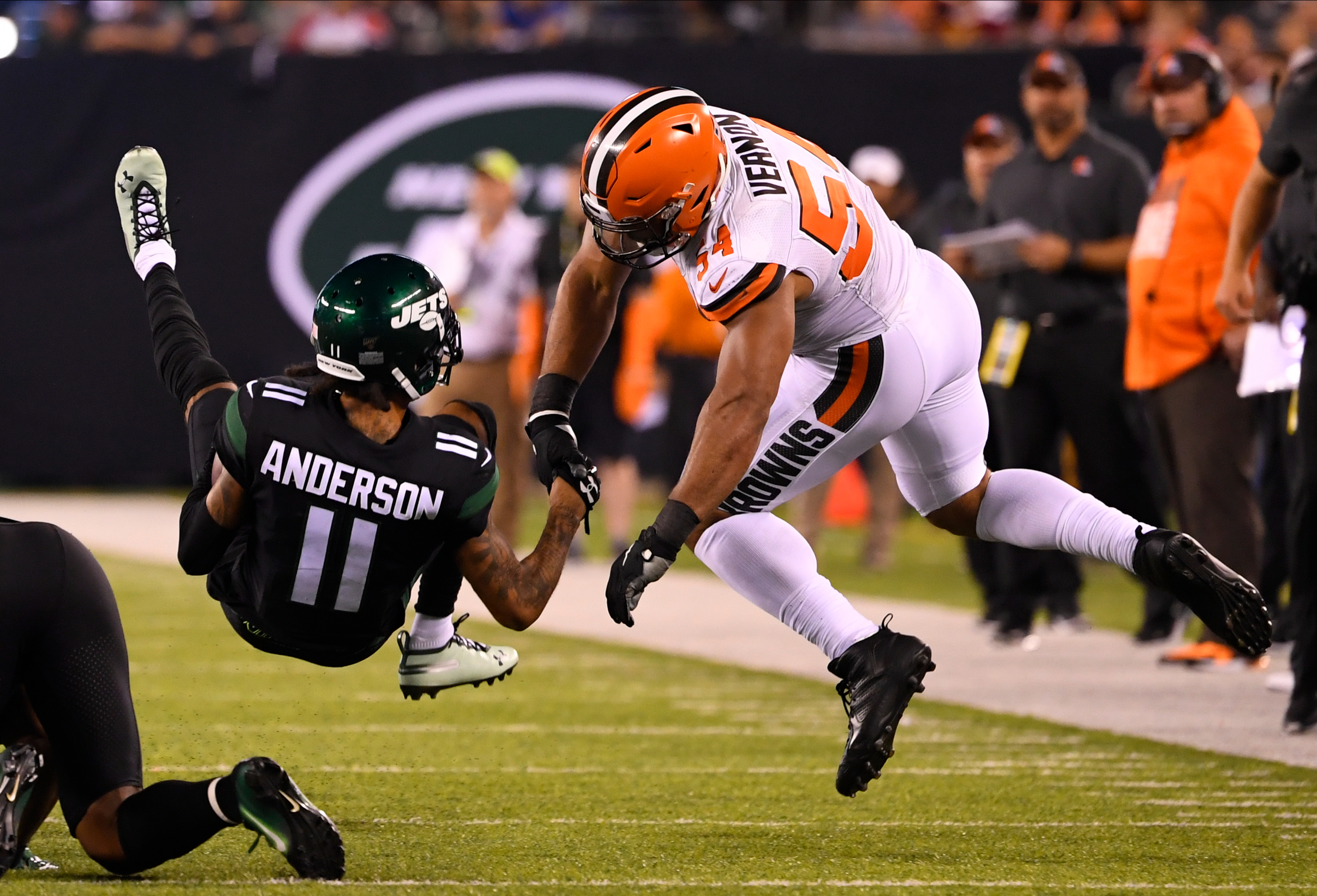 Browns defensive end Olivier Vernon tried to sneak in a cheap shot during Monday’s game, and he actually got away with it, but it didn’t take long for the Internet detectives to catch him red-handed.

49ers quarterback Jimmy Garoppolo was seen attempting to throw a block on an end-around in the first quarter of the game, with Vernon attempting to track down the ball carrier. However, rather than just running through him, Vernon elected to punch Jimmy G in the face instead.

Jimmy G just fell by himself 🤣

How did Olivier Vernon get away with punching him in the head?! 🤯

Here’s a more clear screenshot of the punch in question.

Hey ⁦@NFL⁩, where the hell was the flag for punching Jimmy G on the reverse play?!? Vernon better be getting slapped with a fine for this crap!!! 🤬🤬🤬🤬 pic.twitter.com/Ea7qOHGg7E

No penalty was called on the play, but Vernon will likely be hearing from the league in the form of a fine later on this week.