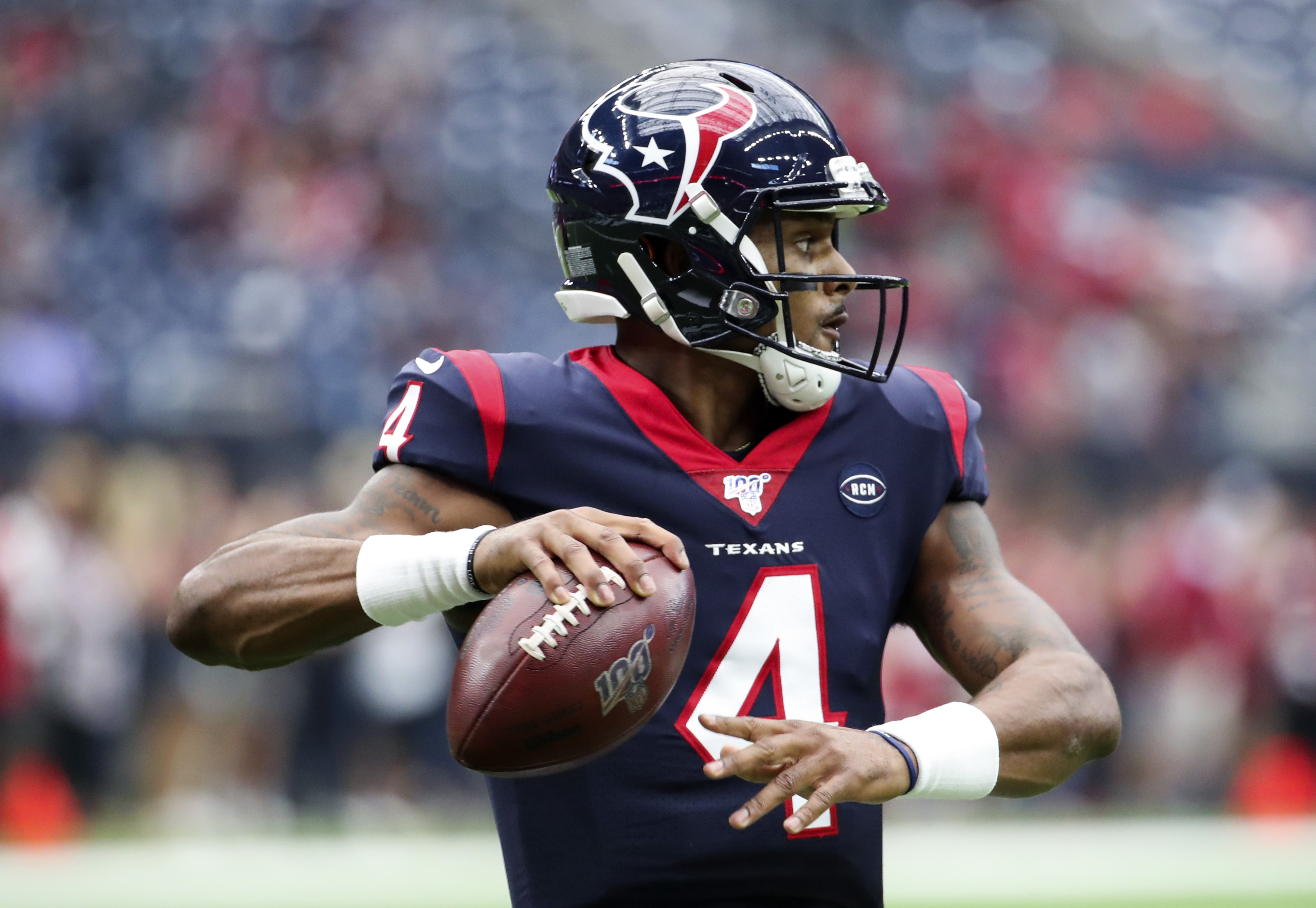 After five weeks in the 2019 National Football League regular season, there are two teams left undefeated. The New England Patriots went to 5-0 after clobbering the Washington Redskins 33-7. Meanwhile, the San Francisco 49ers went to 4-0 after easily beating the Cleveland Browns 31-3.

Here are the top five performers from week five of the 2019 NFL season.

5) Russell Wilson–Seattle Seahawks–There is a lot of talk that Russell Wilson has got himself into the 2019 NFL MVP race after five weeks. On Thursday, in the Seahawks’ 30-29 win over the Los Angeles Rams, Wilson, of Cincinnati, OH, completed 17 of 23 passes for 268 yards and four touchdowns. He also added 32 rushing yards. On the season, Wilson has had pinpoint control. He has 12 touchdowns and zero interceptions. The Seahawks meanwhile are second in the NFC West with a record of four wins and one loss.

4) Will Fuller V–Houston Texans–It had been a rather slow start to the season for Texans wide receiver Will Fuller V of Philadelphia, PA. He had only averaged 45.75 yards per game before Sunday. Then in week five, Fuller V broke out in a big way. He had 14 catches for 217 yards and three touchdowns as the Texans beat the Atlanta Falcons 53-32 in a southern shootout.

3) Christian McCaffrey–Carolina Panthers–Speaking of MVP quality seasons, there is no doubt that Christian McCaffrey is having an excellent season with the Panthers. The native of Castle Rock, CO had 19 carries for 176 yards and two touchdowns and six catches for 61 yards and a touchdown on Sunday in a 34-27 Panthers win over the Jacksonville Jaguars. With the win, the Panthers have now won three straight games after beginning the season at 0-2. In addition to McCaffrey, the Panthers offense seems to be clicking with 23 year old quarterback Kyle Allen of Scottsdale, AZ at the helm.

2) Aaron Jones–Green Bay Packers–Without Davante Adams due to a turf toe injury, the Green Bay Packers went to the ground game frequently in their game in Dallas on Sunday and had huge success. Aaron Jones of Savannah, GA had 19 rushes for 107 yards and four touchdowns along with seven catches for 75 yards in Green Bay’s 34-24 win over the Cowboys. With the win, the Packers are at 4-1 heading into their huge Canadian Thanksgiving Monday nighter against their NFC North Division rivals Detroit Lions.

1)Deshaun Watson–Houston Texans–Inconsistency has plagued DeShaun Watson of Gainesville, GA throughout his NFL career. However one thing is for certain. Once in a while, Watson will put up a masterfully brilliant performance of quarterbacking. On Sunday, Watson did just that as he completed 28 of 33 passes for 426 yards and five touchdowns, along with four carries for 47 yards in the Texans 21 point win over Atlanta. The Texans and Indianapolis Colts currently are tied for first in the AFC South at three wins and two losses.