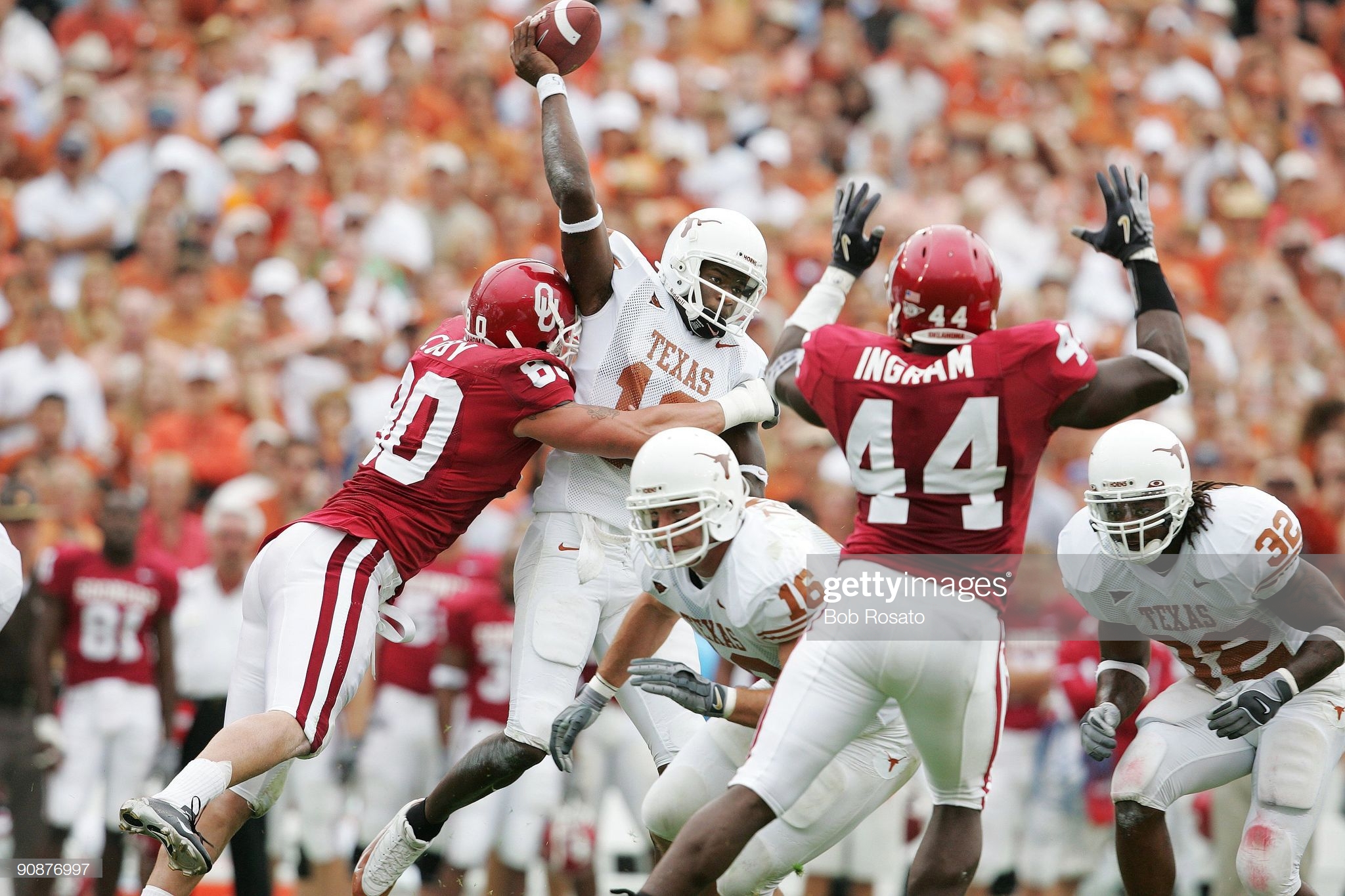 Under legendary head coaches Bob Stoops and Mack Brown, the annual Red River Shootout between Oklahoma and Texas went a long way toward crowning a Big 12 champion. In a match-up of top-5 teams on this day 15 years, the Sooners scored a rare shutout over their arch-rivals.

The Texas defense was led by linebacker and eventual Butkus Award winner Derrick Johnson, who recorded an interception that day for the Longhorns on a day where both teams turned the ball over three times. Despite having the reigning Heisman Trophy winner Jason White at quarterback for the Sooners and future All-American Vince Young for Texas, the only offense generated that afternoon came on the ground.

Through three quarters, a pair of short field goals by Trey Dicarlo accounted for all the scoring. Midway through the fourth quarter, Oklahoma running back Kejuan Jones scored from six yards out for the game’s final points and only touchdown.

The loss would serve as the only loss of the season for Texas, who went on to defeat Michigan in the Rose Bowl and finished with a No. 5 national ranking. Oklahoma would run the table and win the Big 12 before being blasted by USC in the Orange Bowl for the national championship.

The 12-0 win for Oklahoma marked the fifth straight over the Longhorns and would be the lowest scoring Red River Shootout since a 6-6 tie in 1976. It marked the Sooners’ first shutout of Texas since 1972 and it came on this day 15 years ago.