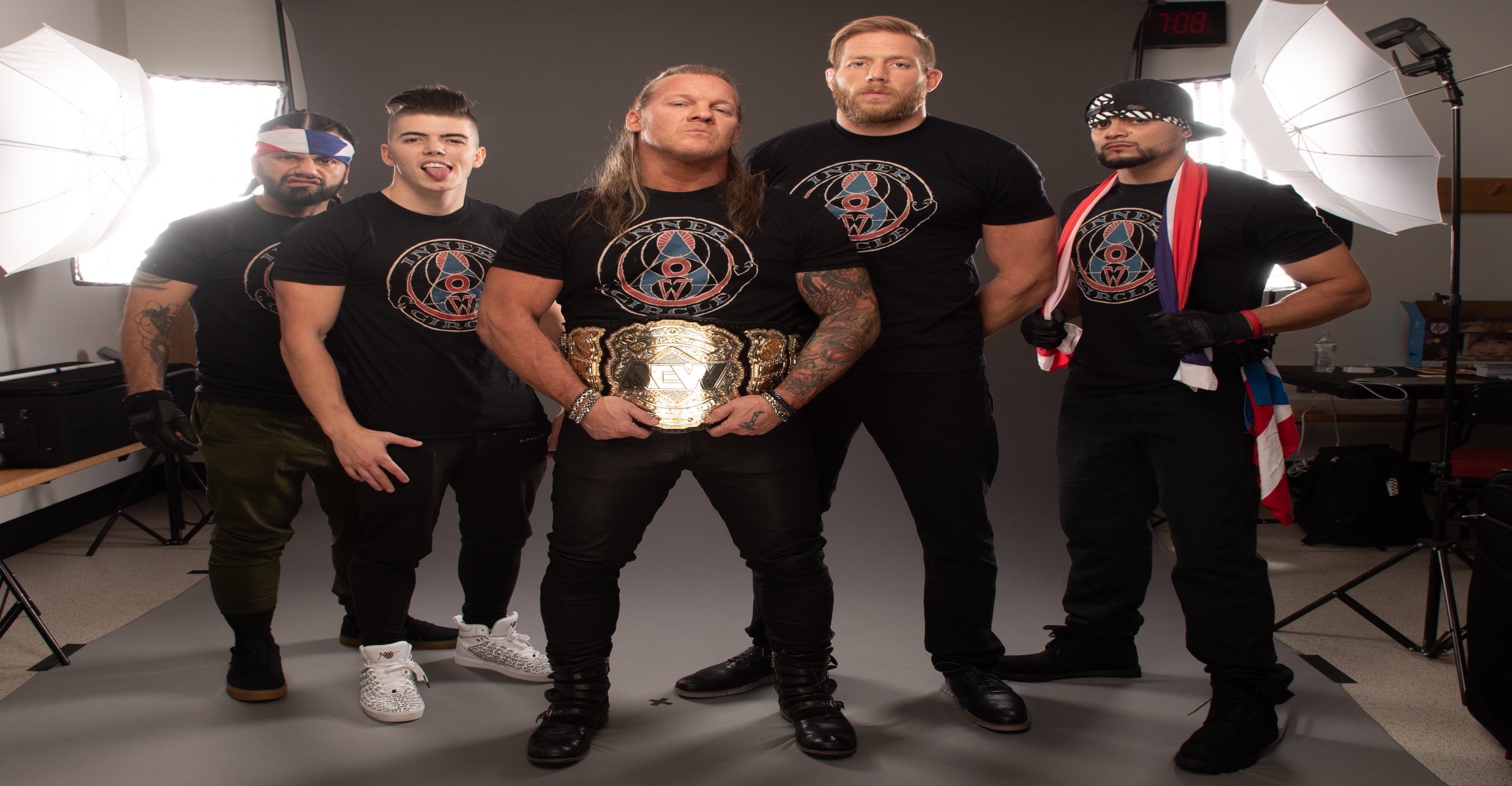 Chris Jericho has revealed the name of his new stable. The AEW World champion made the announcement during the October 9 edition of Dynamite, where he was flanked by the group he now refers to as The Inner Circle.

The stable consists of Jericho, Jake Hager, Sammy Guevara and the team of Santana and Ortiz, known in Impact Westling as LAX. The Inner Circle formed on the debut episode of Dynamite, which aired one week earlier on October 2.

The Inner Circle’s first act of aggression came at the end of the October 2 main event, which saw Jericho, along with Santana and Ortiz, versus The Young Bucks and Kenny Omega, also known as The Elite.

Chris Jericho’s promo on October 9 contained some thinly veiled references to WWE, which came as a result of the audience chanting “We the People” at Jake Hager. Jericho answered the crowd with “It was a stupid idea from bad creative, but all that’s gone!”