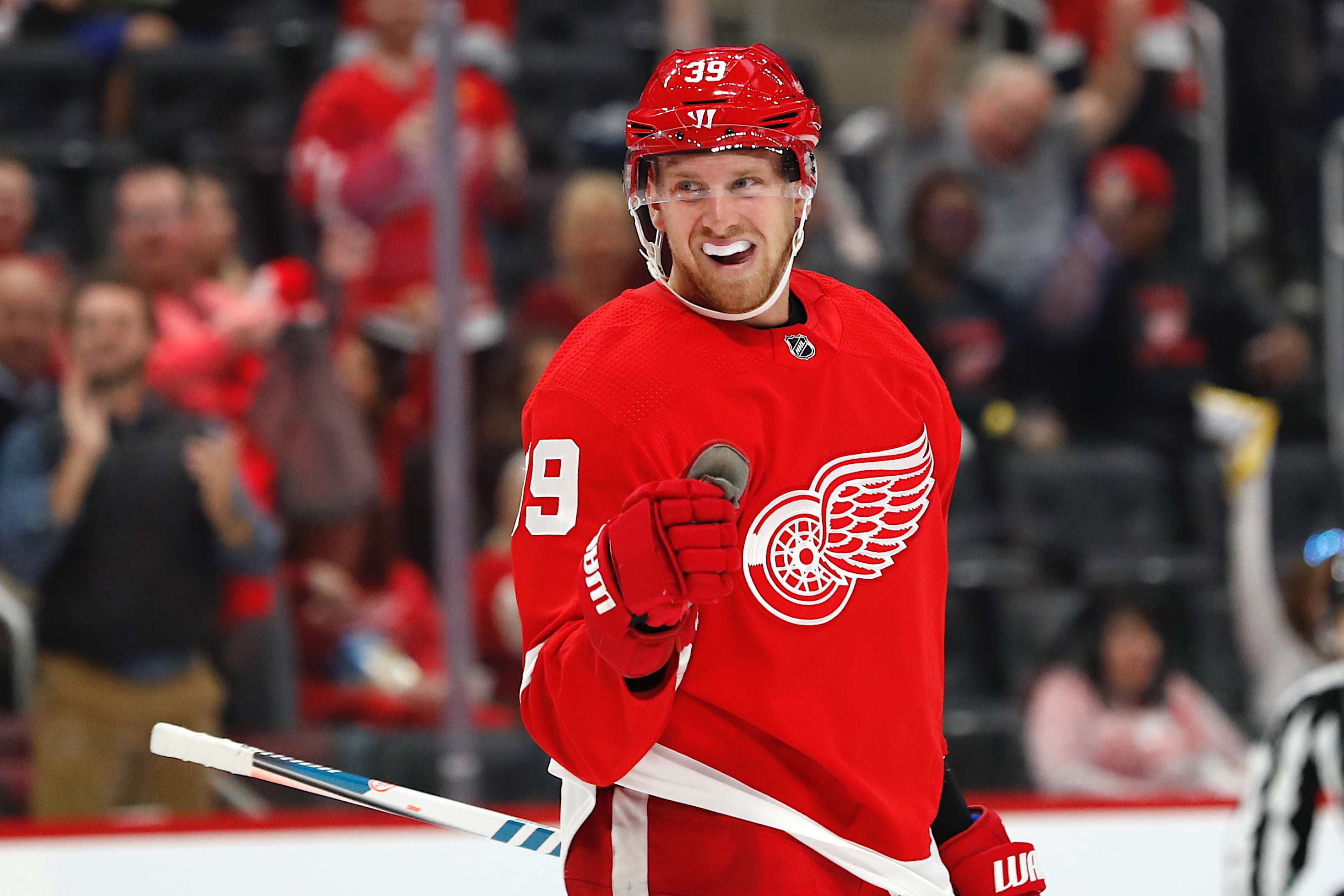 A keystone of the Red Wings rebuild had a career night, scoring four goals against the Dallas Stars, Sunday night at Little Caesars Arena in Detroit. Anthony Mantha led Detroit past Dallas 4-3 and making Detroit 2-0 on the season. He is the first player in franchise history to score four goals in a home opener since John Sorrell did it in 1933. Mantha’s goals were the only ones that Detroit scored all night

The 6”5′ 235 lbs, Mantha started his season on Saturday in Nashville with a physical power forward goal as he flew up the ice splitting two defensemen. He also dished out an assist and another goal.

Surprisingly, Mantha already has seven points and five goals, a start bettered only by the likes of  ‘The Great One, Wayne Gretzky, Mario Lemieux, Mike Bossy, and Alex Ovechkin.

A Red Wings fan saw that Mantha owned the Stars and took it to the Stars Wki page;