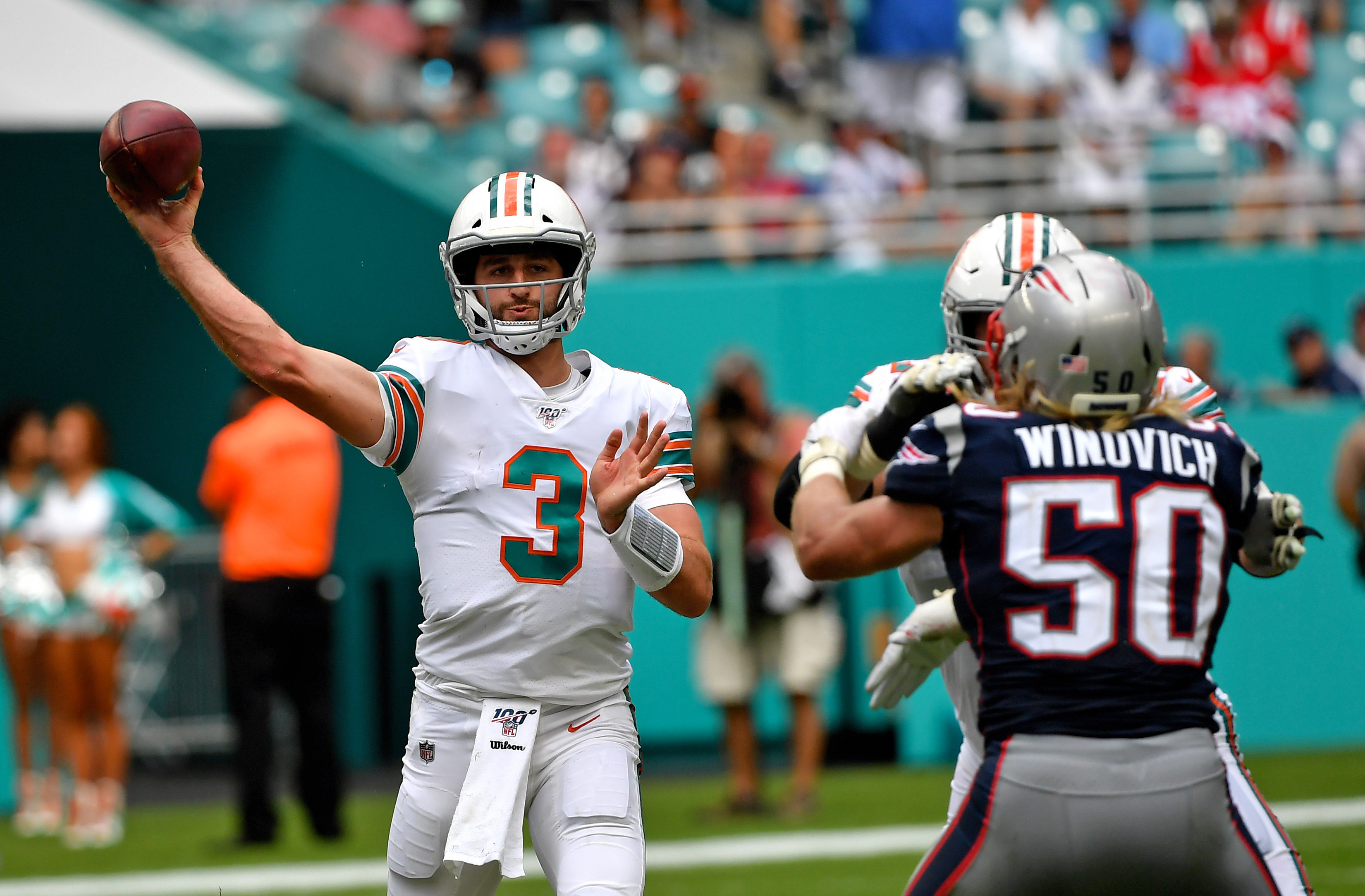 After flip-flopping between Ryan Fitzpatrick and Josh Rosen for the first four games of the season, it looks like the Dolphins have finally settled on a starting quarterback.

Coach Brian Flores told reporters on Wednesday that the team’s quarterback situation is “settled” for the rest of the season. It will be Rosen under center for the remaining 12 games, which Flores and the Dolphins coaching staff will use to evaluate the former first-round pick as they look ahead to the future.

It’s no secret that Miami has eyes on next year’s draft and the crop of talented signal-callers expected to come out, but it wouldn’t hurt for the Dolphins to do their due diligence on Rosen. The UCLA product has shown flashes in his brief career, and while it hasn’t translated to many wins, there are many who believe he can still succeed in the NFL.

It will be interesting to see if Rosen can improve upon last season’s numbers when he started about the same number of games for the Arizona Cardinals.