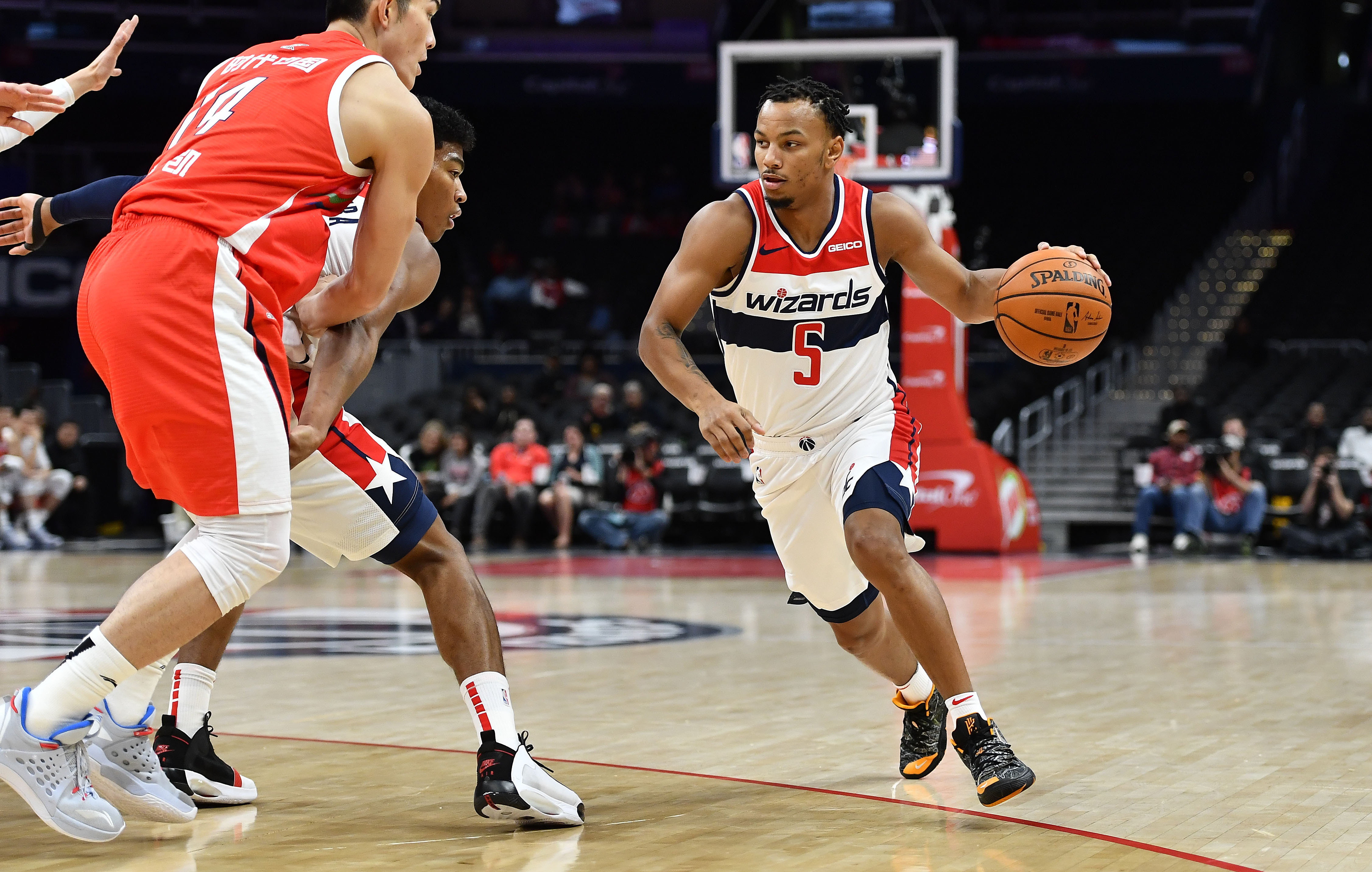 The Washington Wizards’ organization knows from top to bottom that the 2019-20 season will be focused on development rather than competing for an NBA championship. The big three of Rui Hachimura, Troy Brown Jr., and Thomas Bryant are the focus. You can also throw in the likes of Moe Wagner, Isaac Bonga, and Admiral Schofield, too. An underrated factor in the development of young players is having strong point guard play to get them involved.

Washington will be without their five-time All-Star point guard in John Wall for most if not all of the regular season. They will be without former MVP candidate Isaiah Thomas for at least a few more weeks as he recovers from left thumb surgery. That essentially only leaves free agent signing Ish Smith as the only viable point guard on the Wizards’ roster. But, wait. Enter undrafted free agent Justin Robinson that general manager Tommy Sheppard views as the 61st pick in the 2019 NBA draft.

“Just being myself, they brought me here for a reason. Whether it was to learn from Ish and IT and even John. It’s always next man up in the opportunity,” Robinson said about what the coaching staff expects from him now that he is in line for meaningful minutes. “Ready for whatever opportunity comes and just ready to step up and be myself no matter what.”

It is looking more and more like the Virginia Tech product will be the 15th man on Washington’s roster to start the season. Former Capital City Go-Go point guard Chris Chiozza was brought back to training camp with the Wizards to provide some competition and possibly to fill the vacant two-way spot. Unfortunately for Chiozza, a sore left knee suffered against the Guangzhou Loong-Lions will not help his case. Barring Bradley Beal playing 12-18 minutes a game at point guard, the current situation will mandate Robinson getting legitimate playing time to start the season. The rookie is ready for it and his head coach thinks so, too.

“My college coach Buzz [Williams], he’s hard on guys,” Robinson explained. “He builds them up to just be ready for this opportunity and he’s always going to have us playing hard no matter what. I think that all translates to this league.”

“The undrafted path and how he [Brooks] was as a player and he sees himself in me and he’ll say I’m more talented than he was so he thinks I should stay around longer than him,” Robinson described his relationship with head coach Scott Brooks. But just to have the coach on your side and giving you that feedback is a great feeling.”

In 23 minutes off the bench against the Loong-Lions on Wednesday, Robinson filled the stat sheet. Despite just nine points, he also contributed with five assists, four rebounds, two steals, and a block. Granted it was against inferior competition, but production will always be production.

“Athleticism, strong. He’s a strong athlete,” Brooks described Robinson. “And he’s really, give him credit, over the years he’s worked on his three-point shooting, over the summer he’s worked on it, everyday, and sometimes he comes back at night and works on his shot. I’m well aware that he’s putting a lot of time into it and it’s paying off. I like to see that. I like to see guys work on something and see the improvement.”

Eventually when the Wizards are healthy, Robinson will find himself with the Go-Go, but for the immediate future he will be playing a role in how Washington’s development of young talent materializes.