These are your real Eagles and Vikings, for better or worse 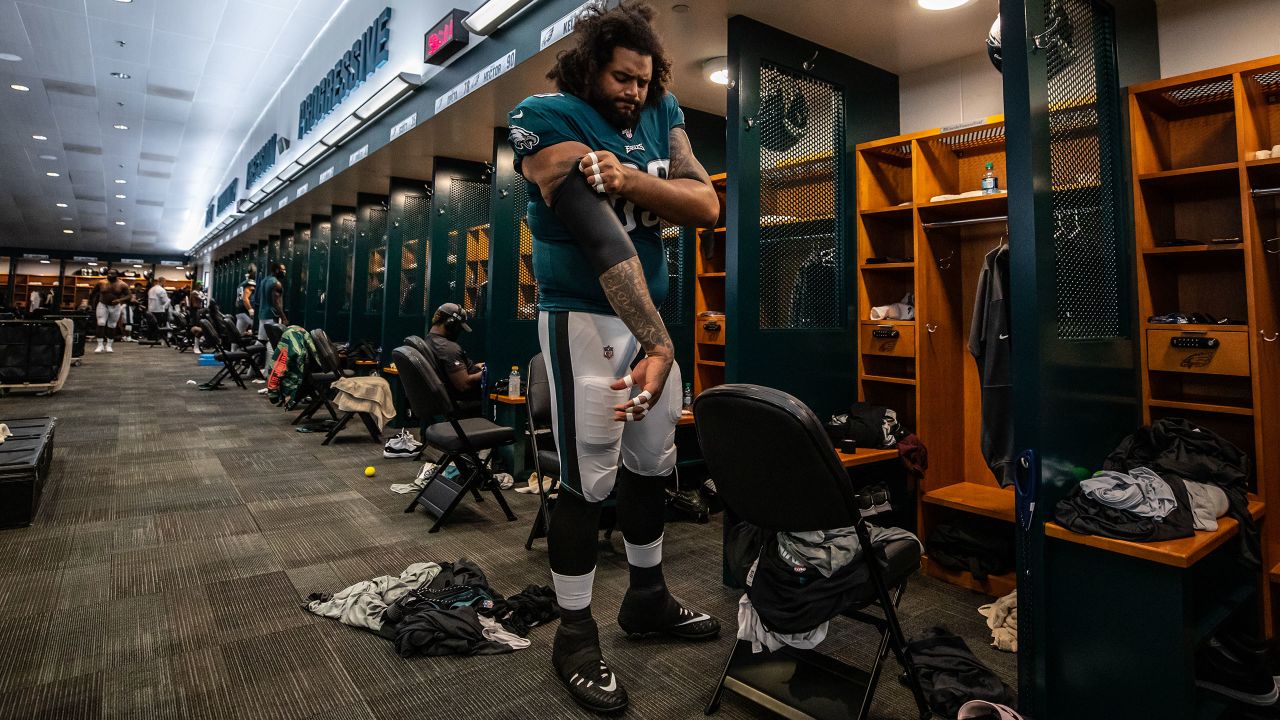 These are your real Eagles and Vikings, for better or worse

Here’s why I think the upcoming Vikings game represents a “sterner test” for the Eagles than their previous road win over Green Bay back in Week 4. This is just my own thinking, mostly intuition and nothing factual of a hard-core football nature to back it up:

Generally I think most NFL teams have settled into their competitive identities by Week 6 or 7. By now you have a pretty comprehensive idea of who and what you are as a team going forward. Your key injuries for the most part have already happened, you know the positional deficits where you have to fill in as best you can with what you’ve got. You know by now which younger players are able to be trusted and which guys need a lot more time to develop. You have seen where your game plans need to be either modified or reinforced. In other words, you know far more about what works and what won’t work for your team moving forward.

This “knowing about yourself” was not as fully realized in Week 4. The same applied to your opponent. The Packers back in Week 4 were still finding out about some of their own weaknesses and taking stock of their own personnel and game-plan questions, just as the Eagles were doing. I think this is one big reason you see a lot more upsets and odds-busters in Weeks 1-4 than you see in later weeks. Teams are still dealing with unexpected setbacks and failed projections, as well as with nice surprises, too, blossoming players who will be incorporated more into future game plans.

So by Week 6, you are basically defined as the team you are going to be the rest of the way. Of course there will be continuous tweaks, maybe a player trade or two before the deadline, but your ship is past the shake-down cruise stage, and your course is set.

That’s the main logic behind my “sterner test” theory. Adding to that is another unscientific observation that the Eagles seem to match up more evenly with the Vikings, position-by-position, than they do with the Packers. I can’t prove that, only suggest it based upon the physical and mental talent which will be active in Minnesota on gameday.

Then you have the “rivals” factor. Emerging rivalries outside the division seem to make such games more physical and margins of victory tighter. “We’ve had a lot of meaningful games with these guys in the last few years and their fans certainly seemed to dislike the Eagles fans the last time they came into the Linc,” center Jason Kelce said. “They’ll probably have the ‘SKOL’ chant geared up and it will be a fun environment to play football in.”

“We know it’s going to be physical. We know it’s two teams that like to do the same things,” DE Brandon Graham said. “We’re all gonna be fired up for this one.”

They also remember how the Vikings and QB Kirk Cousins beat the Eagles last season at Lincoln Financial Field, 23-21, with Cousins completing 30 of 37 passes for 301 yards and a touchdown. But Cousins is coming off a bad outing last week, you may say. Yeah, but that was Week 5. According to my theory, this is the week Cousins and his offense settle into a self-scouted revision of what they do best.

Same theory applies to my belief that this is the week coach Doug and Carson Wentz are done with early-season experimentation on offense. They finally know and accept what they have and who they are, warts and all. It’s time to reverse a disturbing trend in the passing game—Wentz’ yards per passing attempt have dropped from 8.03 in Week 1 to – 5.37 yards in Atlanta, 7.19 against Detroit, 5.93 in Green Bay, and 6.52 in the win over the Jets.

Part of the reason for that negative trend is Doug’s somewhat wild mixing of personnel and playcalls in the running game. Wentz has had very little consistent stability from that running game which limited his play-action passing—but in Week 6, looks like Doug has finally figured out more use of a healthy RB Jordan Howard is his best bet to establish a viable run game, something he can realistically base the rest of his offense upon as well.

Doug also has two healthy and talented tight ends available now, something he tried to skirt around in earlier weeks.

Finally, something the guys at CrossingBroad.com pointed out, it took until Game 5 for Doug and Wentz to accept the fact they must somehow stretch the field on occasion without WR DeSean Jackson, who’s been out with an abdominal strain for four weeks and is probably not going to be available for at least another week. Here’s a look at what it took them five weeks to figure out as a backup plan:

Without DeSean, how can you get the down-field passing game going a little bit more?(Dave Zangaro)

MIKE GROH: I think we got behind the defense twice the other day. We had illegal contact on both plays, which really kind of negated those opportunities. We will continue to try to look for those, and when we get them, hopefully we hit them.

We felt really good about those two plays. Unfortunately, we know how it played out.

We got a good look at the play that the Eagles challenged for defensive pass interference, but lost. Here’s the wide-angle view of the second deep toss, which was also intended for Nelson Agholor:

The Jets are sitting in single-high safety on this play. It’s a nice route concept from the Eagles, as they run Mack Hollins from the slot (I think that’s him) to clear out the weak hook and get Nelson Agholor 1v1 down the sideline.

It’s a nice double-move from Nelly, which flat-foots the cornerback, who decides to just bump him and take the penalty flag instead of getting torched.

We’ll see adjustments like this in the Week 6 game from both the Eagles and the Vikings— things which just weren’t on the drawing board yet in Week 4.