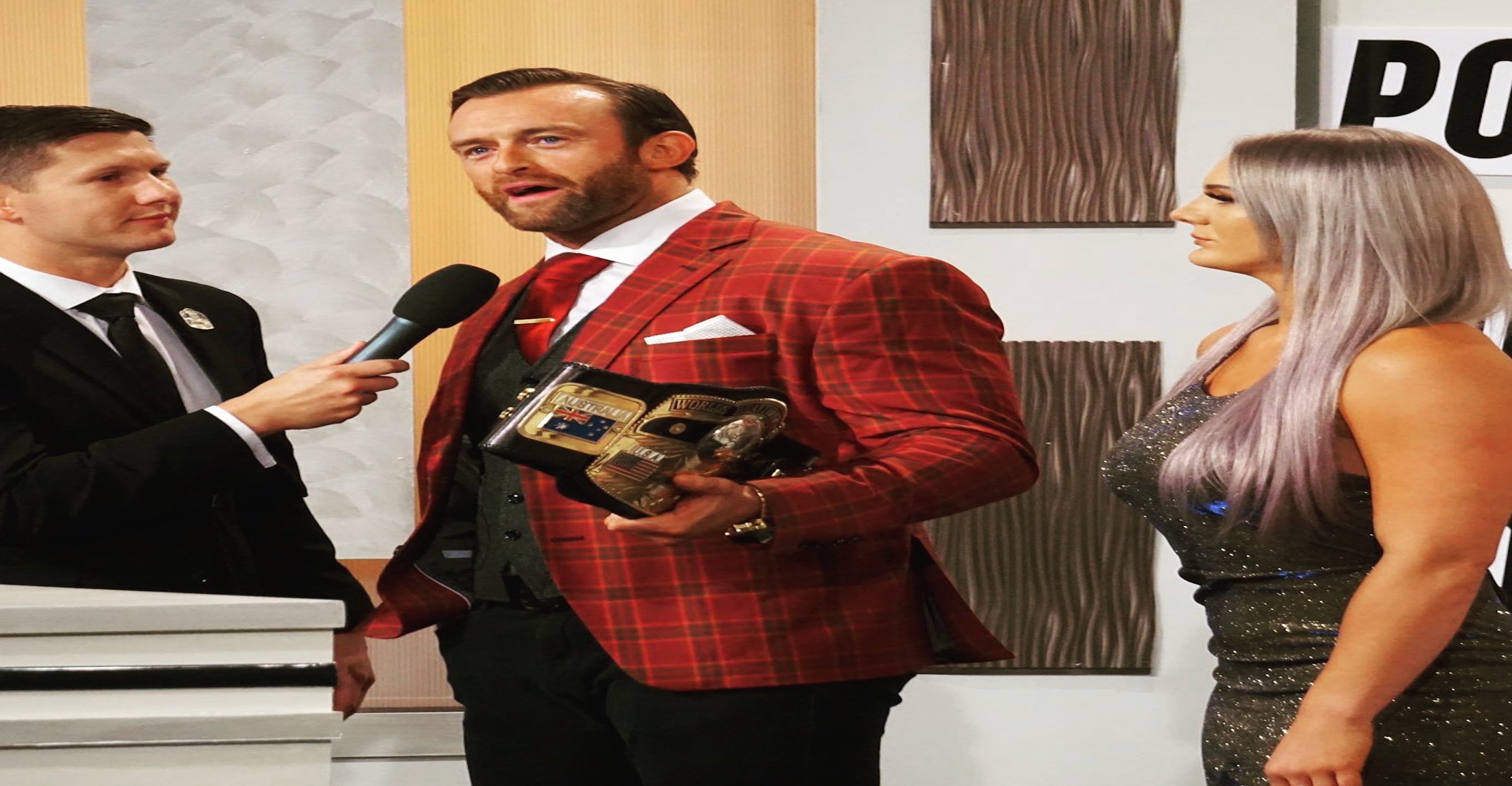 World Heavyweight champion Nick Aldis answered comments from The Rock on October 9. Those comments came via Twitter, where Rock congratulated Jim Cornette and the NWA crew on the debut of the new YouTube show, Power.

Even though Rocky’s praise for the program was not directly aimed at Aldis, the NWA World champion responded and thanked The Great One for tuning in. He also threw out a challenge to The Rock for a world title match, saying he and the NWA are “open for business.”

Thanks for checking out #nwapowerrr Rock. You inspired me as a kid and continue to do so with your incredible work ethic and class.

PS…you've done it all, but you've never challenged for the #tenpoundsofgold. If you wanna make that happen we are open for business. 👌😎 https://t.co/Vz6wcKHAcl

The new show onYouTube is an old school throwback, but with a modern presentation. Power is filmed in a TV studio in Atlanta, right across the way from the studio where Jim Crockett Promotions’ Mid-Atlantic Championship Wrestling aired in the 1980’s.

Longtime pro wrestling fans will remember the classic show as being one of the most must-see programs of its era. Legends such as Dusty Rhodes, Ric Flair, Terry Funk, Roddy Piper, The Rock ‘N’ Roll Express, Jim Cornette’s Midnight Express and many others, entertained fans every week at 6:05. Now the NWA is bringing that era back in the same time-slot, every Tuesday on YouTube.

The NWA has enjoyed a new rise to prominence over the past few years, thanks in large part to the efforts of owner Billy Corgan. The Smashing Pumpkins frontman has steadily rebuilt the once thriving NWA brand and though it’s taken some time, the results of his work are now clearly evident. The company’s partnership with Ring of Honor also opened doors, as the two co-promoted the critically acclaimed Crockett Cup event on April 27.

The NWA is just the latest pro wrestling promotion to air a weekly program online. Replays of MLW Fusion currently air on YouTube as well and AEW Dark, which features dark matches from the previous week’s live program, also premiered on the same night as Power.