Your Morning Dump....Where things could get funky at the starting center position 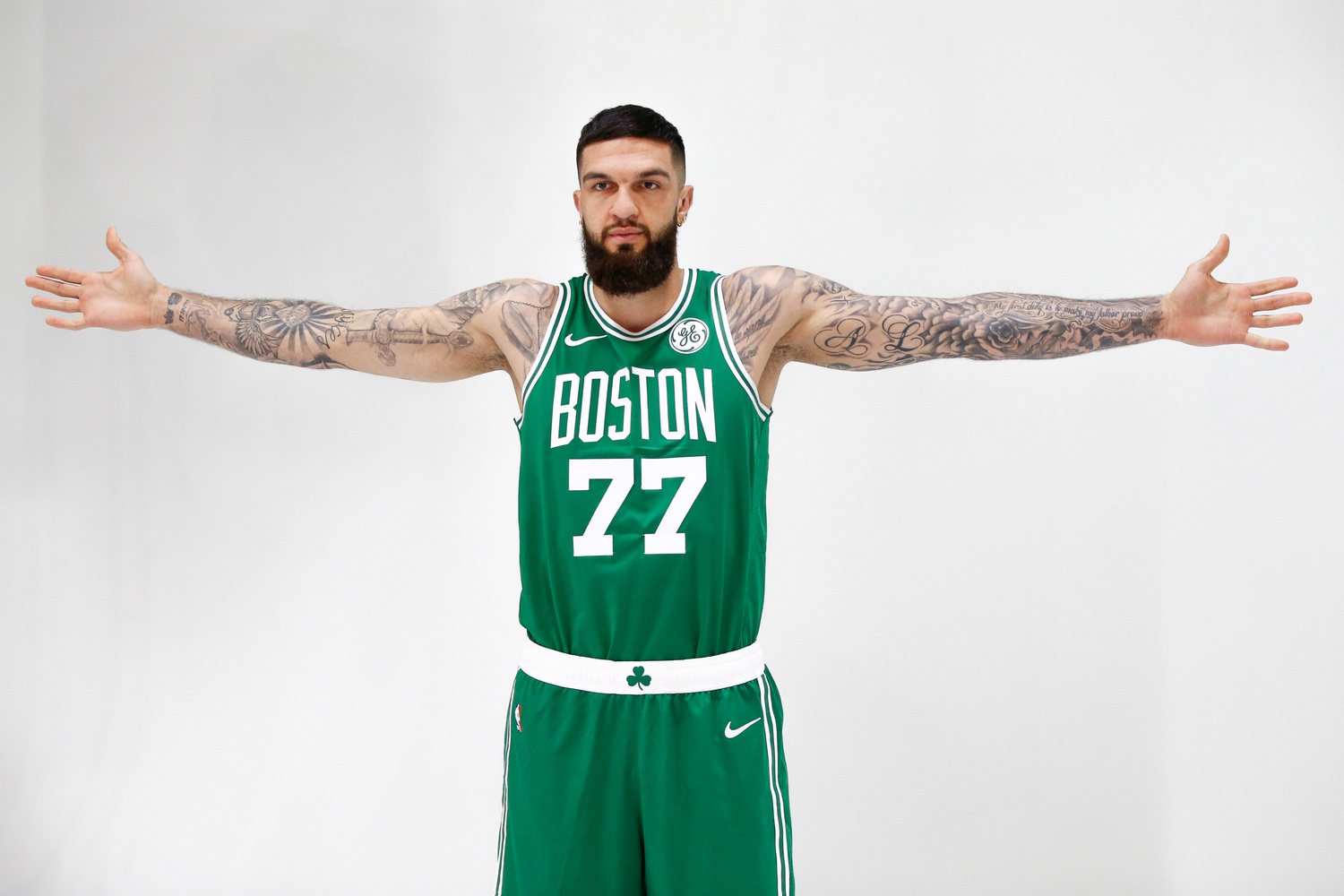 Your Morning Dump....Where things could get funky at the starting center position

After a less than stellar showing by Robert Williams in the Celtics’ first preseason game, questions remain about the starting center position. Before Timelord got the nod, the idea coming into camp was that Enes Kanter would assume the starting role but Brad Stevens isn’t too sure of that:

“(Kanter) has some things he does really well that I think is just unique, so he’s obviously going to play,” Stevens said. “We’re trying to figure out if it’s best with the starting unit or best to bring him off so you can play through him a little more on the block and those type of things. And that’s probably the case if we continue to start all those guys on the wing. We’ll see how that goes over the next couple of weeks.”

To this point, neither have cemented their spot as the Celtics have a bunch of bigs who all do a slew of different things.

The issue with that is quite simple: None of them stick out enough to be a shoo-in starter.

Williams is more of an athletic freak who can catch lobs and swat shots, Kanter has a grab bag of post moves and a nose for the glass but is a turnstile on defense, Daniel Theis is more of a space out 5, and Vincent Poirier (albeit a mystery in the NBA) seems to be a defensive-oriented roll-man.

As of now, there might be an NFL running back-like platoon at center in Boston. Due to the fact that they’re all so different in their own ways, Brad can really play with matchups and get creative with how he deploys them. The issue with that is uncertainty amongst them in regards to “Am I playing tonight?”. One of the many problems last season was an inconsistency with roles and guys not knowing what is expected from them on a nightly basis. Just last season, Kanter took offense to being dropped from the Knicks rotation. While this is basically going the devil’s advocate route, it’s a legitimate question with so many pieces.

There’s been plenty of talk about Williams/Kanter, but Brad Stevens saw some things in Poirier that might give the Frenchman a chance to compete for that starting job.

But if Kanter doesn’t start, who does that leave? Stevens has hinted at Theis a few times now (“Having been here, things come so easily to him,” Stevens said on Tuesday), but Boston’s opening-night opponent employs Joel Embiid. Could Poirier claim the starting spot?

“Vincent was good,” Stevens said, when asked about the French 7-footer. “I thought he played hard, he was in the right spots defensively, he read our coverages well. I thought when he was in, I felt good about our pick and roll defense which is a big deal.”

His defense stood out right from the get-go in only 5:43 of playing time. It wasn’t even anything too amazing, just solid, consistent defense. He was able to slide efficiently as he really did a nice job of cutting off the baseline and forcing guys into the middle. It’s something he could even help Williams with as at times it seems like he’s just chasing blocked shots and his defense takes a hit positionally when he does that.

The highlight here is Grant Williams helping and getting the block, but this is the first time in this game that I've seen a big slide and stay in front of his man, so defensive points here to Vincent Poirier pic.twitter.com/26IwAF0CFU

Then again here. He does such a great job of cutting off baseline and forcing players into the middle where help is so prevalent in a Brad Stevens led defense.

This is rim protection. This is what I keep talking about with Rob Williams. Slide… cut guys off… this is just as important as blocked shot.

So far, Poirier has defended 3 drives w/his positioning & all have been stops pic.twitter.com/yoZqtciv0o

The last option is to go small-ball with Semi Ojeleye, Grant Williams, or even Jaylen Brown if Brad decides he wants Marcus Smart in there. The Celtics have so much versatility and guys that play above their height. I imagine that we’ll see plenty of small-ball lineups this season, but it will be intriguing whether Brad is willing to deploy it right from the jump. As the next three weeks roll on things will get clearer, but as of now, we have a position battle in Boston going down at the Auerbach Center.

Page 2: Where Jaylen Brown’s hitting buzzer beaters and we have footage to prove it

Is this an actual game? No. Do I particularly care? Also, no.

It’s Jaylen Brown hitting a buzzer-beater, so naturally, I will get excited about it. Ever since he lost the flat-top it’s been a weird adjustment admittedly. On the other hand, if Buzzcut JB is hitting fade away game-winners in the corner, I am all in.