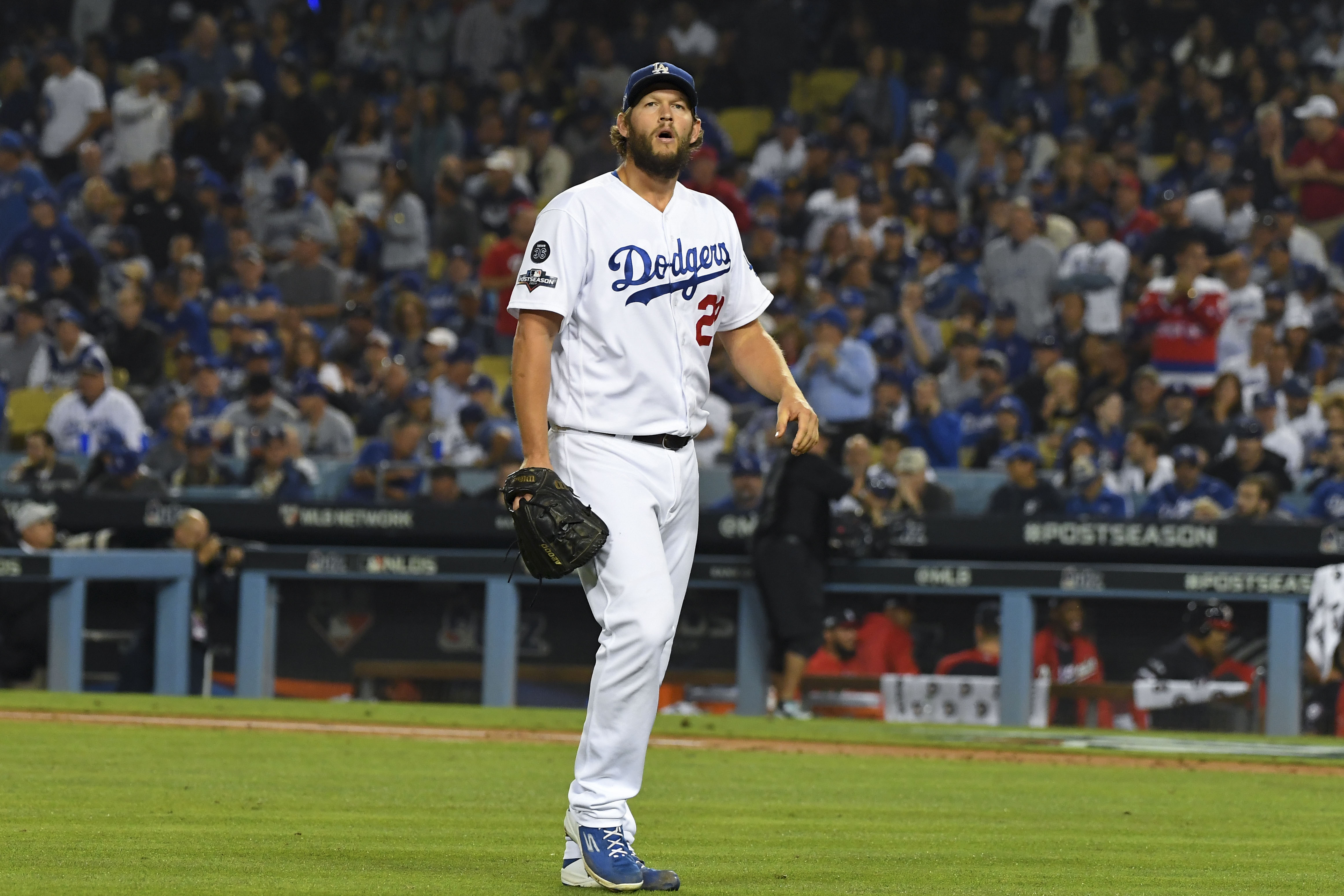 It seems like only yesterday that Dodgers fans flocked Chavez Ravine to see Clayton Kershaw pitch, now they’re running over his jersey in the parking lot. How times have changed.

The Dodgers lost in brutal fashion to the Nationals on Wednesday night in Game 5 of the NLDS, and Kershaw was at the center of it all by giving up back-to-back home runs in the top of the eighth inning that allowed Washington to come back from a two-run deficit. Howie Kendrick’s grand slam off of Joe Kelly in extra innings eventually sealed the deal for the Nationals, but Kershaw took most of the blame for L.A.’s collapse.

Not long after the game, Dodgers fans showed their frustration with Kershaw by running over his jersey in the parking lot.

Dodger fans are running over a Kershaw jersey. pic.twitter.com/kDwYOg9xzA

Despite a Hall-of-Fame worthy career up to this point, Kershaw continues to struggle in the postseason, and it appears the fans are fed up with getting so close to a championship, only to see it slip away with Kershaw on the mound.