Five Big Reasons for the Packers Strong Start in 2019 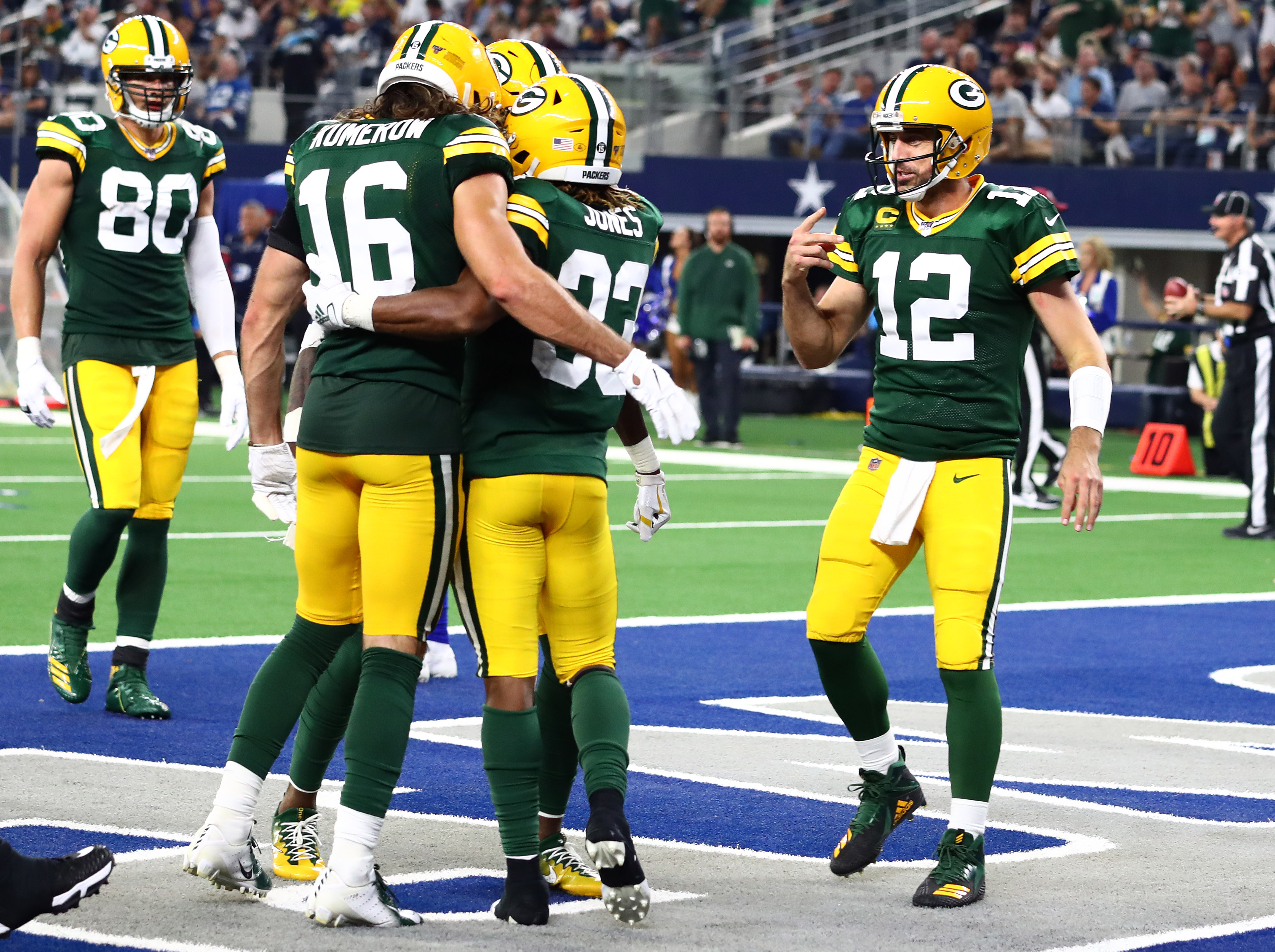 Five Big Reasons for the Packers Strong Start in 2019

The Green Bay Packers are off to a 4-1 start, placing them in first place in the competitive NFC North. The Pack has already beaten two key division rivals in Chicago and Minnesota and defeated a team many picked to make the playoffs in the NFC in Dallas. Two of those victories came on the road.

Last season, the Packers finished 6-9-1 and missed the playoffs. So, what are the key differences on the team that led to this year’s strong start?

Here is a look at five big reasons for Green Bay’s turnaround in 2019:

1. The Defense Is Creating Turnovers

If you take a quick look at the defense’s numbers and things don’t look all that impressive. Green Bay is ranked 26th in the NFL in rushing yards allowed per game and 14th against the pass. Overall, the defense is ranked 22nd in total yards per game allowed.

But the defense is going a great job of creating turnovers. The Packers are presently tied with the New England Patriots with a plus-seven turnover differential, tops in the NFL.

The defense is putting steady pressure on opposing quarterbacks while Aaron Rodgers continues to keep the ball away from opponents. Rodgers has thrown one interception all season, a deflected pass late in the game against the Eagles.

The defense is giving the offense plenty of short fields and forcing opposing quarterbacks to throw in third and long situations. As a result, the Packers are scoring points without necessarily gaining a lot of yards and they are winning football games.

2. The Offense Has Found Balance

Matt LaFleur indicated he wanted more balance on offense and he has indeed accomplished that goal so far this season. The Packers have been credited with 128 rushing attempts while Rodgers has officially attempted 180 passes. On first down, the breakdown is close to dead even run vs pass.

The increased balance has allowed Aaron Jones to shine. Jones already has two 100-plus yard games this season and should be able to get some more if he stays healthy.

The offense has also thrown the ball more to tight ends and running backs under LaFleur than they did under Mike McCarthy. Rodgers is more willing to take shorter, check down passes than he was a year ago when he seemed to be holding the ball longer and trying to make splash plays all the time.

The change in philosophy and increased balance have helped the offense in 2019.

3. The Secondary Has the Tools Necessary to Effectively Play Mike Pettine’s Defense

Mike Pettine’s defense is based on disguising simple coverages and making offenses confused for a split second or two as to who is rushing the passer, who is in coverage and what kind of coverage is being run.

Last year, the Packers poor play at safety for most of the season and the lack of a consistent pass rush made this system difficult to run successfully. This year, with the infusion of talent at safety with the additions of Adrian Amos and Darnell Savage, plus having Kevin King in the lineup and increased depth at cornerback and the Packers have successfully implemented Pettine’s defense.

The increased pass rush courtesy of Za’Darius and Preston Smith has also been a big factor in the defense’s success.

The fact that the returning players already had a year of experience with this defense also helps matters. Overall, the Packers have been much more effective running the defense this season and it shows up on the scoreboard.

4. The Team Is Having More Fun This Season

Mike McCarthy was a Super Bowl-winning coach who led the Packers to the playoffs for eight straight seasons. But by the time 2018 rolled around, things were getting a bit stale in the Packers locker room.

The new duo of GM Brian Gutekunst, who turns over the bottom spots on the roster steadily to try to improve his football team, and the new atmosphere that LaFleur has created, helped give the team a better feeling.

This year, the Packers seem more cohesive as a team and they are having more fun. “I just think we’re a more-connected team this year,” Rodgers said after Sunday’s win in Dallas. “We’re enjoying each other more. We like each other a little more. We hang out with each other. The locker room is a raucous environment, whether it’s a Monday or whether it’s right after a big win. I just think guys really play for each other more and we have that chemistry because of the leadership that we have that maybe we’ve been lacking the last couple years…I like the vibe on the team. I think we’re having a lot of fun.”

We have seen the players pose together after making big stops or scoring key touchdowns. It just looks like this team is having fun again.

Whether winning breeds cohesiveness or cohesiveness causes winning, the bottom line is the Packers are a closer team this season and they are enjoying themselves more and that is paying off in the win column.

The Packers special teams units have been a problem for several years. While Mason Crosby was usually a reliable field goal kicker, the team’s return units and coverage units were a big problem area.

This season, the Packers are no longer one of the worst teams in the league on special teams. That’s not to say they are near the top of the league, but they are taking fewer foolish penalties and allowing fewer big returns.

In addition, punter JK Scott has gotten off to an outstanding start to the season, pinning opponents deep inside their own territory 12 times in the first five games of the season while kicking only two touchbacks.

According to Pro Football Outsiders, the Packers are 14th in the NFL on special teams this season. Last year, they ranked at or near the bottom according to most rankings.

This turnaround has helped the Packers defense by giving opponents longer fields to score. The offense has also benefited from better field position as a result of fewer penalties.

Overall, the Packers are playing better all-around football in 2019 than they were a year ago. The season is still young and there is a lot of work to go, but the encouraging thing is that the team has yet to play a complete game this season and there is a confident feeling that they can still get better.