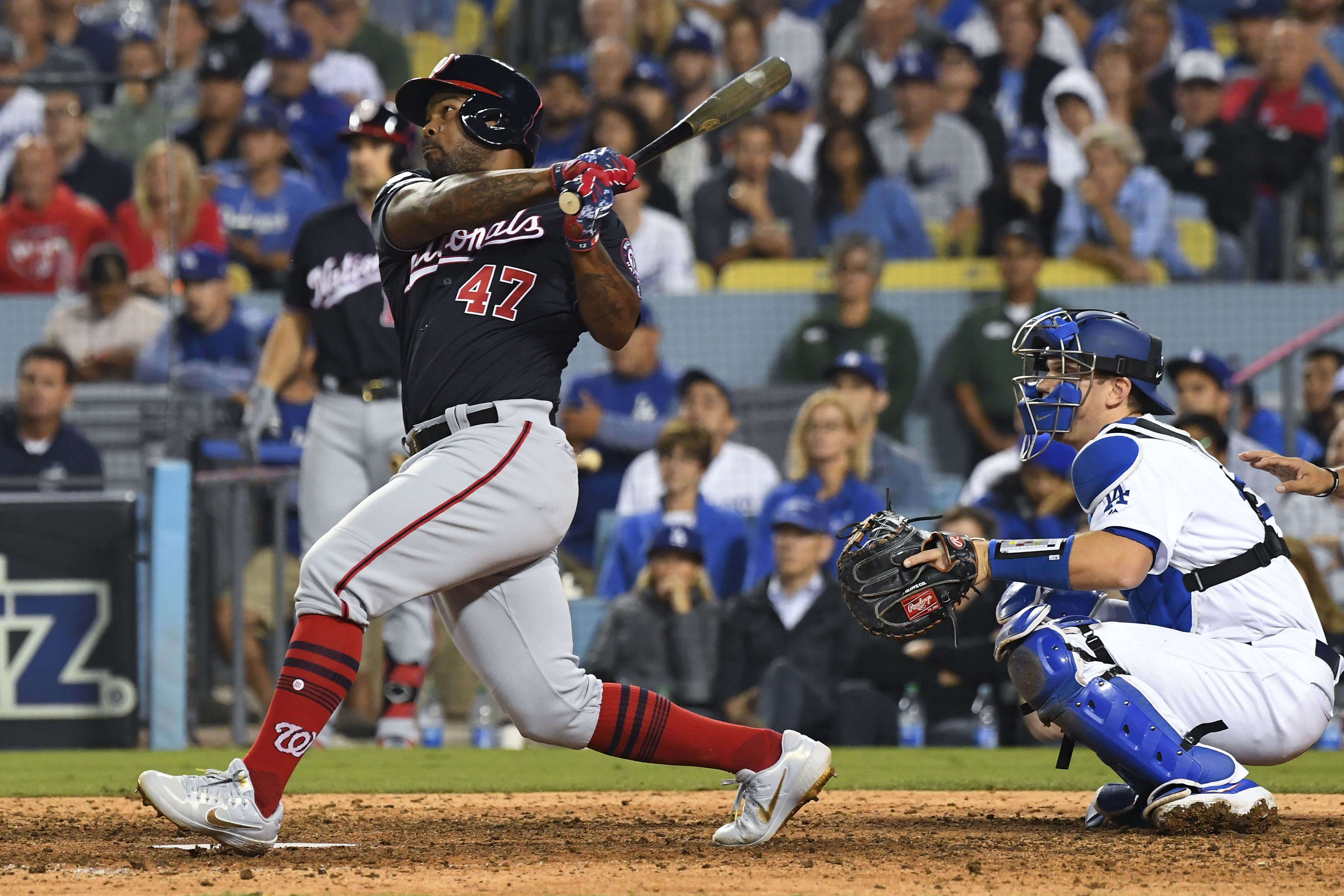 Every Major League Baseball postseason once in a while there will be a player who emerges into the spotlight by delivering a dramatic home run that will be remembered forever. On Thursday night at Dodger Stadium, Washington Nationals second baseman Howie Kendrick of Jacksonville, FL did just that.

Heading into the eighth inning of the fifth and deciding game of the National League Divisional Series between the Los Angeles Dodgers and Washington Nationals, not many would have given the Nationals a chance. Washington was trailing 3-1 with their star ace Clayton Kershaw coming into the game as a reliever. Kershaw had just ended the seventh inning with ease as he struck out Nationals right fielder Adam Eaton.

However in the eighth, Kershaw gave up two massive home runs to third baseman Anthony Rendon of Richmond, TX and left fielder Juan Soto of Santo Domingo, Dominican Republic. All of a sudden, with two swings of the bat, the game was tied at three runs apiece with the Nationals having all of the momentum.

After the Dodgers were unable to score any runs in the bottom of the eighth and the ninth inning was runless, the Nationals loaded the bases in the top of the 10th inning due to walks by Eaton and Soto and a double by Rendon. Then it was Kendrick’s turn to come up to the plate.

The Nationals veteran second baseman had not done much in the postseason. Kendrick had been struggling defensively with three errors, and was only batting .211 in 19 at bats with one run scored and one run batted in. Then Kendrick delivered the dramatics. He registered only his second career grand slam, put the Nationals up 7-3, and became a star for life among Washington, D.C. sports fans.

This was Washington’s first playoff series win since the Nationals moved from Montreal in 2005. The Expos only won one playoff series and that came in 1981 when they beat the Philadelphia Phillies three games to two in the National League Divisional Series.