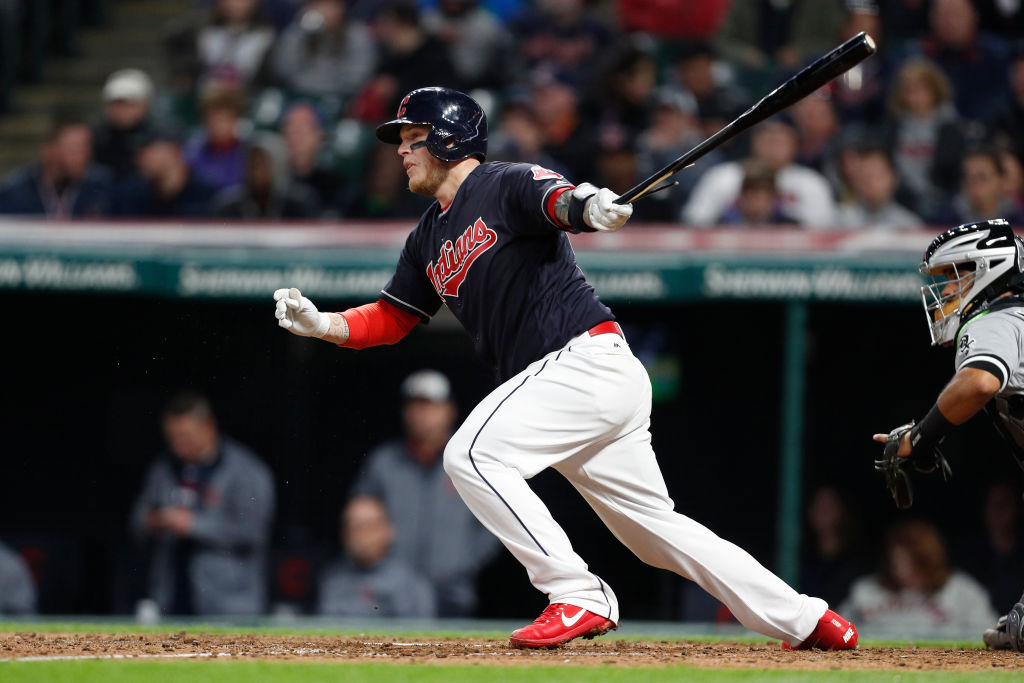 The Indians have fared well in the major post-season awards given out in Major League Baseball in recent seasons with Francisco Lindor and Jose Ramirez finishing in the top six in MVP voting each of the last two seasons among other accomplishments. Let’s see if we can expect that trend to continue following the 2019 campaign.

The Indians haven’t had a Gold Glove winner in either of the last two seasons, although they have come close. This year, they have a couple big opportunities to break that cold spell. First, Francisco Lindor is always among the finalists at short stop and this year should be no different. Despite missing some time at the beginning of the year, he still amassed more innings than most of the competition, most importantly more than his prime competitor over the last two years, Andrelton Simmons.

Essentially, this is a four man race between Lindor, Simmons, Adalberto Mondesi and Marcus Semien. Semien and Lindor have the edge on playing time over the other two as well as the best efficiency in avoiding errors. Mondesi and Simmons had the better range, however, and given his limited playing time, Mondesi was by far the most proficient at saving runs. Lindor has the biggest name in the group, something that shouldn’t matter, but needs to be factored in. In the end, it could be a toss up between Lindor and Mondesi, but all four are deserving.

It’s a two man race for catcher Gold Glove between the Indians Roberto Perez and Christian Vazquez of Boston. Both were tremendous framers and were incredibly adept at catching runners stealing. Perez deserves bonus points for being the only catcher with at least 60 games played to avoid allowing a passed ball as well. Like at short stop, this is a toss up, but Perez deserves the fielding award as most of Vazquez’s advantage comes from his framing.

Carlos Santana was the top hitter overall for the Indians and is in a class of his own at 1B in the American League, leading everyone in home runs, runs scored and walks while finishing fourth in doubles and second in steals.  He provided ten more runs above average over the second best at the position (Yuli Gurriel) and it would be a travesty if he doesn’t win.

While Lindor may have an edge on the defensive short stop award, he will likely miss out on the offensive side. Xander Bogaerts should be considered the favorite, but there were many strong performances including Semien, Gleyber Torres and Tim Anderson (although he likely didn’t play enough games to contend). Lindor has won the last two Silver Sluggers at SS while Bogaerts won the two before that.

No member of the Indians is going to take this award in 2019, so temper your expectations, but they had a pair of performances worth remarking on. The fix is in if anyone other than the Astros Yordan Alvarez takes this home as he was far and away the most accomplished rookie this year. There were plenty of other solid performances to follow, so many in fact, that the Indians are unlikely to have a top three finalist.

Starting with the strongest of the three arguments for the Indians, however, Oscar Mercado was fantastic offensively all season. He finished the year with a .269/.318/.443 as a true rookie after joining the team in mid-May. Shortly after his debut, Mercado ran off a span of 37 games where he hit .322/.365/.490 with six steals, 11 doubles and four home runs. He had two rough patches in early July and mid August, but overall was remarkably consistent, especially for a mid-level prospect thrown into the starting line-up in center field and in the top of the line-up. One knock on Mercado is that his defense was very poor during the first half of the season, although he made great strides through the season and was a very positive force in center by the end of the year.

The other two Tribe rookies were a pair of starters, Aaron Civale and Zach Plesac. The issue between these two as far as winning awards is that Civale was considerably better at every stat down the line except for innings, where he didn’t throw enough to really be considered. Plesac, on the other hand, pitched often enough, but wasn’t as efficient as many of the other rookie pitchers. They both deserve extreme commendation, however, for stepping into a rotation where they were desperately needed and filling their roles perfectly.

As mentioned in the opening, the Indians have fared well in the MVP vote in recent seasons despite not pulling down the actual winner. This is almost a certainty to happen again this year. As has been essentially true since his rookie season, Mike Trout deserves the award, but could very easily be snubbed due to his season ending injury. Five of the top eight position players in fWAR in the American League play for the Red Sox and Athletics with the two A’s, Marcus Semien and Matt Chapman, seeing a large part of their value coming from defense. Mookie Betts and Xander Bogaerts particularly stand out for the Sox due to their offensive performances.

After all this and a pair of Astros, Alex Bregman and George Springer, come the pair of Indians contenders, Carlos Santana and Francisco Lindor. How their voting comes out in the MVP race (and the voting between the pair of A’s and pair of Sox) could shed some light on how the voters rank defense compared to offense. Santana and Lindor were nearly equal in overall value, but essentially all of Santana’s value was offense based while Lindor’s was split 50/50 offense and defense. I expect they’ll both finish in the top 10, but neither in the top five.

Similarly, the Indians should have at least one pitcher get votes for the Cy Young, but won’t win the award. That honor will almost certainly go to an Astros pitcher as Gerrit Cole and Justin Verlander lead the way with Cole having the slight edge. However, Shane Bieber finished the year fifth in fWAR and fourth in ERA among qualified AL pitchers, so he should get at least a few votes. With the increase in home run rate, there were just 11 qualifying pitchers with an ERA below 4.00, so there could be an increased spotlight on those pitchers like Bieber (4th with a 3.28 ERA) who were able to keep runs off the board.

There could also be a deeper look into bullpens than normal and Brad Hand could get a vote or two based on his extreme save total, despite missing most of the end of the season. Liam Hendriks and Aroldis Chapman are other options to receive votes, although not enough to surpass the two Astros starters.