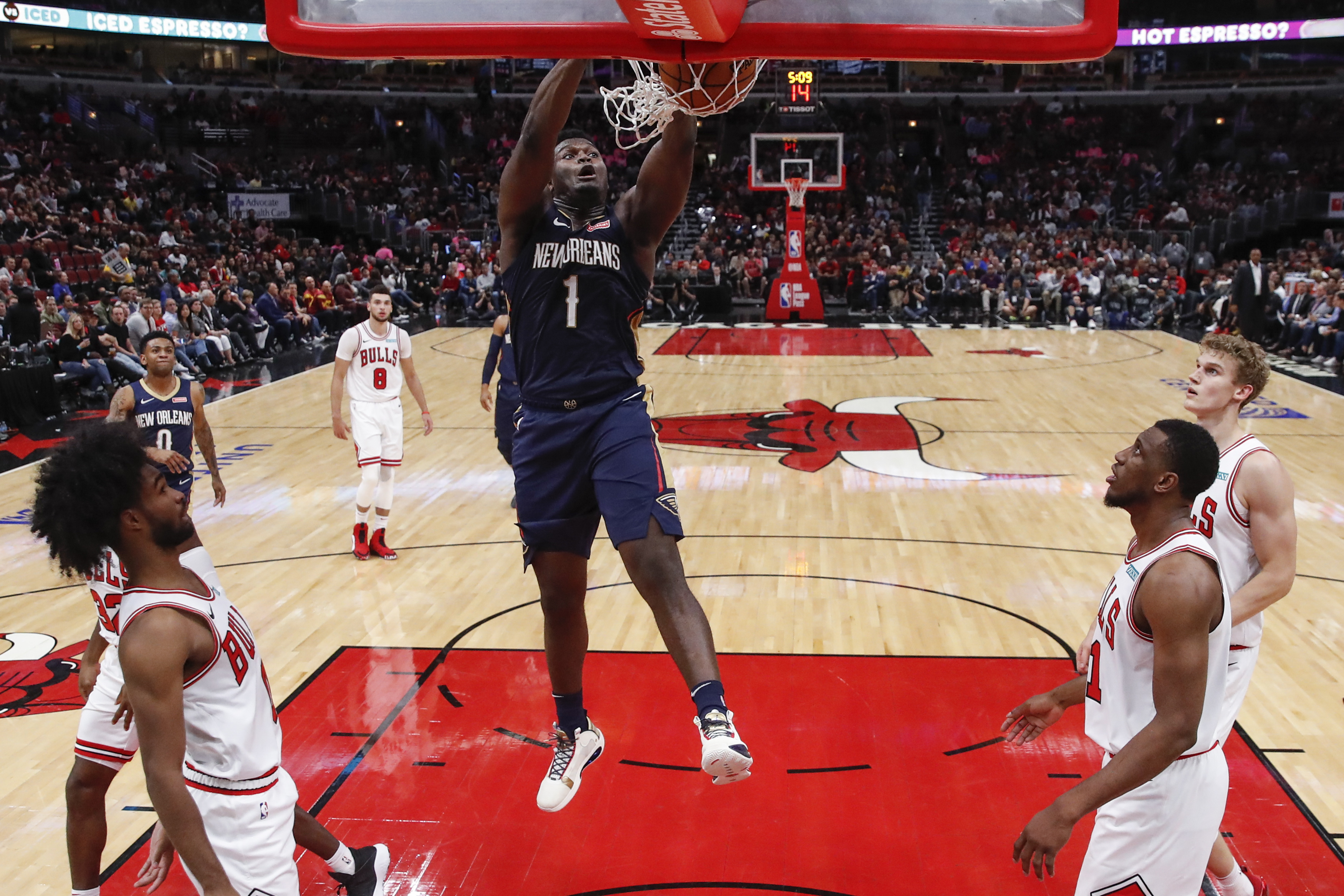 Pelicans big man Zion Williamson has already arrived and made his presence felt in the NBA, even though he’s yet to have played in a regular-season game thus far.

Williamson is the most-hyped player coming into the league since LeBron James in 2003, and he’s already showing signs that he’s worth of the No. 1 overall pick in this year’s draft.

His blend of explosiveness and athleticism will make him extremely difficult to guard, especially once he develops his outside shot. As such, he’s a walking highlight reel, which he showed during the team’s most recent preseason game against the Bulls, when he threw down a sick 360 dunk.