2019 Update to the Indians Statistical Leaders 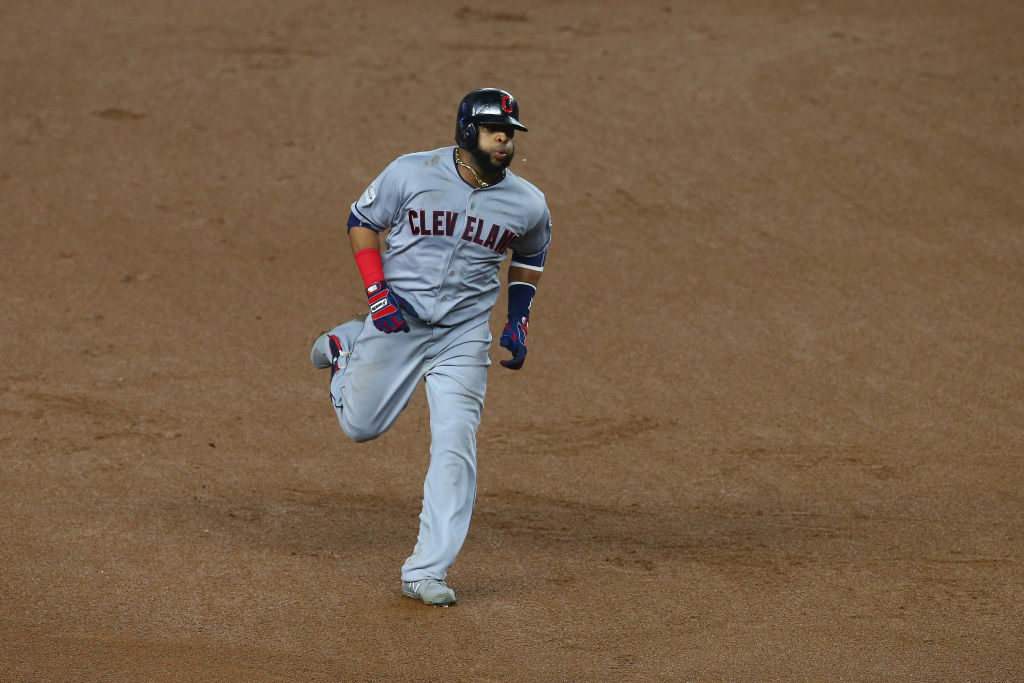 2019 Update to the Indians Statistical Leaders

With teams around the league shattering records this year in both home runs and strike outs you may expect that the Indians were doing the same. While the Indians did see some changes in their historical statistical leaders, they weren’t limited to home runs and strike outs. Surprisingly, they weren’t able to break their team record for pitching strike outs (they finished third with 1,508 behind 2017 and 2018) although they were able to break the franchise record with 223 home runs. The previous mark was 221 in 2000.

Late in the season, Carlos Santana moved in the #10 spot in career doubles with 266, surpassing Jim Thome. While some of this is a matter of longevity, something that will affect all of these career stats, Santana has played fewer games than Thome to this point in his career. Up next is Hal Trosky at 287 and, if Santana has another season at his career pace (33 per year) or even this year’s total (30), he could reach Charlie Jamieson at #7.

Kipnis also moved into the #12 spot (252) this year with Francisco Lindor and Jose Ramirez moving into the top 40.

While no individual single season records were made in home runs, Santana did move into the #8 spot, surpassing Travis Hafner. He now sits at 208 home runs and with another good season, could potentially reach Manny Ramirez at #3 and will probably reach Earl Averill at #4 (226). Lindor and Ramirez each passed the century mark in home runs this year and they, along with Jason Kipnis, are now in the top 22. None have any chance of breaking into the top ten in 2020, however.

Santana left his mark on two more career stats, one good and one bad. He’s now #3 in walks and #2 in strike outs. With 834 walks, only Tris Speaker and Jim Thome stand ahead of Santana and he will almost certainly surpass Speaker in 2020 (23 away). Thome, however, may have created an unbreakable record with 1,008 career walks in just under 1,400 games.

Thome also holds a potentially unbreakable record in career strike outs with 1,400. Santana is second with 920 while Kipnis sits third with 910.

On a completely unrelated, but more impressive note, the current Indians are the most reliable on the bases in team history. Roberto Alomar still holds the best mark for proficiency in stealing with an 86.9% success rate (min. 50 attempts) and Rajai Davis and Kenny Lofton remain at two and three, but behind them back to back at four and five are Jose Ramirez (80.7%) and Jason Kipnis (80.4%). Francisco Lindor also holds in the top ten with a 78.8% for #9.

Bieber makes a start for the Indians during 2019 spring training. – Joseph Coblitz, BurningRiverBaseball

Before getting into the K’s, there are two big career stats the help show today’s pitchers are a lot more than hard throwing wild men who only care about strike outs. With an injury shortened season, Corey Kluber didn’t move and is still #2 in Indians history in career WHIP. Addie Joss‘ mark of 0.97 in more than 2,300 innings in never going to be matched, but considering Joss played in the deadball era and Kluber today, his 1.09 mark deserves a ton of respect.

Shane Bieber passed the 300 inning minimum that I use for all pitching rate stats and now sits at #10 in career WHIP with a 1.15. Obviously, this isn’t as significant as Joss, Kluber, Gaylord Perry, Bill Bernhard or Luis Tiant who are ahead of him in the top ten, but it isn’t far from Rafael Betancourt, Heinie Berger and Cy Young, who make up the rest of the group. Mike Clevinger and Carlos Carrasco are both in the top 21 as well.

A big part of WHIP is the walk and Bieber is even better than Kluber at avoiding them. He now ranks 7th in walk rate with 1.72, behind Paul Byrd and ahead of Cy Young. This pushed Kluber back to #10 with 1.96 BB/9. Carrasco now sits at #17.

The other side of WHIP is the hits and Mike Clevinger is incredible at limiting those. His 7.2 H/9 is tied with Cody Allen for fifth fewest in Indians history. Herb Score‘s team record of 6.2 per nine isn’t too far away.

Bring on the K’s

Finally, we have our grain of salt stat, the strike out. As a league, 42,823 batters struck out, a new MLB record that surpassed the 2018 record by more than 1,600. In fact, a new K record has been set every season since 2008 with every single season surpassing the previous one. Because of that, we should expect to tear up the record books every year considering k’s.

With Kluber and Carrasco missing most of the season, however, and Trevor Bauer being traded mid-season, the only shot at a single season record was Bieber, who k’d 259, 12th most in franchise history. The most impressive aspect was that he did it in 214.1 innings, giving him the second highest total ever with under 240 IP (Kluber had 265 in 203.2 IP in 2017). As could be expected, Bieber’s 10.9 K/9 was the third highest qualified mark in Indians history behind Kluber in 2017 and Bauer last year.

Continuing on with k-rate, but moving to career numbers, the entire list should be familiar to everyone. Cody Allen remains #1 with 11.5 per nine among those with at least 300 IP followed by Danny Salazar, Shane Bieber and Mike Clevinger, all active in 2019. Paul Shuey is still fifth with three more 2019 pitchers to follow, Corey Kluber, Trevor Bauer and Carlos Carrasco. Removing relievers, all six of the highest K/9 starters pitched for the Indians in 2019.

Carrasco is also in the top ten at #8 (1,223), surpassing Mel Harder who threw nearly 2,300 more career innings. He should move past Charles Nagy in short order next year and is within easy striking distance of Early Wynn and Bob Lemon who are tied for fourth with 1,277. Expect more movement on this list in coming seasons as Clevinger will likely move into the top 25 next year and Bieber the top 50.