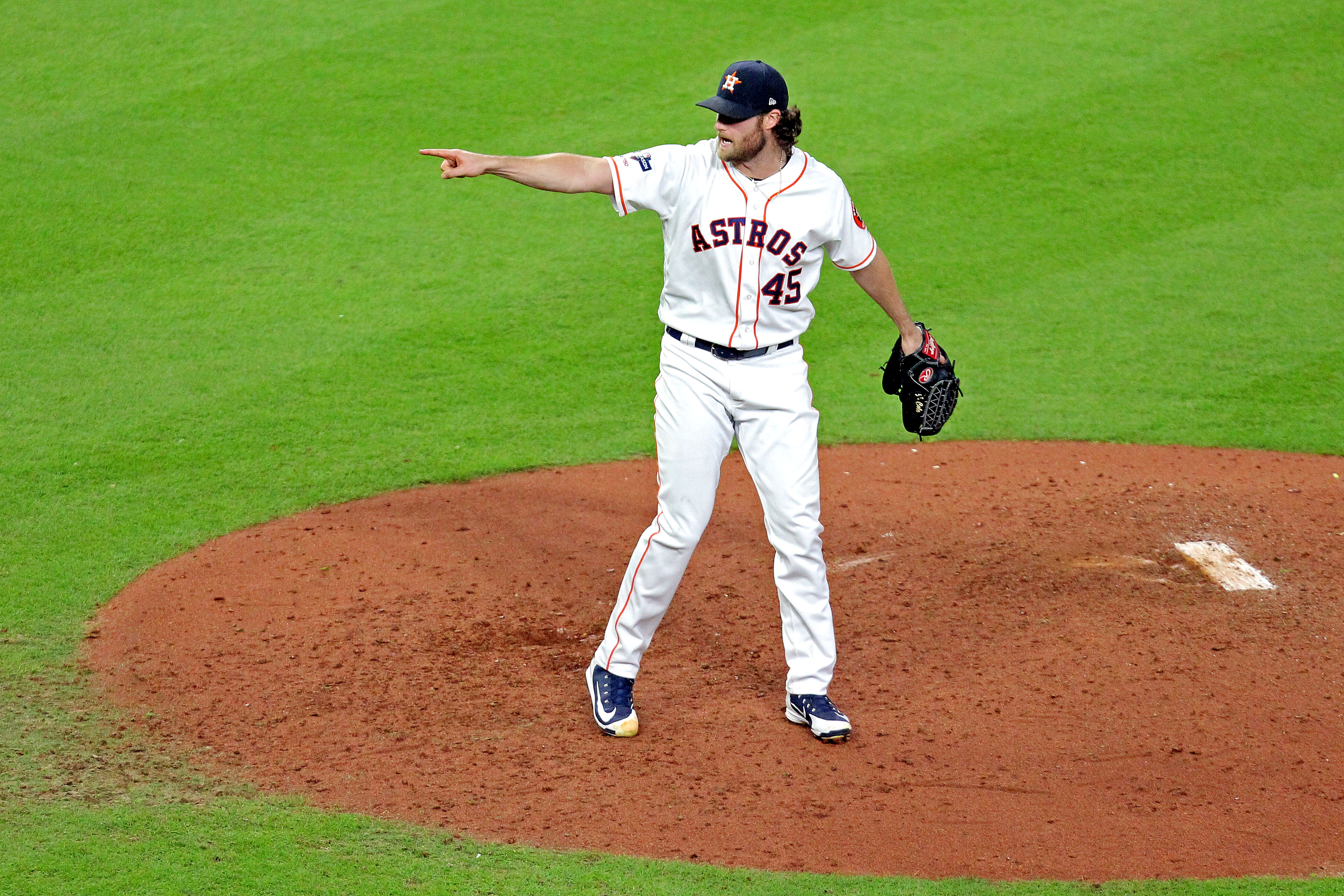 The Houston Astros are preparing for their third appearance in the American League Championship Series since 2017. A lot of it has to do with starting pitcher Gerrit Cole just being in another stratosphere right now.

There seem to be an endless number of jaw-dropping statistics that the right-hander produced in two dominant starts against the Tampa Bay Rays. However, if there’s a good one that really sums everything up, it’d be this one from Jayson Stark of The Athletic:

I'm not sure I've ever seen a postseason series end with the starting pitcher sprinting to the mound to hug the closer before the catcher gets there. But Gerrit Cole earned that hug.

You know what really stands out, though? The fact that while his ALDS numbers were eye-popping in every way, they weren’t much different from what he did throughout the regular season. The sample sizes are lopsided, but it’s not like this production came out of nowhere. Yes, he’s somehow found a way to get to an even higher level, but check out the similarities thus far as he prepares to face the New York Yankees:

There are some big differences because of the sample-size issue, but his strikeout rate, walk rate, and for the most part, his WHIP don’t look terribly out of line with one another.

This is even less surprising when taking his current postseason performance and putting it up against how he performed in these same categories over the final four months of the regular season (especially if we focus in on August and September).

So if we look at it this way, Cole’s otherworldly start to October is just a continuation of what he had been doing the two months prior. The only difference is that the entire baseball world is watching him without many other distractions.

While the Rays were a top-10 offense in 2019 when looking at team wRC+, Cole has a much different challenge on his hands with the Yankees. The Astros’ 125 team wRC+ was the best in baseball during the regular season, but New York was right behind them with a 117 mark. That number was powered by 306 total home runs, which were second in baseball to the Minnesota Twins.

Cole has only faced the Yankees once this season. He allowed three runs on four hits, three walks, and six strikeouts in seven innings pitched while getting the no-decision. That game took place all the way back on April 9th, though, and one can argue that the right-hander is in a much different spot than he was then.

This ALCS matchup sure is going to be fun.