Your Morning Dump... Where we've got Jaylen news and Magic previews 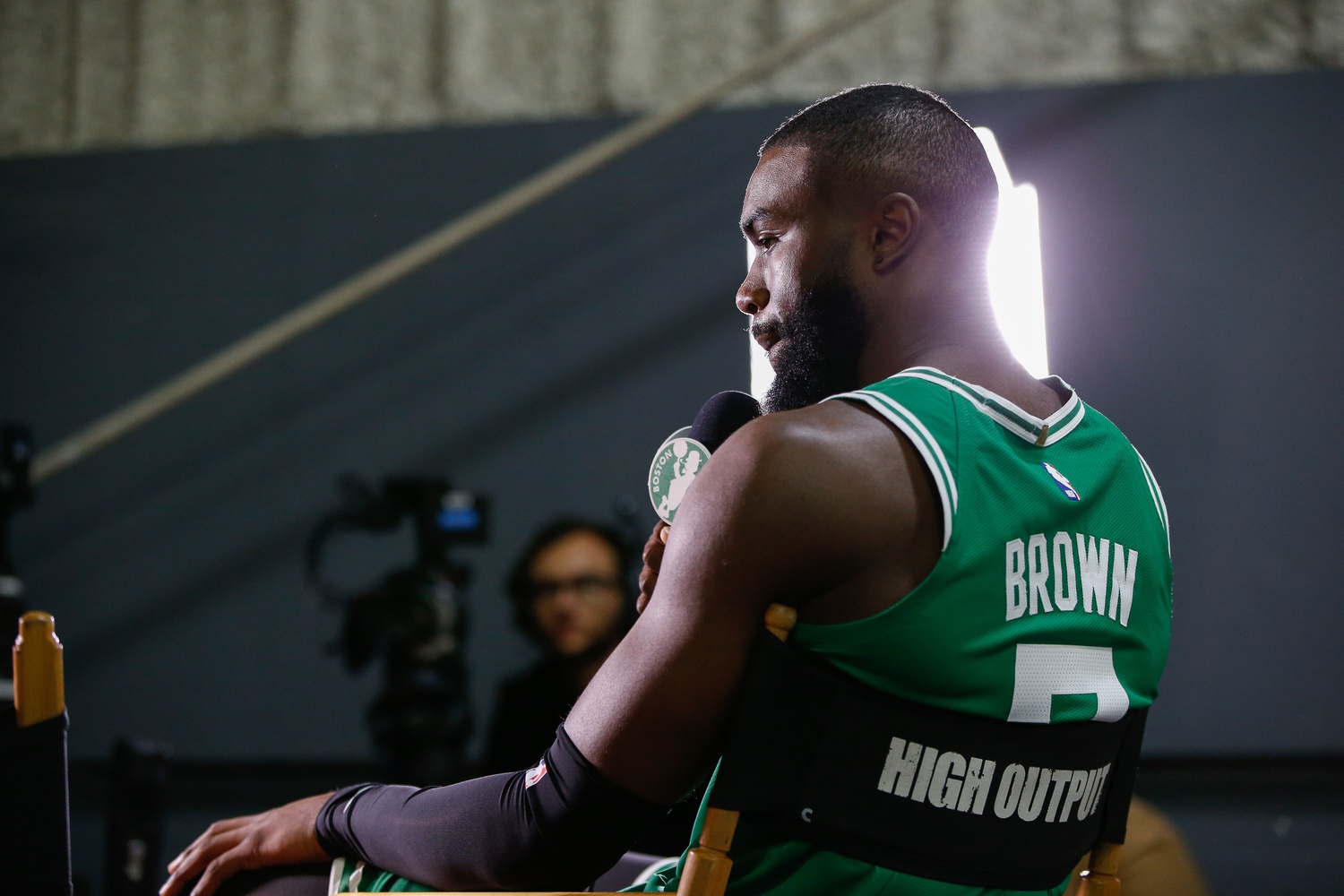 Your Morning Dump... Where we've got Jaylen news and Magic previews

According to Brown, he has hired Jason Glushon to lead his negotiations. Blushon also represents former Celtic Al Horford.

Prior to this season, Brown represented himself but he kept agents as advisors. But with a crucial negotiation looming, Brown seems to have decided to spend the money to help himself secure the biggest bag possible.

But Brown emphasized to the Globe that he is focusing on basketball right now, not his contract negotiations.

“I think just coming out and playing basketball is all I’m concerned with,” Brown told Adam Himmelsbach. “The media, the headlines, the articles that are being written about it, I think that’s more of a distraction more than anything. I’m just focused on basketball.”

First off — it made a lot of sense for Jaylen to skip the agent for his rookie contract. Since 1995, the NBA’s collective bargaining agreement has had the values of rookie contracts for first round picks baked into it. The CBA specifies a flat value per pick, and teams may pay anywhere from 80% to 120% of that value with their picks.

The Celtics–as with most teams–pay 120% of the rookie scale as a matter of course.

Therefore, there really wasn’t much for an agent to do with Jaylen Brown’s first contract, meaning he kept the agent’s 15% fee for himself.

However, this next deal is quite a bit more complicated. As a restricted free agent, Jaylen is going to get the highest offer any team makes for his services; the Celtics can’t lowball him. But this is where a good agent is valuable: A good agent will maximize the contract offer or offers that come in from other teams.

Meanwhile A. Sherrod Blakely has his preseason spotlight on Jaylen:

It’s a successful season for Brown if …

… his playing time continues to exceed the 25-minute barrier. When he played at least 25 minutes last season, the Celtics were 25-16 (.610 winning percentage). When he played less than 25 minutes, Boston was 18-15 (.545 winning percentage). Because of the versatility that Brown has shown in the past and continues to display now, Boston is going to need him to be a defensive jack-of-all-trades this season.

This coincides with my observations from a couple weeks ago; the departure of Marcus Morris opens up minutes for Jaylen Brown, and with more time on the court, he should be proportionally more impactful and more valuable to the Celtics. I don’t think he’s a guy who’s going to be less useful if he’s given more minutes.

It’s a disappointing season for Brown if …

… he gets lost in the player shuffle and allows that to affect his play and potentially, his contract situation going forward. He has displayed a level of mental toughness during his time in Boston that makes one believe he’ll be fine. But this is new territory for the soon-to-be 23-year-old Brown, going through his first season with free agency likely around the corner.

As noted, the departure of Marcus Morris opens up a lot of front court minutes; some of them will go to Hayward and Tatum, but certainly not all of them. Also, Brown saw exactly what Terry Rozier’s sour attitude did to the team last year, and he doesn’t seem like the kind of guy who’ll follow that example.

Page 2: Where John’s got a preview of the Magic game

Can we throw out Robert Williams’ previous game?

…Williams has a chance to erase a worse-than-usual game by simply having a solid one.

This is a key point: Rob Williams doesn’t need to do more than what he’s shown in practices and drills in order to keep the starting spot. He seems to be making that typical young player mistake of pressing, of not realizing that if he plays within himself, he’ll be good enough to start.

Both had basically perfect nights in terms of shot selection against Charlotte. Again, Orlando is a biiiiig team, so what we need to see is whether both Tatum and Hayward will continue attacking or whether they’ll get scared off by the trees.

Shot selection was a huge issue for these two guys last season. Understandably, Hayward was going to lack confidence in his surgically repaired ankle, and, also understandably, Tatum struggled once stopping him became a primary focus of defenses.

The goal of defense in basketball is not to prevent shots—relatively few NBA possessions end with turnovers or shot clock violations. The goal is to force—or lure—the offense into taking bad shots. Long twos, contested threes, layups in traffic, or shots by guys that aren’t very good shooters.

Using FTAs as a proxy for aggressiveness, Hayward’s FTAs in 2018/19 were 2.6 per game, down from 6.1, 6.0 and 5.9 his last three years in Utah. Factoring in the decreased minutes Hayward logged in Boston last season and you’ve got a drop from 5.8 minutes per FTA to 10 minutes per FTA. Using rolling ten game averages, Hayward’s FTAs don’t start to drop meaningfully until after the All-Star break. By the end of the season, he was down to about six to eight minutes between FTAs.

Wide open shots outnumbered open shots almost two-to-one. Tatum’s ability to shoot ‘open’ shots and ‘tight’ shots (a defender within two to four feet) was almost identical as a rookie (eFG% of 39.2% for tight shots, vs. 40.3% when open).

In his second year, Tatum’s open attempts were just about equal to his wide open attempts (23.7% of all shots vs. 23%), and while Tatum shot considerably better when open (eFG% of 52.5% vs. 40.3%), that number was significantly lower than his percentage for wide open shots (which actually improved slightly last year to 66%).

If Tatum is able to further improve his ability to hit open shots, he should have a significantly better season—certainly, he can’t expect to have a third of his shots come with no defender closer than six feet.