Aaron Jones has funny response to getting fined for TD wave 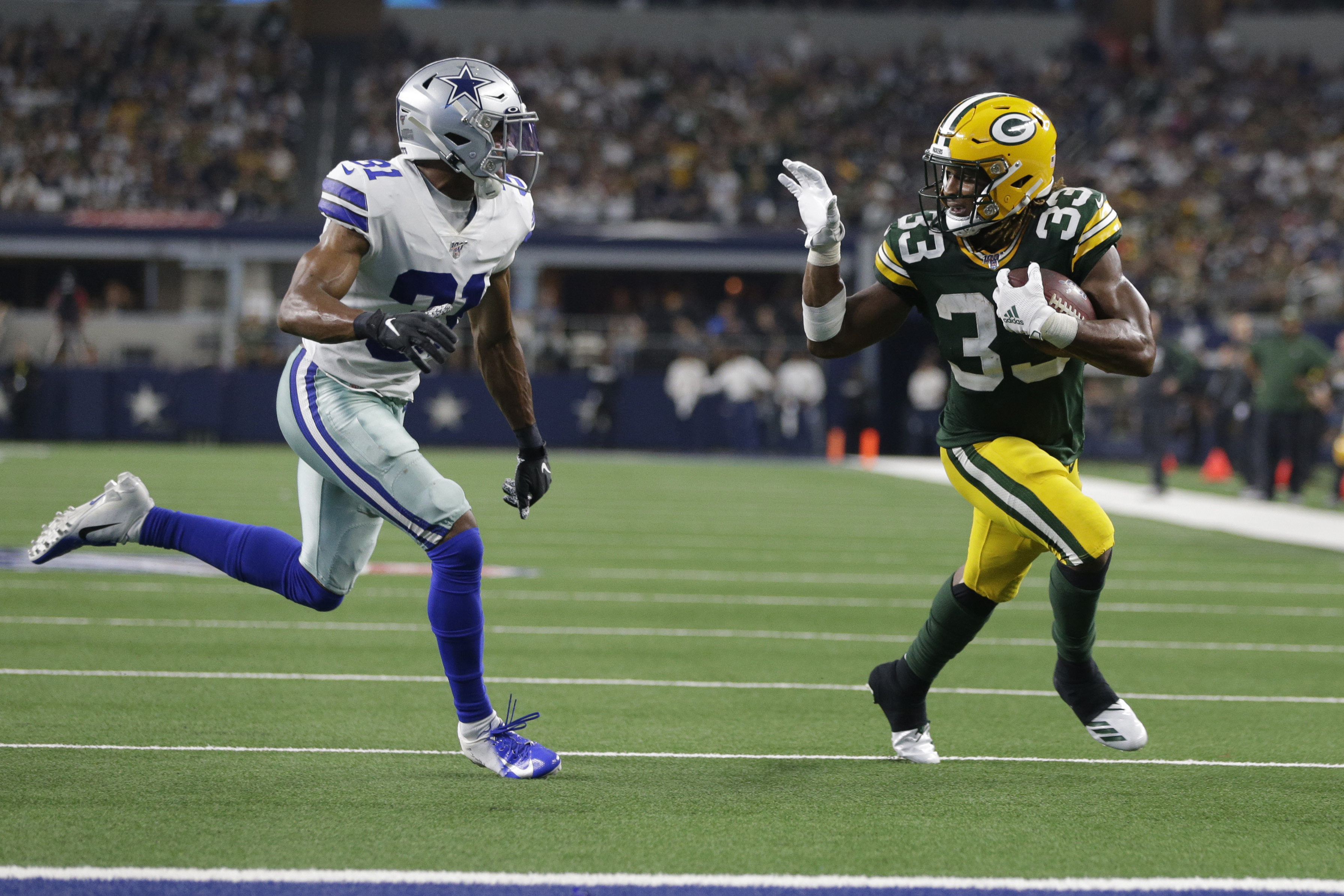 Aaron Jones has funny response to getting fined for TD wave

Aaron Jones had a little fun at the expense of the Cowboys last Sunday when he waved “bye-bye” to a defender on the way to one of four rushing touchdowns, but it didn’t come without consequences.

The Packers running back revealed on Friday that he got fined $10,527 by the NFL for taunting. His response to the whole thing was actually pretty funny.

“I can’t say it’s worth it, but it’s a dope picture,” Jones said, per ESPN’s Rob Demovsky. “I’m going to have that blown up.”

For what it’s worth, the Dallas defender that Jones waved to wasn’t upset over the taunt.

Jones has had quite the season for the Packers. His eight rushing touchdowns lead the league. Safe to say he’s earned the right to celebrate a little bit.