Look: Texas, Oklahoma players get into scuffle before game even kicks off 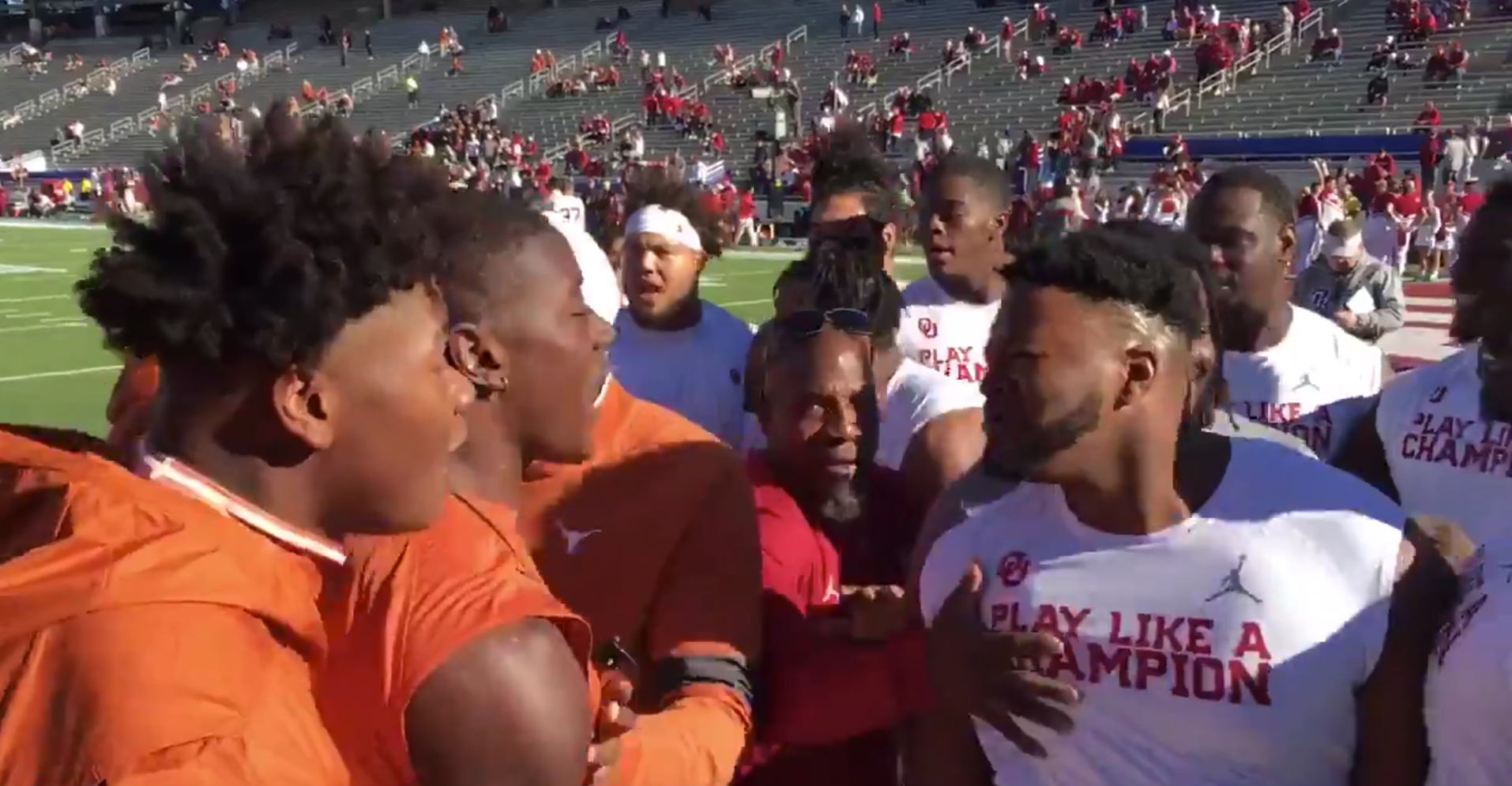 Look: Texas, Oklahoma players get into scuffle before game even kicks off

Texas and Oklahoma proved on Saturday that the Red River Rivalry is alive and well after both teams got hit with penalties before kickoff.

There were multiple scuffles before the game. One occurred near the tunnel of the stadium as players from both teams were finishing up warm ups.

Red River Rivalry getting off to a hot start 😳 *NSFW*

The other took place at midfield close to kickoff. The refs did their best to hold players back, but they eventually slapped both teams with unsportsmanlike conduct penalties to keep the peace, meaning any player flagged for the same penalty during the game will be ejected.

Things got heated during pregame ahead of the Red River Showdown 😳 pic.twitter.com/HXLZPfTxB8

It doesn’t come as a surprise that these two teams don’t like each other. The sixth-ranked Sooners and 11th-ranked Longhorns have a lot riding on this game, which only adds to the tension.