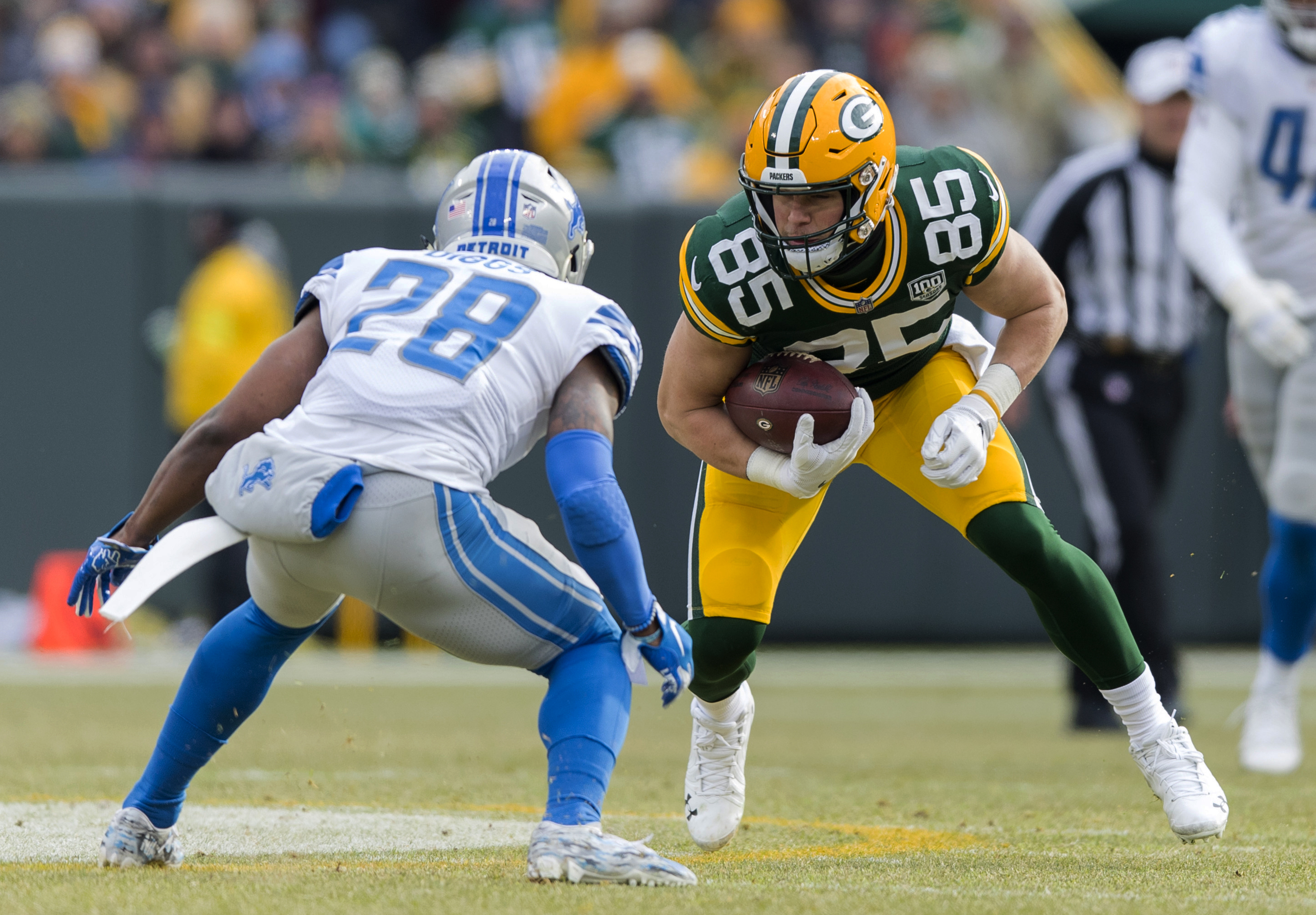 The Green Bay Packers make their first appearance on Monday Night Football in Week 6 when they host the Detroit Lions at Lambeau Field. The Packers enter the game in first place in the NFC North with a 4-1-0 record while the Lions enter the contest at 2-1-1. The Packers defeated the Dallas Cowboys 34-24 in Dallas a week ago while Detroit enjoyed their bye week. The Lions lost their last game to the Chiefs 34-30 two weeks ago.

These two NFC North rivals first met in 1930 when the Lions were known as the Portsmouth Spartans. The Packers lead the series 98-72-7 during the regular season and have won both playoff matchups. The Lions have won the last four games between the two teams including a 31-0 win at Lambeau Field in last year’s season finale.

Here is a look at the six key factors that will determine who will win Monday night’s game in Green Bay:

1. Get Pressure on Matthew Stafford

Quarterback Matthew Stafford remains the focal point of the Detroit offense and he is off to a good start over the first four games of this season. The former Georgia star has thrown nine touchdown passes in four games and just two interceptions. His quarterback rating is 102.6.

Stafford has been sacked seven times thus far this season and getting pressure on Stafford will be a key for the Packers. If he has time to throw, the strong-armed Stafford can pick apart most defenses with his strong arm.

The Packers pass rush has been supplied primarily by the Smiths, Za’Darius and Preston, coming off the edge. Za’Darius Smith is nursing a knee injury but did participate in practice Friday and as of now is expected to play Monday night.

The Packers need to prevent Stafford from getting into a rhythm or it could be a long day for the Green Bay defense. Expect defensive coordinator Mike Pettine to move the Smiths around including possibly some rushes from the inside to take advantage of Detroit’s weakness there on the offensive line.

2. Slow Down the Lions Wide Receivers

Detroit has a strong trio of wide receivers in Marvin Jones Jr., Kenny Golladay and Danny Amendola. Jones and Golladay have hurt the Packers in the past and the Pack must contain them if they hope to slow down the Detroit passing attack.

Jaire Alexander must bounce back from a subpar game in Dallas which saw him give up too many big plays. Kevin King’s availability has made a big difference for the Green Bay secondary this season, but King has been playing through knee and groin injuries and may have to gut out another performance on Monday. Even third CB Tramon Williams is on the injury list for Green Bay this week as is safety Darnell Savage who still hadn’t practiced as of Friday and was seen in a walking boot at times this week.

The Packers cannot let Golladay and Jones beat them deep. They must make Stafford earn his trips downfield on longer drives and force him into mistakes.

It also looks like TE T.J. Hockenson will play for Detroit. Hockenson has the ability to make plays downfield and the Green Bay safeties will have to contain him and not let him have a dominant game.

The Packers ran the ball very well against Dallas, a team that is stronger against the run than Detroit. Green Bay may want to attack Detroit in the middle of the field, especially with former Packer Mike Daniels likely out with an injury and Da’Shawn Hand and A’Shawn Robinson who both may play but are nursing injuries.

Aaron Jones was the catalyst for the offense last week. With Davante Adams likely out again this week, the Packers will need to run the football enough to maintain balance on offense and keep the chains moving.

Jamaal Williams is expected back in the lineup after missing last week’s game against Dallas with a concussion. Williams will add another element to the Green Bay attack, especially in the passing game although Jones has improved as both a blocker and receiver over the past two seasons.

The Packers always need to protect Aaron Rodgers to make the offense run smoothly. Last week, they were able to keep Rodgers upright for most of the game against the Cowboys and the result was their best offensive performance of the season.

Bryan Bulaga is having an outstanding year and continues to shine. Center Corey Linsley left last week’s game with a concussion and was a limited participant in practice this week. If Linsley can’t go, Lucas Patrick will again fill in at center. Patrick did a solid job last week in Linsley’s absence.

Left tackle David Bakhtiari has gotten off to an uneven start this season and is taking more penalties than he has in the past. He needs to step up his game and return to the outstanding play he demonstrated over the past few years.

If Rodgers has time, the Lions secondary is vulnerable. Detroit ranks 29th in the league against the pass, allowing more than 280 yards per game. Their best cover corner, Darrius Slay, has been limited in practice this week due to a hamstring injury as has strong safety Quandre Diggs.

The Lions are running the ball better and more often than they have in recent years. Second year back Kerryon Johnson gets most of the work and although he is averaging only 3.4-yards per attempt, he is a good back who can move the football.

Green Bay did a very good job of taking Ezekiel Elliott out of the game by taking an early lead, but that doesn’t mean they stopped the run outright. Pettine usually emphasizes stopping the pass first and is willing to sacrifice some run defense to accomplish that goal.

The Pack needs to keep Johnson from having a big game. If the Lions are facing second and long and third and long consistently, the Packers defense will have a big advantage in this game. Expect Oren Burks to see more action at ILB each week as he gets healthier and back into football shape.

The Packers entered this weekend tied with the Patriots for the league’s best turnover differential with a plus-seven. They need to continue to do this against Detroit. Stafford has only thrown two picks this year, but he has also fumbled three times and lost two of them.

If the Pack gets pressure on Stafford, they can force him into mistakes. The Green Bay defense has given up a lot of yards at times this season, but they’ve been outstanding at getting the ball back and giving the offense a short field to work with. If they can continue this, they should have a great chance of winning the football game.

The Lions are a much-improved football team and the Packers cannot take them lightly. Detroit is eager to prove their strong start to the season was no fluke and that they deserve respect and beating the Packers in Green Bay on national television is a great way to accomplish that goal.

The Packers can improve their record to 3-0 in the division with a victory and should be able to move the ball on the Lions. The defense should do just enough to make a few key turnovers and that should help win the game.