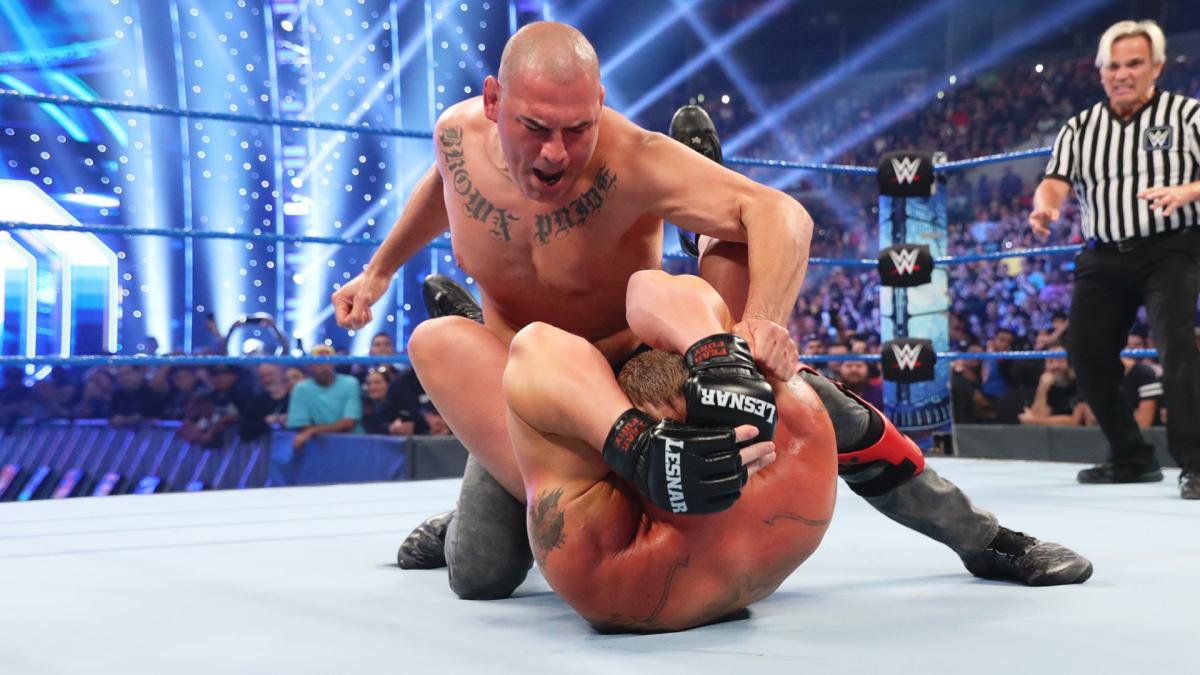 As speculated, the match has been made official by WWE as the current WWE Champion Brock Lesnar will take on the newly signed Cain Velasquez.

The two former UFC competitors were at the press conference for Crown Jewel earlier today to promote the match that was announced between the two.

Cain and Brock talked about their fight in UFC back in 2010. Brock talked about waiting for nearly 10 years for this moment and how he will have his vengeance from that night and Cain wants revenge for what Brock did to Rey Mysterio and his son Dominick on Raw.

On the September 30th episode on Raw, Brock Lesnar made an appearance as Rey Mysterio was cutting a promo at the beginning of the show. Brock would plant Mysterio with an F5 and then turn his attention to Rey’s son Dominick, who was sitting in the front row.

The Beast would grab Dominick from the audience and throw him over the barricade and at ringside. Brock would assault Dominick by sending him into the steel post multiple times and giving him numerous german suplexes in the ring. Dominick and Rey would then be planted again with F5’s by Lesnar before Lesnar left the ring.

On the debut episode of SmackDown Live on FOX, Brock Lesnar defeated Kofi Kingston in 5 seconds after planting him with an F5 to pin him and win the WWE championship once again.

After the match, Rey Mysterio’s music hit but he was not alone as a familiar foe of Brock Lesnar came out to the stage with him, Cain Velasquez. Cain took down Brock in the middle of the ring and pummeled him down, causing Brock to retreat.

Brock and Cain have fought at UFC 121 back in October 2010 where Cain would defeat Brock by TKO. Now Brock and Cain will have their rematch in Saudi Arabia inside of a wrestling ring rather than an octagon.