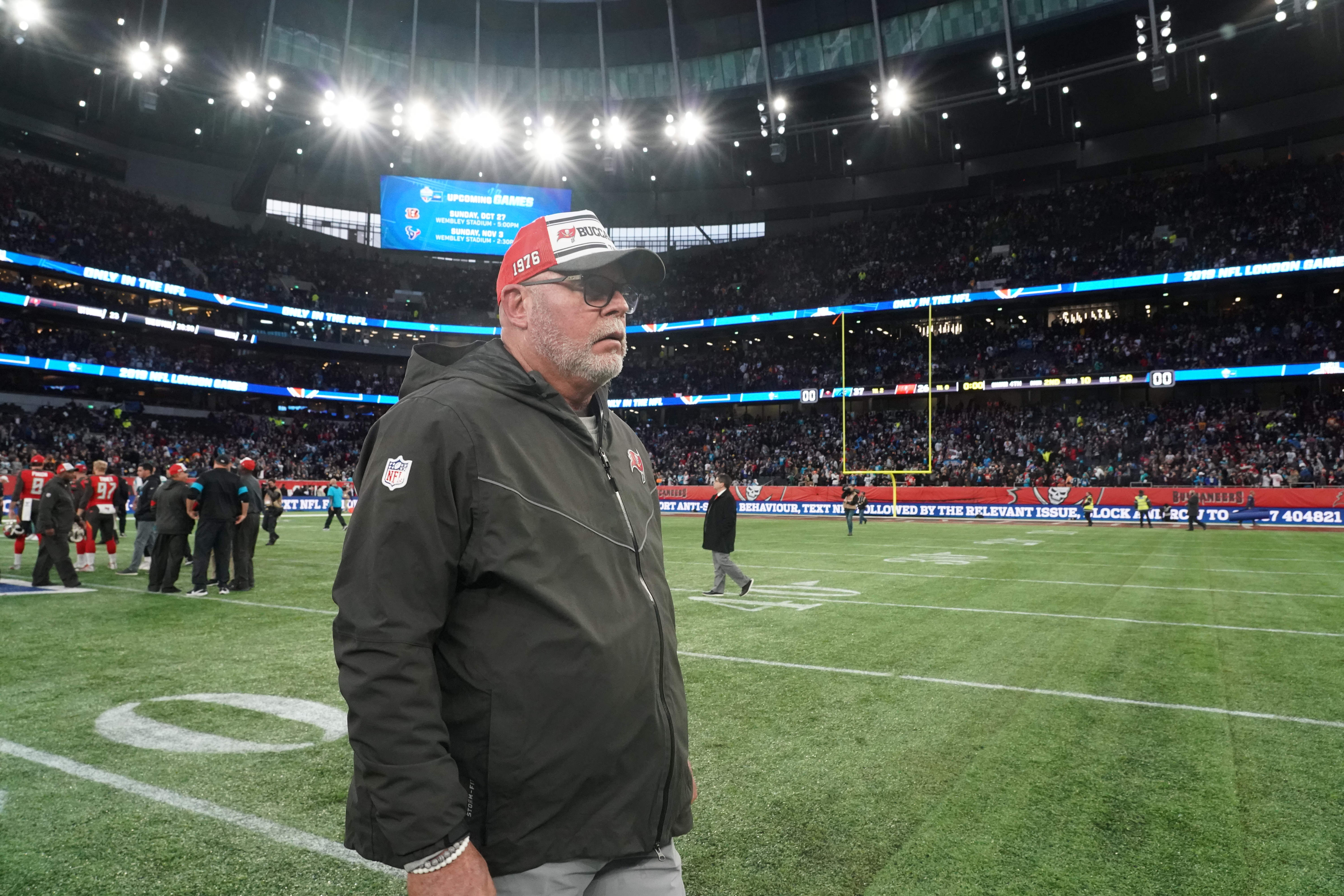 Bucs quarterback Jameis Winston was a turnover machine in London on Sunday, and the result was a 37-26 loss to the division rival Panthers.

Winston threw for 400 yards, which often results in a win. However, he turned the football over a ridiculous six times, as it appears some old habits can’t be broken.

Head coach Bruce Arians has worked with Winston on his decision making and turnover issue since taking over, but he knows that his quarterback still has a ways to go in terms of ball security. Here’s what he had to say about Winston’s six-turnover performance after the loss.

Bruce Arians on what he said to Jameis Winston after second straight fumble, just before half: "Throw the damn ball away. You avoided one. You might have avoided two. You ain't thrown it anywhere. … Throw it away. He has a habit of trying to be Superman."

Arians seemed pretty angry about how his quarterback played, and he’s right, Winston should’ve lived to fight another down, rather than throwing into coverage, or when under duress.