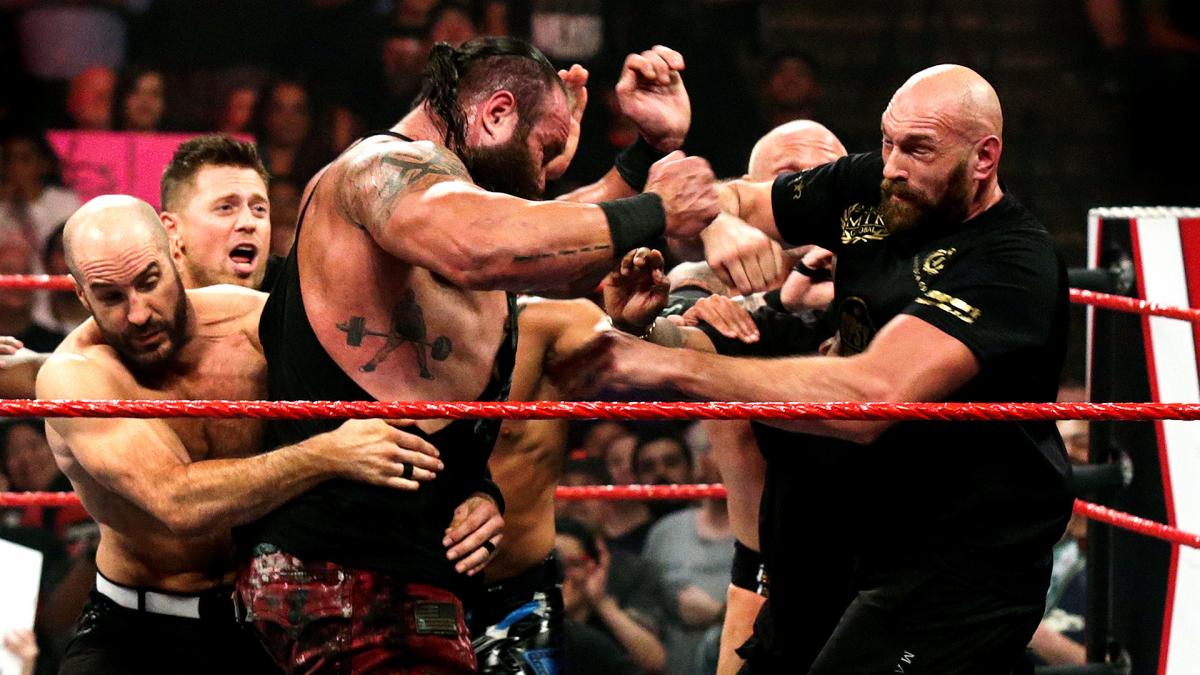 The announcement was made during a press conference for the event in Saudi Arabia. The two men also commented at the press conference about their upcoming match at Crown Jewel and went face to face with one another to promote the match.

Things got intense when @BraunStrowman and @Tyson_Fury shared the stage after their match at #WWECrownJewel was made official! pic.twitter.com/BkvKZZnXaZ

The altercation and rivalry between the two giant athletes began on the debut episode of Smackdown Live on the FOX network when Tyson Fury was in attendance, sitting front row and watching Braun’s tag match as he teamed up with Heavy Machinery and The Miz to take on AJ Styles, Randy Orton, Dolph Ziggler and Bobby Roode.

Braun and Tyson greeted each other during the match and had a friendly confrontation with each other until Ziggler attacked Braun from behind. Braun would fight back and throw Dolph Ziggler right into Tyson Fury.

Braun would end up getting the victory by pinning Ziggler after the powerslam. However, Tyson would hop over the barricade to confront The Monster Among Men.

All of WWE security and officials came out to try and prevent Tyson from getting physical with Braun which led to Tyson being escorted out of the building.

This past Monday on Raw, Tyson appeared on Raw to demand an apology from Braun for provoking him on SmackDown.

The two men would trade verbal insults back and forth until they would brawl in the ring leading to the entire locker room, including officials and security, coming out to try and separate the two giants.

Braun would head backstage as it looked like the locker room and officials had separated them until Braun would come back out and go right after Tyson once more as the show went off the air.