ALCS: Carlos Correa hits a walk-off home run against the Yankees to tie the series (Video) 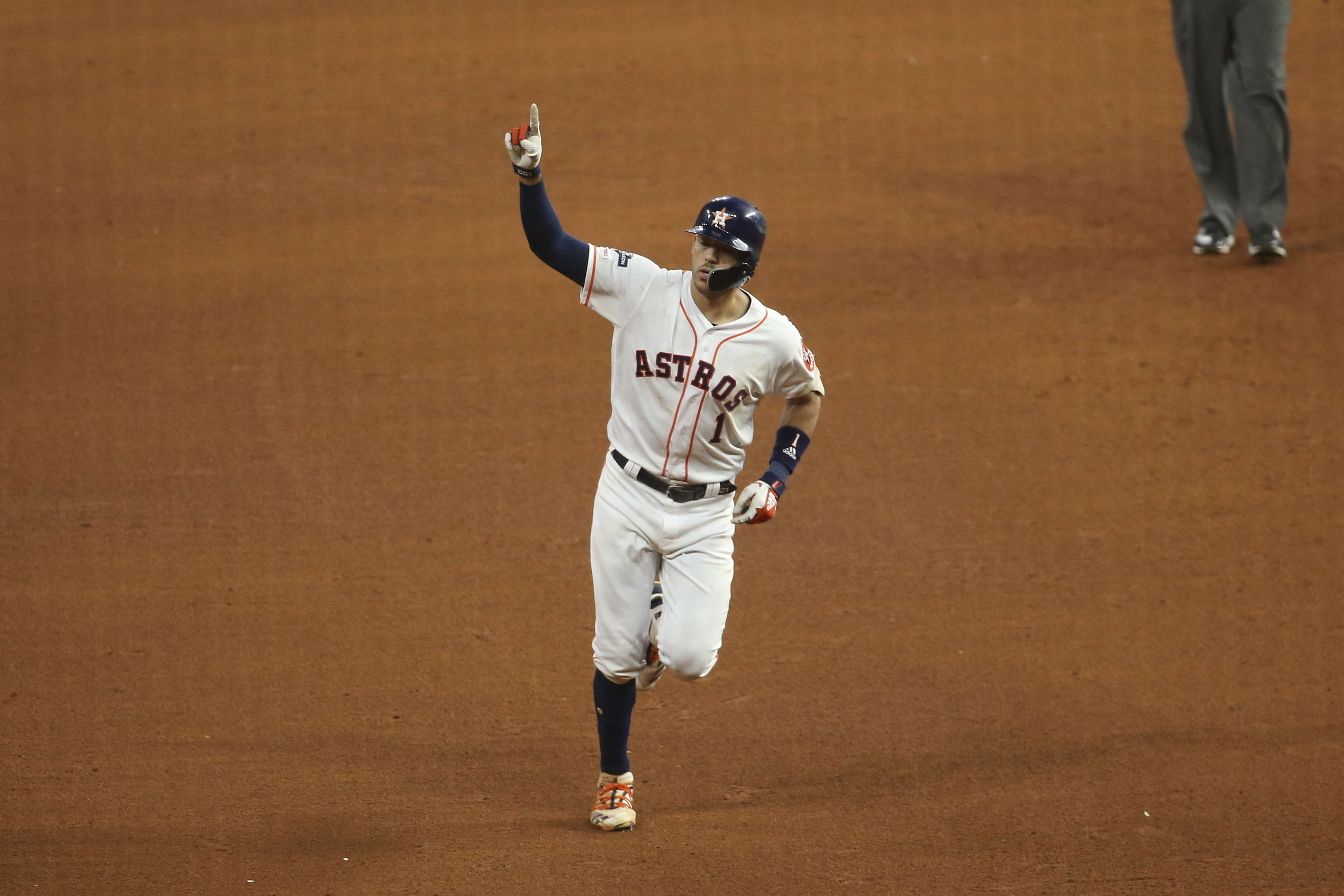 ALCS: Carlos Correa hits a walk-off home run against the Yankees to tie the series (Video)

You just knew that there would be fireworks when the Astros and Yankees were set to face off against one another in the American League Championship Series. By the end of the night, legit fireworks were firing out of Minute Maid Park.

Carlos Correa, who scored the first run of the game back in the second (an RBI double), hit a walk-off home run against the Yankees in the 11th inning. The hit off of J.A. Happ went into the right field seats. Now tied 1-1, the series heads back to the Bronx on Tuesday afternoon.

HOUSTON, WE HAVE A WALK-OFF!!! pic.twitter.com/mGz9LZDEx5

That was the fourth postseason walk-off home run for Correa and the Astros. It was also the third time tonight Correa saved the game for the Astros.

Besides the double in the second, Correa helped out on the field. A bobbled ball by Jose Altuve following a Brett Gardner hit almost blew the game open. Correa grabbed the ball and nailed D.J. LeMahieu at the plate.

Exhale @Astros fans. @TeamCJCorrea with the heads up play and this game stays tied! #ALCS pic.twitter.com/eBvrQx9qG3

This was a moment Correa will never forget. It was also the moment he needed, as Correa was 3-for-22 prior to tonight. Perhaps this is the wake-up call he needs to lead the Astros to the World Series once again.

The first half of the game was a true pitching duel, sort of. Justin Verlander pitched 6.2 innings of five-hit ball, striking out seven. James Paxton only pitched 2.1 innnings, but the Yankees bullpen was solid. Prior to Happ, the crew pitched 7 2/3 innings of two-hit ball with ten strikeouts. Jonathan Loaisiga walked two, which gave Aaron Boone no other choice but to bring in Happ.

While it was not a homer-heavy game as many expected, there was damage done by Aaron Judge, George Springer and Correa.

The Astros will now rely on Gerrit Cole to give them the series lead inside Yankee Stadium. Luis Severino will be on the mound for the Yankees. Although early, this game will truly be the main attraction on a busy Tuesday.