Season Predictions, Day 1 of 10: What will the Celtics' record be? 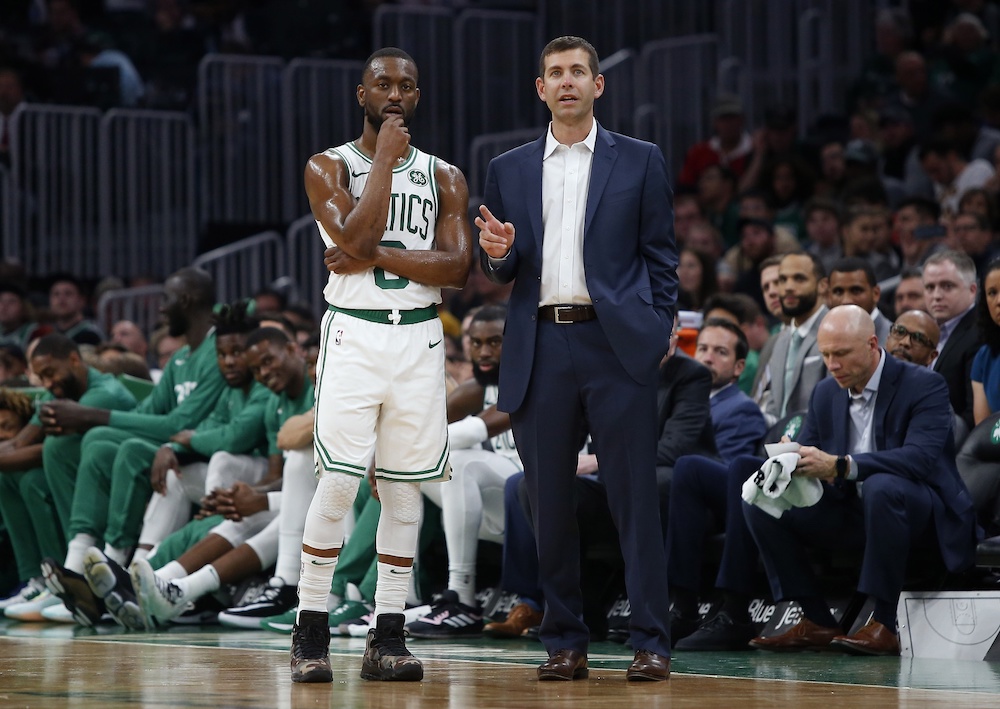 Season Predictions, Day 1 of 10: What will the Celtics' record be?

We’re 10 days away from the Celtics taking the floor in Philadelphia to tip off the 2019-2020 season. The staff at Red’s Army will give 10 predictions before it all gets started.

What a difference a year makes. When we did our staff predictions last year, there were visions of 60+ wins, an NBA finals berth and John Karalis was still co-captaining this crew. This season, there’s less optimism regarding Eastern Conference domination, and while John’s still our guy, he’s doing his thing on the beat at Mass Live. We miss you, John, but the pontificating and prognosticating from our crew must go on.

We start with our predictions for the Celtics win-loss record in the regular season. Sorry to spoil things, but you won’t see any 60s below. On to the picks:

Explanation: I think the Celtics lack of solid front court options, especially defensively, is going to make for plenty of nights where they just simply can’t get enough stops. Get ready for 25-12 nights from the Bam Adebayos, Julius Randles and Wendell Carters of the world and some disappointing losses to middling Eastern Conference squads. There’s still a ton of talent, and likely a more harmonious group, and so even though there’s less talent this year, their record should be almost identical.

Now that the break-up with the toxic girlfriend is complete, the air around town is crisper, the roses are redder, and the smiles are brighter. Oh, and the product on the floor will be better. The two Js have added new aspects to their games, Kemba looks like Kemba (which is 85% of Kyrie) and Gordon Hayward is now two years removed from the injury. At least one of the rookies will contribute meaningful minutes on a given night. Sure, there’s a gaping hole on defense, but Brad will patch it together. And the explosive potential of this offense could offset any defensive shortcomings.

Explanation: Last season, everything went wrong, so this season I’m going full optimist and expecting everything to go right as a way of balancing the scales of basketball justice. The Bad Karma Man is gone, but the Cs still have an All-NBAer; two young wings about to make The Leap; a serious DPOY candidate; a legit squad of rookies; and possibly, finally (please please please Hoop Gods), Utah Gordo.

Explanation: After a year of dysfunction and a team that looked like they’d rather claw their eyes out than play together, it looks like they at least like each other at this point and that chemistry could go a long way. There’s also a vibe that they have a chip on their shoulder this year and are out to prove the naysayers wrong. While they’ll have issues at times due to how thin their frontcourt is, they’re too talented top to bottom and I expect them to surprise a lot of people en route to a 50+ win season.

Explanation: The potential for serious defensive struggles is clear without the frontcourt strength of the departed Horford and Baynes—but on the general strength of talent and offensive potential, they will win more games than the 47/48 Vegas has them projected to win.